Nano-layer deposition of metal oxides via a condensed water film

Water content in the oil is always considered an exciting matter for scientists due to the numerous applications and the fascinating physics involved. Historically, it is a matter on how to separate them in favor of a specific purpose, for instance, in the oil refining industry. It is well-proven that the water content in the saturation level is correlated to the water vapor in the atmosphere based on hennery's law principles. That content is not separable unless those principles are broken.  These facts were discovered a long time ago. Here, a question would arise: can we take advantage of such a system's principles in the present time in manufacturing semiconductors films?

In this work, we demonstrate using heptane as a dispersant for making metal oxide nanocoating on various nanosubstartes such as carbon nanotubes (CNTs), carbon black(CB), and iron oxide nanoparticles (IOPs). Heptane has a 61 ppm (v/v) of water as saturation limit, which means any water amount above the saturation will tend to condense on the dispersed-nanosubstrate’s surface. This uniqueness has defined a new coating technique, denoted condensed layer deposition (CLD). Per literature, in making metals oxides nanocoating, atomic layer deposition (ALD) works based on the self-limited principles with an atomic layer growth rate. In CLD, the rate is much faster since it is based on how much water is available on the nanosubstrate’s surface. In other words, it is possible to make a thick coating such as 50-nm in one pass.

A dense-conformal coating of various metal oxides such as (TiO2, Nb2O5, Al2O3) on various surfaces such as CNTs, CB, IOPs has been made. The dense film is attributed to the surface tension elevated on the surface of the nanosubstrates. After exceeding the saturated limit in heptane, we expect all extra added water would be adsorbed and condensed on the nanosubstarte’s forming a conformal water film which is under severe surface tension. The surface tension follows the Young-Laplace equation, the pressure at the interface at temperature T is ∇p = nγ(T)/R. Since the dimension of R is at the nanoscale, the interface pressure can be extremely high e.g., at ~0.8 MPa (or ~8 atm) for R = 50 nm at the water-heptane interface. This speculation has been proven by freezing the water film in a high heat capacity solvent, liquid ethane at 93K under cryogenic conditions. As expected, the cryo-EM has revealed the existence of the ice film on CNTs and IOPs surfaces.

Also, we were able to control the metal oxide thickness on CNTs surface by controlling the added water on the colloid. Moreover, metals oxides nanostructure has been made by thermally oxidizing the carbon supports. This structure follows the substrate’s geometry such as nanotubes and nanoshells. We were able to make Nb2O5 nanoshells if CB is used. Furthermore, TiO2 and Al2O3 nanotubes were produced in case CNTs are used. In Al2O3 nanotubes, the nanostructure is highly porous which is related to violent chemistry involved in the reaction between the water film and the trimethylaluminum. TMA/water reaction produces methane as a by-product that could be trapped in the metal oxide film.

We expect people in the related fields such as catalysis, batteries, and environmental engineering etc.. to be interested and benefited from CLD technique and put forward its practical applications. More information is available in our recently published paper,   Jasim, Ahmed M., et al. "Nano-layer deposition of metal oxides via a condensed water film." Communications Materials 1.1 (2020): 1-7. https://doi.org/10.1038/s43246-020-0010-9.

Back to Comms Materials
Next 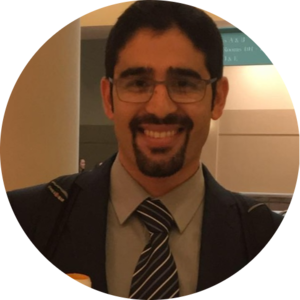