A plant-based robot was created using a Venus flytrap and a pair of conformable electrodes.

Plants are sessile organism whose intelligence are commonly overlooked. They are usually not interactive or responsive. Hence, it seems quite bizarre for one to talk to his/her succulents. Before my PhD, I also believed that plants were so insensitive and that interacting with plants was impossible.

My prejudice on plants was challenged as soon as I started to work on the plant robot project. Thigmonastic plants, such as mimosa and flytrap, are famous for fast leaf movement after contact. Some natural questions are how do they manage to move so quickly and what is the mechanism behind this phenomenon? Clearly this question has drawn a lot of interest in science community. Taking a flytrap as an example, upon a gentle touch, mechanosensitive hairs on the plant lobe generate electrical signals (action potentials). The action potentials further trigger water movement from one tissue layer to another, releasing the stored hydroelastic energy and further actuating leaf movement. This intelligent process hints that electrical signal is a messenger to control plant movement. Inspired from this, my supervisor and I started to work on creating a plant robot making use of such messaging mechanism.

In order to develop a plant robot, we need to reliably and accurately control the actuating process of flytraps. Previous studies have shown that electrical stimulation can close the flytrap without touching its mechanosensitive hairs, so we decided to develop plant robots based on electrical stimulation. The first challenge was the electrode. Conventionally, plant biologists insert Ag/AgCl wires directing into plant tissues, damaging the plant and causing long term issues. To overcome this challenge, we developed surface conformable electrodes. The concept of conformable electrodes comes from stretchable electronics where the electrodes are engineered from materials or structural aspects to enhance intimate contact with skin or organ surfaces. We fabricated plant-conformable electrodes based on hydrogel-Au nanomesh-silicone thin film. Hydrogel is a soft material which can be stretchable, adhesive, ionically conductive, and biocompatible. It is a suitable candidate for the plant contacting layer. Au nanomesh, after being transferred onto a silicone thin film, is electronically conductive and transparent. This electrode can be easily applied on a flytrap surface and maintains conformity even after the flytrap snaps.

With the conformable electrodes, we were able to study the electrically stimulated actuation process of the flytrap, which had yet to be fully unraveled. We developed a frequency-dependent electrical modulation method. Using a 2 Hz square wave, the flytrap could be closed accurately with a response time of around 1.3 s.  In addition, considering that a plant robot should be portable to work independently, we cut the flytrap lobes off its petiole and found that the flytrap still worked under frequency modulation.

The understanding on flytrap actuation further guided us to the plant robot. By attaching two conformable electrodes on one lobe of the flytrap and connecting the electrodes with a Wi-Fi module. The flytrap robot can be controlled using a smartphone app. Once a button on the app is pressed, the Wi-Fi module triggers the flytrap actuation via conformable electrodes. The flytrap robot can be installed on a robotic finger to pick up thin Pt wires. It can also be used to capture an object falling at a velocity of 1 cm/s on demand, demonstrating its ability to work with fine or moving objects. This plant-robot is more power-efficient and responsive than traditional polymeric soft robotics. It can provide a new path to build plant bioelectronics. 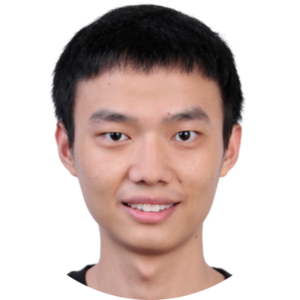 LV ZHISHENG about 1 month ago