A single atomically-thin layer of hexagonal boron nitride shows that thinner is better with regards to radio-frequency switching applications.

In 2016, I was in search of a new idea. At that time, we had been working on using two-dimensional (2D) materials such as graphene and MoS2 for flexible nanoelectronics. We had published several articles reporting state-of-the-art performance on flexible transistors that had garnered international interest and positioned 2D materials as model candidates for high-performance flexible and wearable applications. The question then emerged whether we can realize other essential components such as memory in order to complete a flexible system.

Inspired by recent report on planar 2D memory, we began working towards flexible planar memory. This proved unsuccessful. Then one day in 2016, my then 1st year graduate student Ruijing Ge suggested we pivot to making vertical memory which consists of a sandwich of metal-insulator-metal (MIM), where the insulator is the essential material and can be realized with a 2D atomic layer (thickness less than 1nm). While such a MIM structure is widely preferred owing to the higher memory densities compared to planar devices, it was nonetheless a radical idea because a vertical monolayer memory had never been reported.  In this context of a high probability of failure, Ruijing and fellow student Xiaohan Wu (of Prof. Jack Lee’s group) surprisingly had working 2D memory devices based on one atomic layer of MoS2 within a few months of research. We termed such a memory device, atomristor, which is an atomically-thin memristor (Nano Letters, 18, pg. 434, Dec. 2017).

The biggest application of memory devices is for information storage. This is a very competitive industrial application because of the abundance of many devices at a high maturity level. In this regard, our sponsors challenged us to find a new application that could uniquely benefit from our atomristors. After several months of brainstorming, we discovered that atomristors could be ideal devices for radio-frequency (RF) switches used in wireless and communication systems like smartphones that enable switching of the phone to different bands including Bluetooth, WiFi, 4G, LTE, 5G, etc. Subsequent RF measurements on MoS2 atomristor by graduate student Myungsoo Kim was successful beyond our expectations resulting in the first publication on 2D RF switches (Nature Communications, 9, pg. 2524, 2018).

A clear limitation of the MoS2 RF switches was the maximum power handling, a very important metric for wireless transmitters. We conjectured that hBN, another 2D material that is a better insulator with superior thermal and mechanical properties would be able to tolerate higher RF powers compared to MoS2. These power measurements require sophisticated facilities. Thus, I was fortunate to have an opportunity to discuss collaboration with Dr. Emiliano Pallecchi while enjoying San Sebastian during the Frontiers in Quantum Materials and Devices conference in 2017. Subsequent discussion continued with Dr. Henri Happy at the Graphene Week conference in San Sebastian in 2018. Both Drs. Pallecchi and Happy, of the University of Lille, are experts in high-frequency and high-power measurements of nanodevices with a World class facility at CNRS in Lille. Dr. Pallecchi and his team made great strides in achieving record performance using hBN for RF switches, including 10x higher power handling, 5G data communication, and THz operation (frequencies above 100GHz), reported in the new article that is the reason for this blog.

Figure: (left) High-frequency performance of an hBN switch in the ON and OFF states with bandwidth above 200GHz. (right) Dr. Ducournau and Dr. Pallecchi (right) in the lab conducting data transmission measurements involving sending an uncompressed HD-TV data-flow encoded in a 100GHz carrier through an hBN switch.

Now 2D materials can be considered the leading candidate for RF switches featuring the highest energy efficiency and bandwidth, important metrics for battery life and data speeds, respectively. With regards to practical usage of the atomristors, the most important obstacle at the moment is reliability. In particular, the so-called endurance, which is the number of times it can be switched ON and OFF. At the same time, we are also exploring new frontiers with Dr. Pallecchi and colleague Dr. Ducournau, especially the prospects of these emerging switches for next-generation 6G applications.

For more information please check out our article “Analog Switches made from Boron Nitride Monolayers for Application in 5G and Terahertz Communication Systems” published in Nature Electronics. 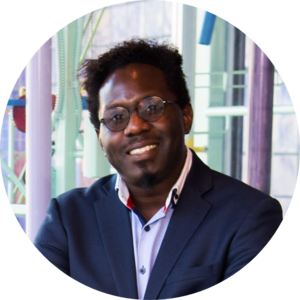