Solid oxide fuel cells (SOFCs) are energy conversion devices which convert chemical energy into electrical energy via oxidation of a fuel. These devices are promising due to their high efficiency, fuel flexibility, as well as low carbon emissions. In fact, SOFCs are considered as efficient and reliable sources for power generation as well as environmentally friendly alternatives to fossil fuel technologies and are now being deployed in both private homes and offices in several countries worldwide. As with any new technology, however, there are still issues that need to be addressed for widespread implementation in society: operation at high temperatures and its associated lifetime and durability issues, improving efficiency, and reduction of systems cost, to name a few. As researchers in the field we are continually exploring new and creative ways to address these issues not only by studying the factors affecting widely used and conventional materials for SOFCs, but also exploring novel materials and cell designs to innovate SOFC technology. In particular, the high cost can be mitigated by improving materials and fabrication processes to achieve much higher electrochemical performance per unit cell, specifically in terms of higher power densities. A well-recognized benchmark for this is expressed in terms of how much current density can be attained for a cell or stack at a given operating voltage and temperature.

The SOFC unit cell itself is composed of three main components: the anode, the electrolyte, and the cathode. The performance of the entire cell is determined from the total contribution from all components. The cathode is where the oxygen reduction reaction occurs; this involves a series of steps which convert oxygen into oxide ions which are consequently incorporated and transported through the multilayered structure of the cell. The cathode thus plays a very important role in determining the electrochemical performance of the cell. Several studies have focused on discovering novel materials and structures to improve the oxygen reduction reaction (ORR) kinetics of SOFC cathodes using advanced fabrication techniques and thin film methods, although most have been limited to the so-called “model” structures (e.g. thin films on single-crystal substrates) which are not readily adaptable to practical SOFC applications. Our previous studies on such model structures and multilayers have revealed encouraging results which indicated that tuning cathode structures in the nanoscale to create additional interfaces can yield superior performance due to enhanced ORR kinetics. On the other hand, practical SOFCs for mass production are typically based on electrolyte-supported or anode-supported ceramics which are usually prepared using conventional sintering techniques, and their complicated structures entail technological challenges for integrating highly ordered thin film nanostructures. In addition, there are still several hurdles that need to be addressed in depth with regards to adapting thin film nanostructures into practical SOFCs, such as their long-term durability and industrial upscaling.

We present an innovative approach to achieving superior power densities for SOFCs using nanoengineered cathode layers prepared using pulsed laser deposition (PLD). We report for the first time a successful preparation of lanthanum strontium cobalt ferrite oxide (La0.6Sr0.4Co0.2Fe0.8O3-d) and gadolinia doped ceria (Ce0.9Gd0.1O2-d, GDC) nanocomposites which are self-assembled in the nanoscale creating a unique nanostriped pattern. This nanocomposite film functions as an excellent transition layer due to the formation of highly dense interfaces between the LSCF cathode and GDC which boosts the oxide ion transfer across the electrode-electrolyte interface. Furthermore, we developed a secondary layer comprising lanthanum strontium cobalt oxide (La0.6Sr0.4Co03-d, LSC) exhibiting a nanoporous microstructure which compatibly works in tandem with the LSCF-GDC nanocomposite as high-performance cathode layers. The combination of these two layers allowed the achievement of record-low values of the area-specific resistance which surpass the performance of either layer alone. Leveraging years of experience on the development of dense GDC thin films as interlayers/electrolytes using the PLD technique, we were able to integrate these nanoengineered cathode layers into commercially viable anode-supported cells comprised by nickel and yttria stabilized zirconia (YSZ) (Fig. 1). The successful integration of these layers, in addition to the utilization of a thin YSZ electrolyte layer and Ni-YSZ anode functional layer to the anode-supported cell architecture, resulted to very low ohmic resistance and polarization resistance values, enabling the attainment of superior current densities reaching as high as 2.2 A/cm2 and 4.7 A/cm2 at 650 °C and 700 °C at 0.7 V (Fig. 1). These values are highly encouraging not only because they mark a significant improvement in the power output of a SOFC unit cell, but these results also pave the way toward the exploration of similar nanoengineering approaches to boost cell performance. With this innovation, SOFC devices which are more compact, lightweight, and more economical may be envisaged in the future.

These results, published in Nature Communications, are the latest achievement of the Advanced Technology Consortium for Solid State Energy Conversion (ASEC) at the National Institute of Advanced Industrial Science and Technology (AIST), which aims to develop novel and innovative approaches for achieving high-performance SOFC materials. The research consortium consists of primary members from research groups in AIST and representatives from several SOFC stack-maker companies in Japan.

For more information about this work, please check out our article “Nanoengineering of cathode layers for solid oxide fuel cells to achieve superior power densities” published in Nature Communications. https://www.nature.com/articles/s41467-021-24255-w 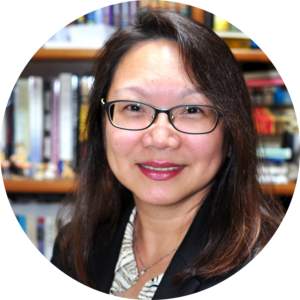