+2
Ya-Kun Wang and 2 others See all
Ph.D, University of Toronto
Follow 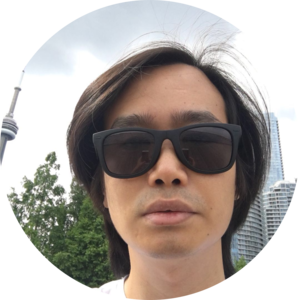 Light-emitting diodes (LEDs), a class of energy-efficient light sources, have become ubiquitous in applications such as televisions, mobile phones, and other advanced displays. The first reported visible LED – made up of red-emitting materials – was developed by General Electric Company (GE) in 1962. After five decades of development, LEDs of various colors are now available including blue Gallium Nitride (GaN) LEDs. These blue GaN LEDs represented a major technological breakthrough that enabled the development of bright energy-efficient white light sources, winning Akasaki, Amano, and Nakamura the 2014 Nobel prize in physics.A similar story is now unfolding in the realm of perovskites, a family of inorganic materials with the formula ABX3 – where A is a monocation, B is a dication and X is a halide. Although this class of materials has been known for over 8 decades, they attracted little attention until 2009, when the materials were found to have photovoltaic applications. This discovery has transformed the landscape of perovskite research and many other applications such as LEDs have since emerged.
Much like in the case of the first LEDs, the development of perovskite-based LEDs also began with red emitters. In 2016, our group reported an energy funneling strategy where we mixed perovskite materials from a series of different quantum-size-tuned grains to increase the photoluminance yield and achieved a remarkably high external quantum efficiency (EQE) of ~9% (Nature Nanotechnology, 11, 872 (2016)). Fast forward five years, green and red perovskite LEDs with EQE of over 20% have emerged. Unfortunately, the blue counterpart to such LEDs offering high EQE and photoluminescence is yet to make an appearance.
Blue perovskite emitters can be synthesized via tuning of the chemical composition, particularly through partial substitution of Br with Cl. However, mixed Cl/Br perovskites undergo halogen phase segregation during LED operation, which leads to a shift in the emission spectrum away from the desired wavelength.
Perovskite bandgaps can also be tuned through quantum confinement. In this approach, perovskite quantum wells (QWs) are obtained by inserting large organic ligands that divide the lattice into a finite number (n) of inorganic monolayers. However, the dynamic nature of QW formation produces a distribution of various-sized QWs with different bandgaps. The thin (low-n) QWs funnel high-energy excitons to the lowest-bandgap (high-n) perovskite QWs, shifting the emission profile to green.
Keeping this in mind, we hypothesized that a chemical strategy that controls the dynamics of CsPbBr3 QW growth – both limiting the n values and stabilizing them – could produce blue emission from reduced-dimensional perovskites that are both efficient and stable. Using DFT modeling, we found that a chelating amino acid molecule could coordinate with lead bromide molecules, improving their solubility, and thereby inhibiting the growth of thicker perovskite layers.
Using this chelation approach, we developed a true-blue LED with CIE coordinate of (0.12, 0.14) and an EQE of 6.3%. The stable emission and well-controlled thickness distribution enabled an order of magnitude higher stability compared to controls. Our strategy contributes t¬¬o the direction of more efficient and spectrally stable blue LEDs.

A plant-based robot
Contributor Nature Electronics
Behind the paper

Jianshi Tang
Nature Research Device and Materials Engineering Community
We use cookies to help improve your experience. By continuing to browse our website you are consenting to our use of cookies.
Learn more