While trying to experimentally uncover what is the physical mechanism that governs plasmon-mediated chemistry, its energy-dependent nature was revealed.

Sometimes a project finds you. When I started looking for a postdoctoral position, I was looking for a research project that has some renewable energy context and ideally lies at the boundary of physics, chemistry and materials science. A place where chemists often feel uncomfortable because there is too much physics involved while physicists are uneasy due to the amount of chemistry involved. I approached prof. Erik Garnett and applied for a position involving perovskites and nanophotonics. A few weeks later, Erik replied that the position I applied for has already been filled but there is another project, focused on a completely different subject, that might suit me well.

I dove straight into the literature of the plasmonic photocatalysis field that, in essence, interfaces chemistry and catalysis with the exceptional ability of plasmonic nanostructures to concentrate light into sub-nanoscale volumes. I quickly learned that plasmon-mediated chemistry has the potential to become a disruptive technology. It holds a promise to initiate and drive chemical reactions under mild temperature and irradiation conditions, with potentially huge economic and environmental implications. Beyond that, I was fascinated by the notion of using plasmonics to potentially access completely new reaction pathways. The idea that we can control, impact and potentially generate new chemistry using light (through plasmonics) as our control knob was just too good. Needless to say, I jumped on the opportunity to go down the plasmon-driven chemistry rabbit hole.

I quickly learned that the realization of these exciting ideas is challenging, especially since some ambiguities still slow down the progress of the field. One reason is that plasmon-mediated chemical reactions can potentially be driven directly from the enhanced concentrated light, but also by high-energy (‘hot’) charge-carriers that are generated as the plasmon decays, and by photo-generated heat. Each of those driving mechanisms has advantages and challenges, and an ongoing debate over which process dominates plasmon-driven chemistry has yet to be settled. A Lack of a complete theoretical description and difficulties in deconvoluting these processes experimentally have fueled this debate which has to be settled to deepen our understanding and to rationally pursue future developments.

This is where our study comes in. Our goal was to obtain concrete experimental evidence that would reveal which is the governing mechanism in plasmon-driven chemistry. To do that we first had to come up with a suitable platform that will allow us to drive and monitor processes at the surface of plasmonic nanostructures. Said platform had to also include a relatively easy way to modify the plasmon resonance energy so that we could explore plasmon-mediated chemistry from an energy-resolved perspective and separate the potential driving processes by their energy-resolved behavior. As you might imagine, finding such a platform was not an easy task.

After a lot of brainstorming with Erik, other group members and Dr. Andrea Baldi, we converged into the exceptional nanocube on mirror configuration (NCoM). This construct gives rise to a so-called gap plasmon with resonance energies that are easily modified through changes to the dimensions of the nanoscale gap between the nanocube and the mirror. It also offers extreme light confinement and sharp resonances. These features offer the possibility to study single particles and small populations of molecules with highly sensitive spectroscopies such as surface-enhanced Raman scattering (SERS). More importantly, with single-particle measurements we were able to use the plasmon resonance’s lineshape properties - its energy, intensity and homogenous linewidth as extremely sensitive probes to monitor interfacial energy transfer and changes to the NCoMs chemical environment.

Not surprisingly, initial struggles including sample fabrication and optimizing the spectroscopic signals were abundant, but pretty early on it became clear that this platform is extremely sensitive. We could clearly see that the lineshape properties change when you bind new molecules to the plasmonic constructs and that the extent of these changes depends heavily on the specific resonance energy of the NCoM. With that, it also became very clear that these changes can be small, and the only way to make our results convincing and meaningful, was to gather information from hundreds if not thousands of single-particle measurements. At that point we understood that we had to automate our set-up in order to obtain enough data in a reasonable timeframe, so with the help of Jorijn Kuster and the software engineering support department at AMOLF, we started to develop the appropriate measurement scheme and software.

While we were debugging and tweaking the software, Prof. Femius Koenderink, the head of the nanophotonics center at AMOLF, suggested that I will join his postdoc Dr. Ilan Shlesinger for a visit at prof. Jeremy Baumberg’s lab at the University of Cambridge. Since Jeremy has been one of the pioneers working with the particle on mirror configuration, I guess Femius had a hunch that something good will come out of a visit where there are so many overlapping interests. He was right. We worked closely for about a week with Dr. Angelos Xomalis and Dr. Rohit Chikkaraddy, and by the time our visit was over, we already had interesting results that were later summarized in a publication describing how to control the optically driven atomic migration in plasmonic nanocavities (ACS Nano 2020, 14, 8, 10562–10568). That collaboration led, later on, to our joint efforts to decipher the driving forces behind plasmon-mediated chemistry.

When the software and set-up were finally ready, and we started to gather the data. We treated each NCoM as a nano-chemical reactor, and each sample had thousands of nanoreactors. Each sample had a characteristic gap thickness and small deviations in the nanocube sizes typically allowed us to explore an energy range of ~100 meV with sharp resonances that are on average ~1 meV a part. Every time I had to replace the sample and start a new batch of measurements, I could analyze the data of the measured batch, and extract the lineshape changes as new molecules bind to the nanocubes or as already bound molecules undergo a plasmon mediated chemical reaction. This way, bit by bit, sample by sample, one energy range at a time, we followed the energy-resolved behavior of our system.

Turning back to the plasmon-mediated chemistry, we combined the lineshape analysis with information about the participating chemical species from SERS measurements to reveal that even in the modest energy range that we probed, using only one simple molecule, a rich reactivity landscape emerges. We found that in different energy regimes different chemical reactions can be governed by different driving mechanisms. Within the same interfacial molecular population, we observed one reaction driven by the enhanced and concentrated light occurring specifically when the plasmon resonance energy was ~1.9 eV and a different reaction driven by hot charge carries as the plasmon resonance energy was ~1.7 eV.

We believe that the energy-resolved lineshape analysis scheme offers unique opportunities to probe and initiate chemical and physical processes at the surface of plasmonic nanostructures. As for the debate over the governing mechanism of plasmon-mediated chemistry, we could not point to one governing process. Instead, we show that by modifying the plasmon resonance energy we can access different chemical reactions that have different driving mechanisms. In a way, instead of reducing plasmon-mediated chemistry to a single mechanism and outcome, we expand its scope even more as we were offered a glimpse to the richness of the plasmonic chemistry landscape. Our results suggest that in some chemical systems, different plasmon-driven chemical reactions could be driven at specific resonance energy windows from UV to IR. Perhaps, in some windows, even entirely new reaction pathways might be triggered. Therefore, if we fully characterize such a chemical system and find all of its potential plasmonic energy windows, we might be able to choose the pathway that suits our needs and optimize that system to drive selective chemistry under mild conditions. 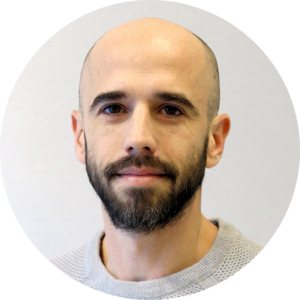