To showcase the breadth and depth of research at the frontier of quantum materials, our editors have assembled a collection of recently published original research and reviews from npj Quantum Materials and Nature Communications. Explore the full collection or read on below to browse articles with additional commentary from the editors.

The relationship between superconductivty (SC) and charge-density-wave (CDW) has been a long-standing problem in solid-state physics. Although they are often observed as neighbors in phase diagram, it is still unclear whether they compete, cooperate, or are independent. Both phenomena stem from the interaction between electrons in materials; charge ordering in CDW vs. Cooper pairing SC. In this paper, the authors experimentally demonstrate that the suppression of CDW by tuning the energy position of the van Hove singularity leads to the enhancement of SC by more than an order of magnitude in Pd-doped 2H-TaSe2. This result may give a hint for understanding the high-Tc superconductivity in cuprates.

The downscaling of silicon devices has now reached the single-atom scale, of which notable platform is the Si:P δ-layer with a high-dopant density sandwiched between Si layers. This article reports the investigation on the sub-band structure of buried Si:P δ-layer by using angle-resolved photoemission spectroscopy (ARPES). The authors revealed the existence of three distinct sub-bands in contrast to published theoretical works, and concluded that the third band emerges as a result of the enhancement of the dielectric constant in the quantum well structure. This work gives valuable information for developing Si-based quantum devices, as well as for fundamental physics of quantum confinement in quantum well structures. (Courtesy of Professor Takashi Takahashi, Associate Editor of npj Quantum Materials)

Among Fe-basd superconductors, LiFeAs responds distinctively different upon chemical doping. Partial replacement of Fe by a small amount of V can quickly eliminate superconductivity. For example, there is no evidence for superconductivity in LiFe0.955V0.045As. Through neutron scattering measurements, the authors find that transverse incommensurate spin excitations seen in superconducting LiFeAs transforms into longitudinally elongated ones in LiFe0.955V0.045As with dramatically enhanced magnetic scattering. Combined with density functional theory and dynamic mean field theory calculations, the observed magnetic behavior can be understood in terms of enhanced electron-hole nesting due to enlarged hole brand by V doping. In addition, V doping enhances inter-orbital scattering, disfavor of superconductivity. (Courtesy of Professor Rongying Jin, Associate Editor of npj Quantum Materials)

Quantum spin liquids represent a novel state in which the long-range entangled spins do not form an ordered pattern due to quantum fluctuation effects. Such a state is not involved with any spontaneous symmetry breaking, and its understanding is beyond any conventional phase transition theory. Due to the exotic physics and fascinating properties of quantum spin liquids, such as long-range entanglement and fractional quantum excitations, which are believed to hold great potential for quantum communication and computation, they have been intensively studied since the concept was proposed in 1973 by P. W. Anderson, a legendary figure in Condensed Matter Physics. However, identification of a quantum spin liquid from experimental perspectives remains a great challenge. In this review article, the authors outline basics of quantum spin liquids, introduce representative candidate materials, and highlight recents interesting experimental progress with several example studies. They also discuss outstanding issues and raise questions that are important for future research.

Emergent physical phenomena in crystalline solids often result from breaking certain symmetries. Ferromagnets with non-zero magnetic moments exhibit characteristic physical phenomena such as magnetic attraction/repulsion, magnetic circular dichroism, and magneto-optical Kerr, Faraday, and various anomalous Hall-type (Hall, Ettingshausen, Nernst, and thermal Hall) effects. It turns out that these observable ferromagnetism-like phenomena can occur with little or zero magnetic moments as long as certain symmetries are broken. These ferromagnetism-like behaviors are called trompe l'oeil ferromagnetism. Any systematic and comprehensive interrelationship between all ferromagnetism-like phenomena and broken symmetries has never been unveiled until this paper. This paper lists exhaustively the specific broken symmetries for each ferromagnetism-like behavior. A large number of predictions are made based on these broken symmetry arguments, and demand the future experimental verification as well as theoretical understanding of microscopic mechanisms. (Courtesy of Professor Junming Liu, Deputy Editor of npj Quantum Materials)

The physical effects associated with van Hove singularities in (quasi-) two-dimensional materials have a longer history in correlated electrons research. This work continues the demonstration that one can access and tune through a van Hove singularity experimentally via uniaxial pressure, now with a direct visualization of the electronic structure that shows how the topology of the relevant Fermi surface changes upon increasing the uniaxial strain. This line of research may provide a very useful quantum many-particle exploration lab that helps to understand the impact of van Hove situations on superconductivity, magnetism and Fermi liquid physics and beyond. It also provides a great example for the sharpening of the theoretical tools for quantum materials.

In many respects, electrons in one spatial dimension play a key role for the quantum many-particle physics that governs quantum materials. For instance, many quantum effects are particularly strong and evidence in one dimension, and for the development and benchmarking of theoretical methods, one-dimensional system are among the best arenas, as they allow for most theoretical control. Yet, finding well-characterized and tunable experimental systems that come close to tractable theoretical models has been difficult for a number of reasons mentioned in this work as well. Here, a new composition -tunable system with variable chain coupling is explored and convincingly characterized as a potential realization of a relatively simple one-dimensional electron system which should allow one to address many interesting aspects of current quantum materials research. (Courtesy of Professor Carsten Honerkamp, Associate Editor of npj Quantum Materials)

Back to From the editors
Next 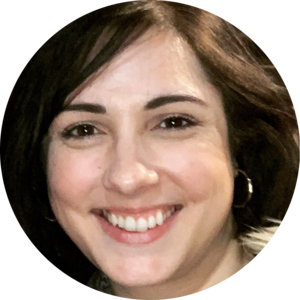 Communications Engineering has launched!
Nature Research
From the editors, News and Opinion