Indium phosphide (InP) quantum dots (QDs) are a direct bandgap III-V compound semiconductor material (bulk band gap: 1.35 eV) which can emit from blue to the near-infrared region by simply tuning its size. InP QDs are considered as less toxic materials compared to cadmium based QDs, which catalyzed the commercial use for display goods. In previous work, our research focused on the eco-friendly and high-qualified InP quantum dots beyond the current synthetic technology. Firstly, we had tried to study on formation mechanism of InP QDs using 31P NMR spectroscopy. During InP QD syntheses, distinct absorption features of intermediates are often observed. We believe that proper isolation and characterization of such intermediates should be crucial for better understanding of InP QD growth pathways and their mechanism.

Our experiments include syntheses and characterizations of six kinds of intermediates, also known as magic sized clusters (MSCs), that incorporate chlorine(Cl) or zinc(Zn). MSCs are composed of less than a hundred of atoms and known as a single species. We have demonstrated multi-step sequential conversions of InP MSCs. A MSC could convert to another MSC and further transformed into another MSC. We have found relationships among the Cl or Zn incorporated InP MSCs families (Figure 1). Because MSCs can be considered at the border between molecule and nanocrystals, the structural and optical characteristics are unique. For an example, XRD patterns of MSCs do not reflect those of QDs or of their counterpart bulk materials. The newly synthesized MSCs were followed by NMR, XPS, Raman, elemental analyses and time-resolved spectroscopy. At the initial stage of conversion, MSCs show unique meta-stable structures that resemble more molecular systems. As the conversion proceeded, MSCs took more and more characters that follow QDs (and thus follow the bulk materials), which has been elucidated by structural and optical characterizations.

What can be learned about the basic nature by studying various intermediate MSCs? A few atoms on MSCs surfaces should control the entire structure of MSCs. Our results and on-going experiments showed controlled etching, additives such as ligands or dopants to MSC or isomerization could lead to diverse reaction pathways following production of the different MSCs. To lower the surface energy of these ultra-small sized clusters, they can easily re-organize their structures. Because of this, various meta-stable species could be formed. The stepwise conversion of intermediate MSCs we observed is essentially the evolution to bulk, which can be considered as a pathway that stops by at many MSC intermediates, further at many different size and shaped QDs, and finally at the bulk which is favored by thermodynamics.

Beyond the report on various intermediates of InP MSCs, we have been studying the reaction routes involving optically less visible intermediates such as amorphous clusters or fragments which are originated from InP MSCs. They often fall into unreactive QD growth pathway despite of emerging as intermediates. We hope studies on such species will uncover the unexplored area of non-classical growth mechanisms of inorganic nanocrystalline materials. We are hopeful that our efforts could be a starting point mapping a new way of synthesize nanostructures. 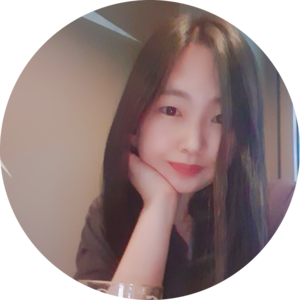