We take a molecular-level look at what happens in perovskite solar cells when they are operating, to determine the factors that affect their performance

Consumers worldwide are demanding greener energy sources; therefore, optimizing the performance and economic viability of solar cells is an important research focus. Improving the efficiency of perovskite solar cells has been a particular priority; however, less emphasis has been placed on understanding what makes the cell performance deteriorate. Now, recent findings from us provide a microscopic-level study of perovskite solar cells to address the knowledge gap.

Organic–inorganic hybrid perovskites are attractive materials for use in solar cells because they are easy and cheap to prepare and absorb light over a wide range of wavelengths. Solar cells that use perovskite layers as the photoactive material are continually being improved, with a particular focus on their power conversion efficiency (PCE), which can now exceed 25%.

However, focusing on improving PCEs alone could be causing researchers to miss the significant steps forward that might result from a more detailed understanding of the underlying mechanisms. For example, the question of what causes the performance of perovskite solar cells to deteriorate is an important one that has not been comprehensively answered.

External factors such as oxygen and moisture in the air are known to compromise perovskite layers. However, the internal changes that affect the performance of cells are not as well understood. We have therefore probed the deterioration mechanism using electron spin resonance (ESR) spectroscopy.

We have carried out ESR spectroscopy on perovskite solar cells while they were in use, which gave us a real-time picture of the molecular-level changes. Specifically, we observed the charges and defects, and related spin states, in the solar cell layers while the current-voltage characteristics of the solar cells were being measured. This allowed us to understand the relationships between these factors.

This in-depth investigation of perovskite solar cells in operation showed that changes in the spin states result from changes in hole transport as well as the formation of interfacial electric dipole layers. It was therefore concluded that cell deterioration could be prevented by improving charge mobility in the hole transport material and preventing electric dipole layer formation.

Establishing that changes in spin states are correlated with device performance has significantly broadened our understanding of perovskite solar cells. We hope that our findings will provide a valuable new starting point for the continued development of solar cells and help accelerate the reality of cost-effective green energy. 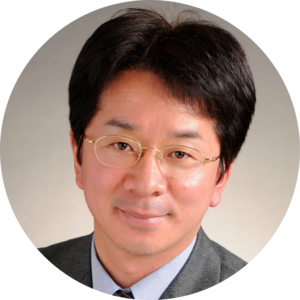