We have embarked on a challenging project, i.e. the writing of digital information onto single polymers with the help of catalytic machines that thread onto the polymer chain and while moving along it, print chiral epoxides: (R)-epoxide is digit 1 and (S)-epoxide is digit 0 (molecular Turing machine). As part of this project we have designed and synthesized chiral porphyrin cages derived from the compound glycoluril. The manganese derivatives of these cage compounds will act as the catalysts and produce epoxides from polymer chains containing alkene double bonds. In order to be able to construct an enantioselective writing system the cage compound has to be chiral, which is realized by attaching functional handles (nitro functions) to it. The idea is that in a later stage these handles will be connected to a light-switchable motor, which changes the chirality of the system and hence the outcome of the chiral writing process.

The authors of the paper have teamed up to prepare two chiral porphyrin cage compounds and resolved these into enantiomers by chiral chromatography. A big problem is to establish the absolute configurations of the resolved compounds, which was done by combining vibrational circular dichroism (VCD) studies with theoretical calculations (density functional theory, DFT). In this way it was possible to unambiguously assign the absolute structures to the positively and negatively rotating fractions. For one compound the assignments could be checked by an X-ray structure on single crystals, which revealed that they were correct. It is of interest to note that the molecular sizes of the studied compounds are larger than those of any other published compound to date for which VCD has been applied to determine absolute configurations.

The porphyrin host compounds were found to bind N,N-substituted 4,4’-bipyridinium (viologen) guest molecules and it was shown by VCD in combination with DFT calculations that one of the axial enantiomorphs of the guest is bound selectively, which is important for future enantioselective catalytic epoxidation studies. For certain combinations of  host and guest enhancement of the VCD spectra was observed, being the first example of this type of enhancement in host-guest complexes. This enhancement is the result of a number of factors, i.e. rigidification of the host and guest structures on complexation, a specific orientation of the guest inside the host, strength of the host-guest binding, charge transfer between the guest and the host, and coupling of specific vibration modes of the host and guest. The presented results are of interest to organic chemists working on the determination of the absolute configurations of organic compounds and will help our group to further develop a molecular Turing machine.

For more details of our work, please check out the paper published in Nature Communications: “Absolute configuration and host-guest binding of chiral porphyrin-cages by a combined chiroptical and theoretical approach”. 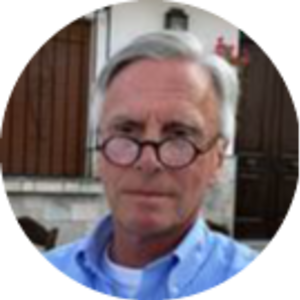