We here report that Li2MnO3, a next-generation cathode material for lithium-ion secondary batteries, shows a unique delithiation process accompanied by oxygen-release and climb motion of dislocations.

Lithium-ion secondary batteries are the most familiar and essential energy storages for consumer electronics. As shown in Fig. 1a, lithium-ions move between the cathode and anode during a charging or discharging process. So far, to improve energy capacities of lithium-ion secondary batteries, plenty of efforts have been devoted to exploring cathode materials with higher lithium contents. The lithium-excess layered oxides of Li2MnO3 and the relatives of Li(4-x)/3TM(2-2x)/3TMxO2 (TM = Ni, Co, etc.) are now recognized to be promising materials owing to their high lithium contents (Fig. 1b). The theoretical capacity (up to 460 mAh g-1) is 1.6 times higher than that of LiCoO2 (280 mAh g-1), where LiCoO2 is the current standard material for lithium-ion batteries. In practice, however, the lithium-excess oxides show severe degradations during charge and discharge cycles, which is significant especially in the first or second cycles. To address this degradation issue, it requires detailed analyses of the delithiation process at atomic level.

With the aid of EELS analysis, we found that oxygen in Li2MnO3 is partially released during the delithiation process, because the tetravalent Mn is hard to be further oxidized. On the close inspection of atomic structural analysis in the delithiated region, we found that Mn atoms are partially substituted for the Li sites, leading to the formation of Mn/Li disordered structure. At the interface between the delithiated and pristine regions, we found the cation disordered new structure. In addition, dislocations (one-dimensional lattice defects) were also found at the interface (Fig. 3a, b). Such dislocations are introduced to compensate the lattice mismatch between the expanded delithiated region and the pristine region, where the lattice expansion is induced by oxygen-release.

On the basis of the atomic-resolution observations, the delithiation process of Li2MnO3 is given as follows (Fig. 3c). First, lithium-ions are extracted from the surface, and simultaneously the oxygen-release occurs. As a result, the lattice is expanded, and dislocations are introduced from the surface to compensate the lattice mismatch. Lithium and oxygen atoms in the inner pristine region diffuse respectively into lithium- and oxygen-vacancies in the delithiated region through the delithiated/pristine interface (from inside to the surface), and the interface moves toward the opposite direction (from the surface to the inside). The delithiated region grows by repeating these processes, accompanied by the climb motion of dislocations.

In short, the delithiation process of Li2MnO3 progresses simultaneously with the climb motion of dislocations arising from the local lattice expansion due to the oxygen-release. Since the oxygen-release should be irreversible, the delithiation process should also be irreversible. This proposes that the creation of dislocations would contribute to the performance degradation of energy density and durability. In other words, the battery performance would be improved by suppressing the creation of dislocations, which may be achieved by adding suitable elements to suppress the oxygen-release or controlling grain size and shape to relax strains. We will be happy if our findings are considered when designing new better batteries with higher capacities and long cycle life. 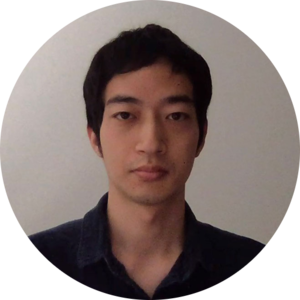