Daan Janssen, a PhD student in theoretical physics at the University of Leipzig, shares a story about his research and why promoting openness about sexual and gender diversity in the academic world is so important to him.

So I guess first of all I should say that even though I was asked to write something for this Device & Materials Engineering community blog in honour of LGBTQ+ STEM Day 2020, the research I do is as far removed from devices and materials engineering as possible, while still being able to call it physics. I am currently doing a PhD in theoretical physics at the University of Leipzig in the “Quantum Fields and Gravitation” group. Here I concern myself with semi-classical gravity, an approach in theoretical physics where we try to get an approximate model for how quantum matter and space-time interact. In this model quantum fields live on the curved space-times that we know and love from General Relativity. The curvature of space-time tells quantum fields how to, how shall we call it, jiggle, and energy and stress contained in the quantum field tells space-time how to curve. It is this latter mechanism, the backreaction of the quantum field onto the space-time geometry, that is governed by a frankly Frankensteinian monster of an equation that is yet to be tamed, the semi-classical Einstein equations. Here lies precisely the challenge that I hope to take some good swings at during my time as a PhD student.

The model that I work with is meant to describe the dynamics of our universe at scales where the quantum nature of matter starts to become important enough to also influence gravity, but gravity itself is not strong enough such that the quantum nature of space-time, whatever that may be, visibly enters the scene. This may sound a little vague, indeed so much is still unclear about what happens when quantum and gravity meet. Unraveling the physics at the Planck scale has proven a near impossible task, not in the least because this regime still seems ridiculously far away from actual measurements and experiments. While semi-classical approaches such as the one I work with do not quite attempt to go all the way to the Planck scale, doing any research in this area is still a largely theoretical exercise. Still, I would say this is a lot of fun. You get to work with very challenging problems, both conceptually and mathematically, and you sometimes feel that you are really digging your way to unravelling the deeper mysteries of the universe. On the other hand, what you do is very unlikely to make any direct impact on your daily life and the lives of those you love. This is perhaps where I slightly envy those researchers working in device and materials engineering.

Luckily, there are more things to life than only doing science and during undergraduate days I became involved in a local LGBTQ+ youth organisation. I had first come out for being gay to some friends in the first year of university, but until then I had never really thought much about a wider LGBTQ+ community. Joining this organisation not only helped me to explore more sides of myself and get to feel much more comfortable with my sexuality than I had felt before, but also gave me the opportunity to help build a place where others could do the same. While there are many that like to emphasise that your sexuality is not the most important or defining aspect of their lives, and I would certainly not claim the opposite, still this community is very close to my heart and I would really want to continue actively being involved in it for the considerable future. Perhaps out of a sense of belonging, but more importantly because it is a way for me to help those who are facing similar struggles, doubts and shames that I have faced myself.

So here we are, two aspects of my life that are very important to me. The academic world where I hope to build a career and find intellectual challenges, and the LGBTQ+ community where I find, for the lack of a better term, a family away from home that I wish to help care for. A downside of these two aspects of my life is that, at least until now, they never mixed very well for me. They are very different worlds, perhaps mostly in the way they are perceived from the outside world. There is quite a traditional image of what a scientist should look like. Sure, it is an image that gives one a certain amount of freedom to deviate from `normal people’, think of the stereotype of the eccentric scientist, but this does not mean that openly being yourself, as a human being, is always encouraged within the scientific community. This is why I think that LGBTQ+ STEM Day is important. To show how diverse scientists and engineers can be and to encourage STEM communities to create a warmer and opener environment for everyone to bring their whole selves to work. 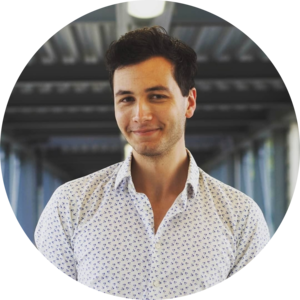