We propose a simple drop-on-demand printing technique which replaces the use of nozzle with a superhydrophobic sieve enabling printing of nanoparticle suspension with very high mass loading of 71%, performed for surface tension range of 72 - 32 mNm-1 and viscosity up to 33 mPas. 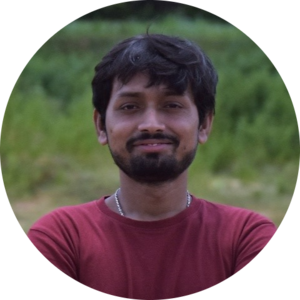 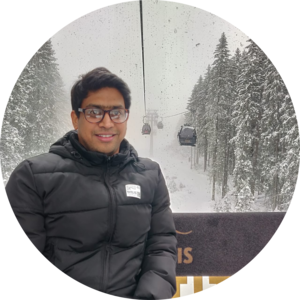 Videos of drop impact on superhydrophobic surfaces are always fascinating. These surfaces repel impacting droplets and they rebound from the surface almost like a ball rebounding from a wall. Nanostructuring and functionalization enables this repulsion by inhibiting adhesion of the impacting droplet on the surface. Due to their ability to easily repel aqueous liquids, superhydrophobic surfaces have been pursued for a wide range of applications including drag-reduction, self-cleaning, and anti-icing. The same surfaces which successfully resist wetting by aqueous liquids, is easily wet by oils. This property has been exploited to develop nanostructured sieves for oil-water separation. The sieve gets wet by the oil and allows it to seep through. Water, however, fails to wet the sieve and is unable to pass through.

As a group interested in developing nanostructured surfaces for various applications [1–4], we have studied the impact of droplets on nanostructured sieves with differing wettability [3]. This endeavor started while trying to develop meshes that could repel raindrops. When droplets impact superhydrophobic sieves at high velocities, jets are ejected. These jets break to form droplets. During these experiments, we realized that contrary to common belief, the velocity of the ejected jet is higher than the velocity of the impacting droplet [4]. This was the first hint that some mechanism was playing a role in focusing the kinetic energy. A previous work [5] had hinted towards a similar mechanism and its role reported ejection of liquid jet during the recoil phase of the impact process. At this point, we started asking the following questions “What is this focusing mechanism? Can this mechanism be exploited to reliably generate single microscale droplet?”

Initial attempts towards generation of single microdroplet were very encouraging. We soon recognized that there is a range of impact velocity for each sieve size where we were able to observe generation of a single satellite free droplet. Droplet ejection was observed to take place during the recoil phase of the impact process. Generation was repeatable and surprisingly resistant to variations in impact velocities that arise due to the natural oscillation of the impacting droplet. Even though most of our studies were performed using high-speed videography at 10,000 frames per second, this speed was not sufficient to capture the mechanism. To understand the mechanism, we captured videos of droplet impact at 50,000 to 80,000 frames per second. These videos showed the formation of a cavity at the center of the impacting droplet. Collapse of the cavity leads to convergence of liquids kinetic energy to a single point. This focusing of the kinetic energy results in generation of single satellite-free microdroplets. Similar cavity collapse and the associated focusing of kinetic energy have been related with the formation of Worthington jets. Interestingly for certain sieve dimensions, we observed a new mode of cavity formation where the interface from the bottom moved upwards to form the cavity.

We started exploring the droplet generation mechanism for drop-on-demand printing, which is a versatile technique that finds use in a wide range of applications. The printing setup utilizes the kinetic energy of a falling drop to eject out smaller droplets (40 microns to 960 microns diameter). Additive manufacturing, rapid prototyping and 3D bioprinting has renewed interest in such printing technologies. Today printing technologies are replacing other conventional manufacturing processes in several applications. Fabrication and assembly in semiconductor industry, printing live cells for biological studies, dispensing drugs in pharmaceutical industries, rapid prototyping of mechanical parts, etc. now rely on printing technologies. Drop-on-demand printing remains a challenge. Most drop-on-demand techniques rely on a nozzle with small orifice for printing small droplets. Nozzle clogging remains a problem in such systems. Clogging limits the mass loading of the ink and multiple prints are required to achieve even nominal thickness. We realized that our technique should be robust against clogging. Clog-free printing is possible due to very low contact time between the sieve and drop/ink, which is unlikely in other techniques where ink and nozzle are in contact during entire printing processes.

To demonstrate the benefits of clog-free printing, we attempted printing of very high mass loading inks. The zirconia nanoparticle suspension of different concentrations was used as a model ink for printing. We found ink concentration as high as 71% mass loading could be printed using drop impact printing technique. The benefit of such high concentration inks lies in printing thicker lines in one pass while maintaining the resolution, which has been a limitation of other existing techniques. Additionally, we also reported that suspensions with particle size as high as 20 microns can be dispensed in a drop of 80 microns in diameter. This incredible enhancement in particle size not only broadens the material palette but also opens new prospects for wide range of applications.

2. Tripathy, A. et al. Impact of Bioinspired Nanotopography on the Antibacterial and Antibiofilm Efficacy of Chitosan. Biomacromolecules acs.biomac.8b00200 (2018) doi:10.1021/acs.biomac.8b00200.