The electrical manipulation of magnetic domain walls (DW) (i.e., a boundary between two magnetic domains) in nanostructures opens a novel way to store and to process information for computing. The key feature of this phenomenon is that the motion of domain walls can be operated in an arbitrary form of a magnetic track. Different domain wall-based device concepts have been proposed for ultra-high storage density and low power consumption such as racetrack memory, spin logic and neuromorphic computing devices.

Therefore, since the last decade, research has been focused on exploring novel physical mechanisms to enable more and more energy efficient DW motion in different materials. The studied materials have been changed from in-plane to out-of-plane magnetization to enable higher density. Ultrahigh DW velocity governed by the Dzyaloshinskii-Moriya interaction and spin-orbit torque in ultrathin magnetic layers on heavy metals has been discovered for the development of fast, high density, and low-energy devices based on DW motion.

More recently, DW speed with an order of magnitude higher than conventional ferromagnetic materials (DW speed in a range of km/s) has been demonstrated in synthetic antiferromagnetic and ferrimagnetic materials thanks to the exchange coupling torque and the angular momentum compensation, respectively. Furthermore, such materials are not only promising for faster DW motion but also enable much higher density due to the lack of magnetic stray field.

These discoveries have offered various options in term of materials for the DW conduit layer in high-performance devices. However, so far, a complete functional DW device has not been experimentally demonstrated yet due to the lack of electrical means to read and write DWs at nanoscale even though the concept and the design for DW devices have been extensively studied. Indeed, current approaches for writing DWs via magnetic field and for reading out DWs via either Hall bar devices or magnetic imaging techniques are not compatible to implement in nanoscale DW devices.

To address these challenges, we adopted magnetic tunnel junctions (MTJs) as an approach to electrically write and read DWs in nanoscale devices. In our first attempts to integrate MTJs as reading and writing components, we based our efforts on current developments of STT-MRAM devices which are composed of a CoFeB/MgO free layer for high tunnelling magnetoresistance (TMR) readout and low spin transfer torque writing current. However, the CoFeB/MgO material stack has limitations for DW devices such as low DW speed and challenges related to the etch patterning steps of the manufacturing process. Furthermore, the use of conventional MTJs based on a CoFeB/MgO free layer to build DW devices limits to exploit any advanced materials which have been extensively studied so far.

Fig. 1 | Schematics of the HFL concept. a, The HFL concept, consisting of FL1 (top left), which is based on CoFeB/MgO for efficient STT write and high TMR read operations, and FL2 (bottom left), consisting of a material with inherent perpendicular magnetic anisotropy, which is optimized for high DW velocity driven by SOT. The two free layers are ferromagnetically coupled through a spacer layer (right). b, Schematic shows an example of DW-based device with Pt/Co conduit layer.

In principle, this approach could potentially allow the integration of any advanced high DW speed material in FL2, including ferrimagnets. Also, this device concept holds potential for specific applications such as skyrmion tracks or spin wave computation.

Fig. 1 b-c illustrate an example of the device concept with Pt/Co as DW conduits and MTJs as write and read components. The operation principle is as follows: STT is locally applied at the input pillar to inject DWs into the DW conduit via the strong ferromagnetic coupling between CoFeB and FL2. Subsequently, the DW travels along the track driven by magnetic field or SOT. The detection of the DW at the output is enabled by TMR. As a result, this DW device concept simultaneously benefits from efficient STT switching, good TMR owing to the CoFeB/MgO interface, and high DW velocity, resulting from a combination of SOT, DMI and/or exchange coupling torque in the DW conduit materials on heavy metals.

As a demonstration of our device proposal, we show in this article that DW devices based on hybrid free layer concepts offer electrical read and write via perpendicular MTJs and fast DW motion via spin orbit torque. Our devices can achieve good tunnelling magnetoresistance readout and efficient spin-transfer torque writing, comparable to current MRAM technology. 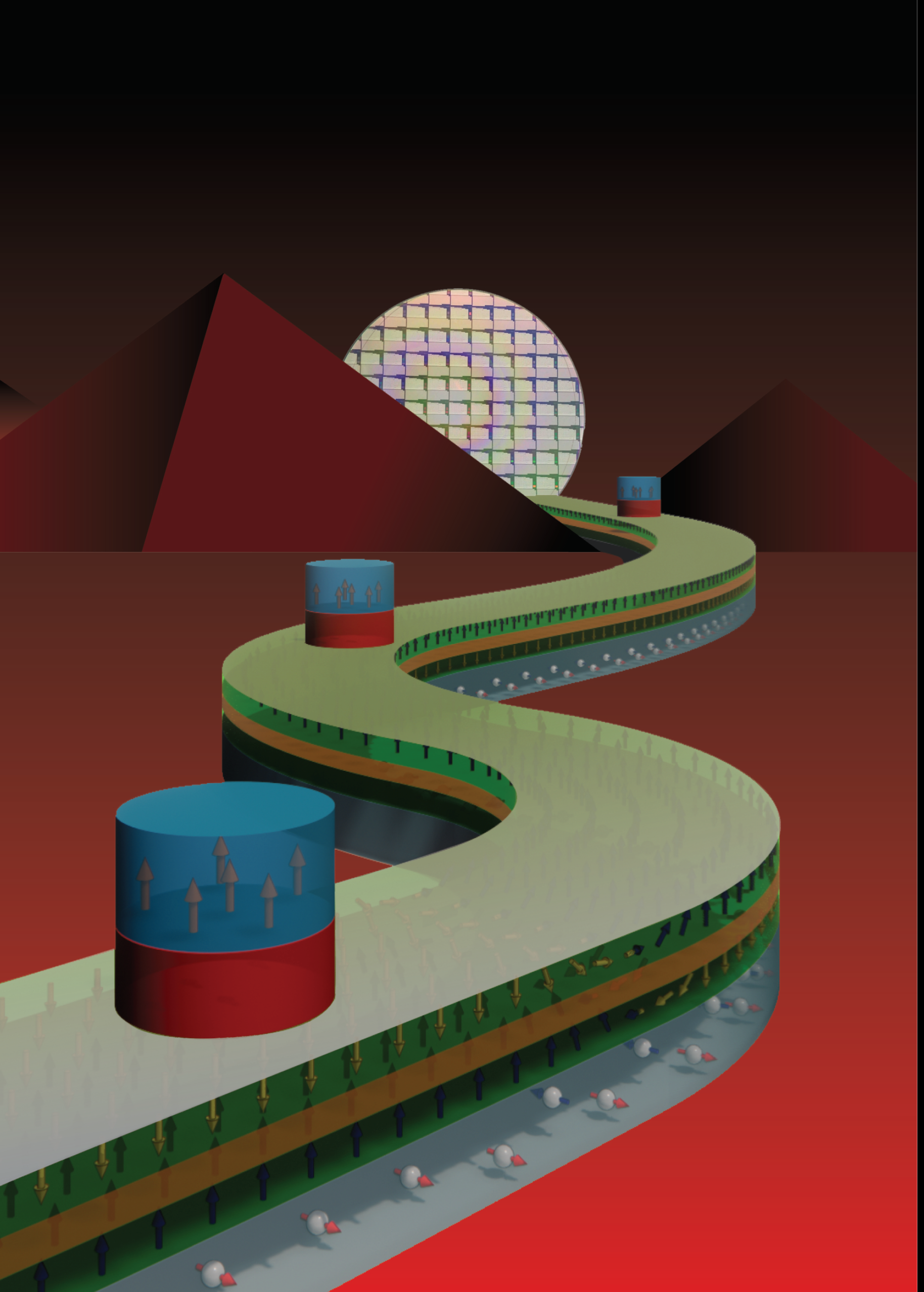 Our device also provides an approach to study DW dynamics at nanoscale under a magnetic field and/or SOT. We finally demonstrated that a DW conduit based on a synthetic antiferromagnet offers the potential for reliable DW motion and faster write speed compared to its ferromagnet counterpart. Our devices are fabricated in imec’s 300 mm CMOS fab on full wafers which clears the path for industrial compatibility. We thus believe that our experimental demonstration of functional DW devices in this study will provide significant advances for practical applications of DW devices.

These results were recently published in Nature Electronics:

Distort the Octahedra by Chemical Substitution and Get Intense White Light

Qubits at the Beamline 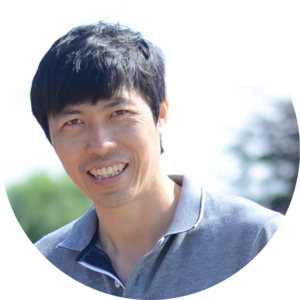