When molecules are embedded in nano-scale resonators, their vibrational or electronic transitions couple to the confined electromagnetic field. The emerging hybrid light-matter states, so-called polaritons, exhibit remarkable properties that can be exploited in a variety of applications, ranging from quantum computing to the control of chemical reactivity (Chem. Soc. Rev. 48, 937–961 (2019).).

Microscopically, the polariton formation is a result of the energy alternating between the electromagnetic field confined within the resonator and the material embedded inside; quite similar to the back-and-forth transfer of energy between two coupled pendula, when only one is initially set in motion. This interaction between the two components of the light-matter system modifies its energetic “landscape” and leads to a change in optical properties and chemical reactivity. As the electromagnetic field can be controlled precisely via the resonator design (thickness, reflectivity, etc.) the properties of the system can be adjusted ad hoc, providing the means for the rational design of novel applications. 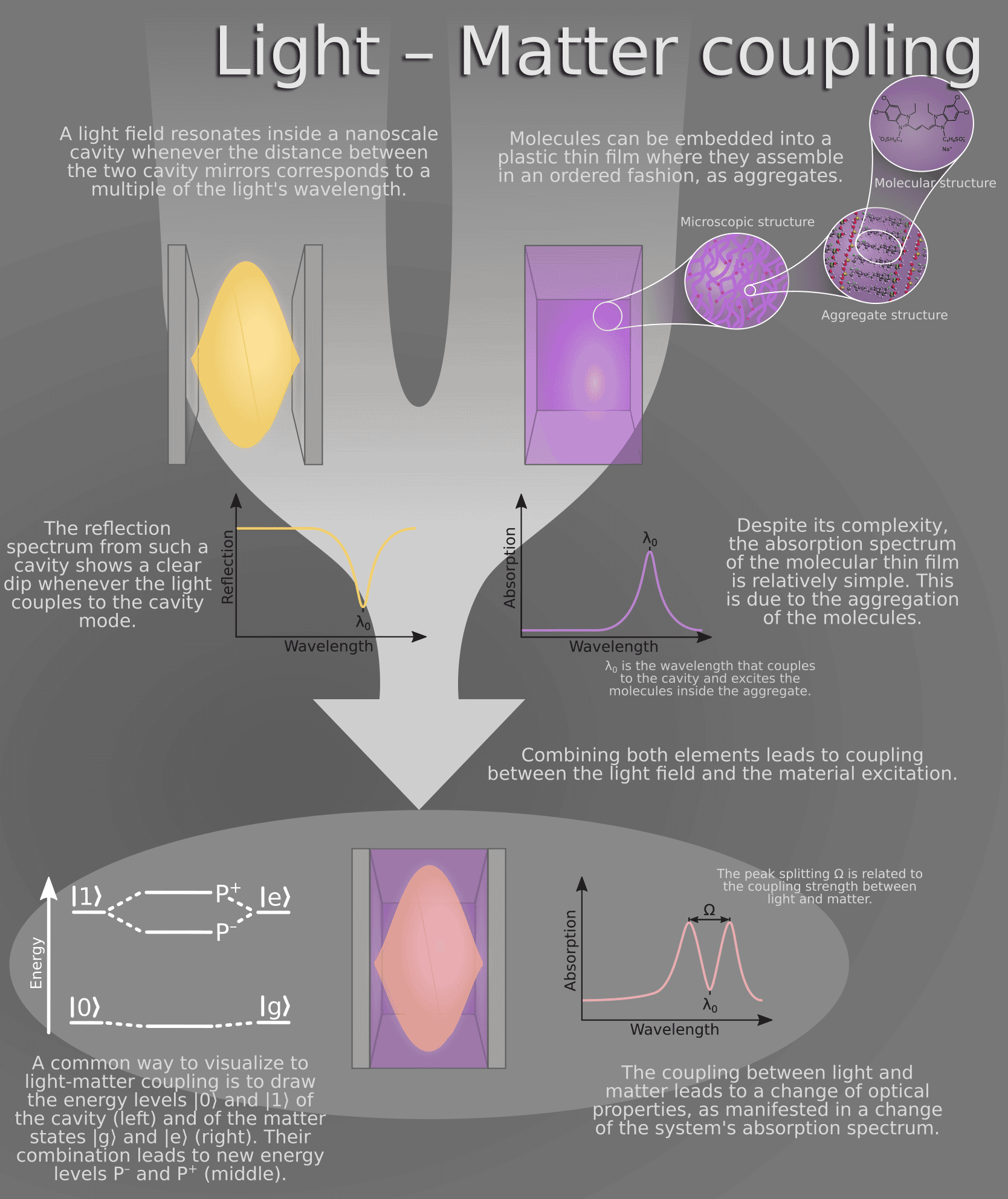 To achieve the latter, a detailed understanding of the energy flow between excited polaritonic states is important. In a new article published in Communications Physics, the group of Majed Chergui at the Ecole Polytechnique Fédérale de Lausanne within the Lausanne Centre for Ultrafast Science, in collaboration with the group of Karl Börjesson at the University of Gothenburg, has obtained unique insights into the energy flow between light-matter states that are created when molecular-aggregate excitations are coupled to an optical field. The international team showed how excitation into the energetically higher-lying polaritonic state leads to population of the lowest one within tens of femtoseconds. This ultrafast relaxation is closely related to the loss of the system’s coherence, i.e. its ability to respond to an outside stimulus as a single entity rather than just the sum of its components, and it can be modified by the cavity design.

To achieve these results, the authors used state-of-the-art visible multidimensional spectroscopy (an optical domain analogue of nuclear magnetic resonance spectroscopy), which allows to overcome the typically encountered uncertainty between time and energy resolution in optical spectroscopy and is uniquely suited to study these light-matter interactions. These results are deemed to stimulate future experiments on similar systems and contribute to the development of novel applications, harnessing the combined advantages of light and matter. 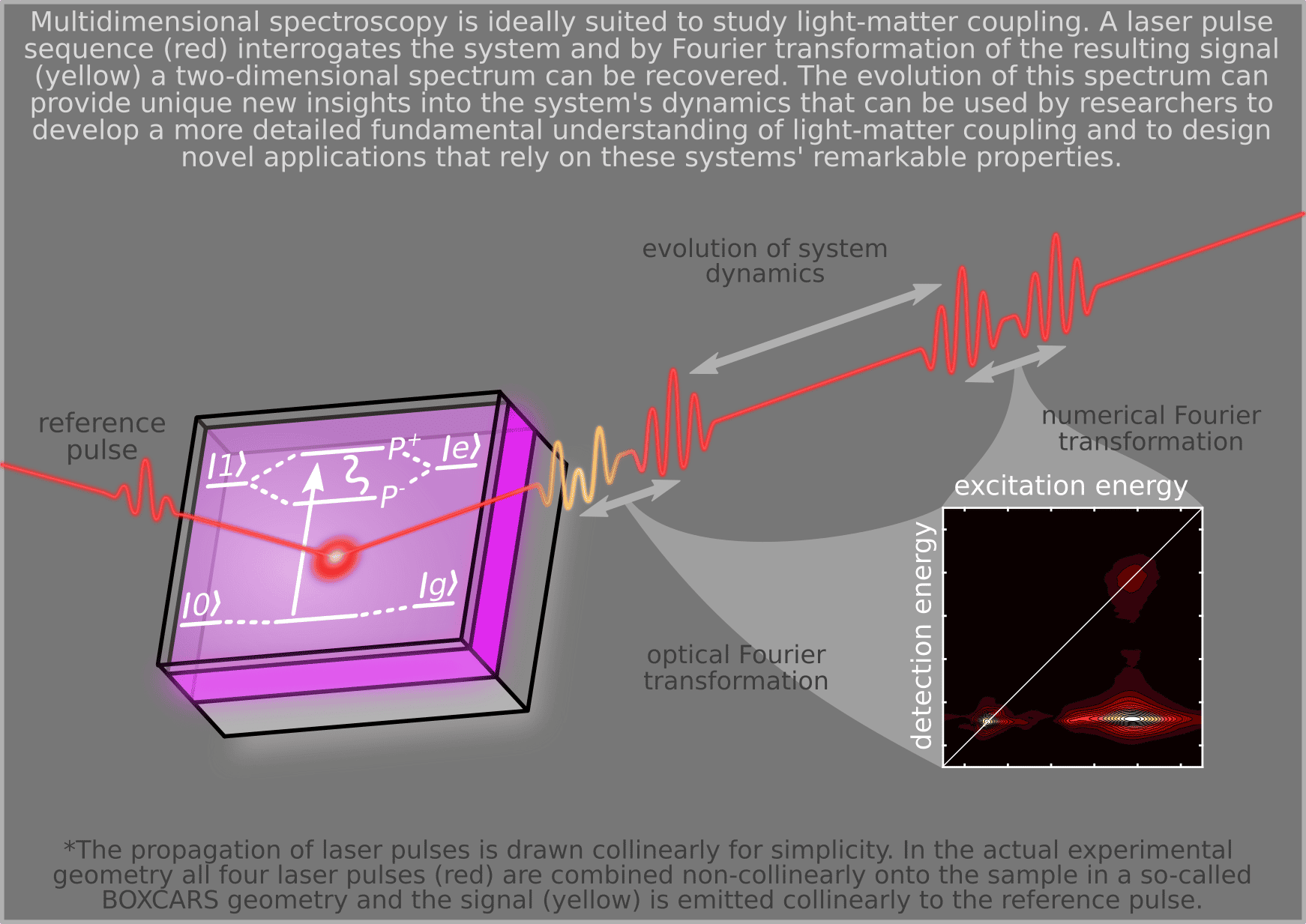