One of the major hurdles for widespread integration of spin-based technologies is their relatively slow speed of operation. With our work, we wanted to challenge the speed limitations and push into unexplored regimes.

Our journey started in a basement lab of the UC Berkeley campus in 2015. At the time, we were studying GdFeCo alloys, a system where the absorption of optical energy on the femtosecond scale leads to a surprising picosecond-scale full reversal of its magnetization. After exploring this optical effect under different conditions [Gorchon et al. PRB 2016, Wilson et al. PRB 2017], we realized that the reversal mechanism could probably be triggered by heating the film with a picosecond (ps) wide electrical pulse instead. Conveniently, at the time we were also developing photoconductive switches to do just that: deliver intense laser-triggered picosecond-wide electrical current impulses to magnetic systems. This work culminated in the demonstration of the first sub-10ps and currently the world's-fastest current-induced magnetization reversal [Yang et al. Sci. Adv. 2017]. However, soon after, many of us left Berkeley pursuing our own careers.

From ultrafast electronics to pico-spintronics

By 2019, some of us had independently developed these techniques in our own labs at the Institut Jean Lamour (France) and UC Riverside (USA). In a now international collaboration spanning four institutions, we set ourselves to inject a spin current at picosecond time-scales. For this, we decided to exploit the spin Hall effect, which can convert a charge current into a spin current and lead to a so called spin-orbit torque on the magnetization of a nearby ferromagnet. Interestingly, it had been shown that spin-orbit torques could result in the reversal of magnetization with pulses as short as 200ps [Garello et al. APL 2014].

In our new work published in Nature Electronics, we demonstrate full control over the magnetic state by exploiting the spin-orbit torques generated with our 6 picosecond wide current pulses. This method is much more universal and advantageous for a memory than the GdFeCo heat-driven based method, particularly since the final state of the memory doesn't depend on its initial state. Time-resolved experiments unveil that in such a fast pulsed-current regime, the ultrafast heating also plays an important role. Our paper discusses many of the possible reversal mechanisms, and overall, tries to spark in the reader an interest for this unique experimental technique and the new physics that could be accessed with it.

We hope this work will bring attention to this rather unexplored and fascinating regime of pico-spintronics. To learn more about our work, take a look at our paper: Jhuria et al. Nat. Elec. 2020 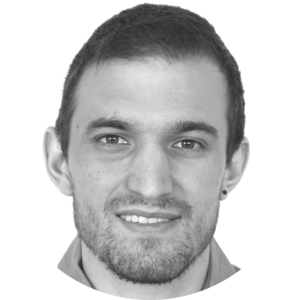