A three-dimensional electron diffraction method allows the atomistic characterization of the curvature in layered cathode materials. 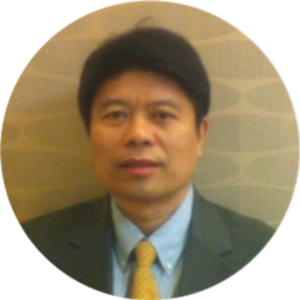 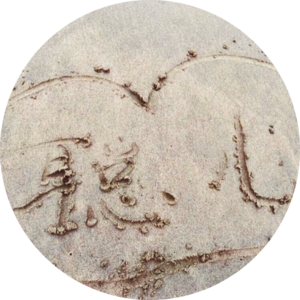 As a new-generation green energy-storage device, lithium-ion battery (LIB) has truly innovated our modern life. The structural stability of the LIB cathodes at high potentials is now the major barrier towards higher practical power density. Layered lithium cobalt oxide (LiCoO2, LCO), developed by Goodenough and helping him win the 2019th Nobel Prize in Chemistry, is the first commercial cathode that has been widely applied in our everyday life, in particular the portable devices like smart phones, laptops and wireless headphones. However, LCO suffers all along from its structural instability at high voltages (> 4.35 V vs Li/Li+) when most intercalated Li+ ions are extracted. This leads to the fact that only about half of its theoretical capacity (274×0.5≈140 mAh/g) is available in practical use and severely restricts its further application.

To stabilize LCO at high voltages for more accessible capacity, numerous studies have been reported by adopting the effective strategies like surface doping and coating, and a few high-voltage LCO (H-LCO) is even commercialized. Representatives are two superb H-LCO materials with trace doped elements (Nat. Energy 4, 594-603, 2019; Nat. Energy 3, 936-943, 2018). However, the origin of the improved H-LCO performance still remains unclear. Therefore, to find the determinant of the LCO structural stability at high potentials, we carried out our research.

The first problem is how to conduct our study. Through summarizing the literature, we found that a powerful nanoscale probe may be the most critical. Based on our knowledge and previous publications, we decided to employ a three-dimensional (3D) electron diffraction (ED) method, i.e. continuous rotation electron diffraction (cRED), which is rather powerful in characterizing other nanomaterials excluding the LIB materials. As the schematic in Fig. 1a, in cRED experiments, only one sample particle is participated and continuously rotated to produce the ED from different directions, offering two main advantages: a fast and automated larger-scale structural information (single crystallite) and an easy interpretation of local structural disorder.

Then we chose two commercial rather than laboratory-synthesized LCO cathodes, i.e. a normal LCO (N-LCO) and a H-LCO, as our research objects to directly relate our understanding to practical applications. Firstly, we conducted basic characterizations and found that no obvious difference in the overall composition or structure existed between the two pristine LCOs (N-LCO-P and H-LCO-P), but their electrochemical tests indicated the superior performance of H-LCO over N-LCO. Such results agree with previous reports and our expectations, and again can not distinctly differentiate the two LCOs. Then, we employed cRED to probe their structures from single crystallites. As shown in Fig. 1b,d, clearly different 3D reconstructed reciprocal lattice from cRED is achieved: streaked reflections along the ­c*-axis in N-LCO-P while discrete and well-shaped reflections with an identifiable unit cell in H-LCO-P. These results tell us that distinct structural disorder from the cobalt-oxide layers exists in N-LCO-P, which is inaccessible previously.

To further explain the cRED results, we utilized HRTEM as the auxiliary to directly visualize the local LCO structures. One can clearly see from their HRTEM images that obvious curved fringes with dislocation are revealed near the N-LCO-P surface (Fig. 1c), while as a contrast is the rather flat fringes observed in H-LCO-P (Fig. 1e). These results are in good accordance with cRED. Since these fringes with ~4.68 Å spacing are recognized as the (003) planes, they are the direct projection of the cobalt-oxide layers. Therefore, from the combined cRED and HRTEM, we learned that curved cobalt-oxide layers existed in N-LCO-P while flat ones in H-LCO-P. On this basis, we tentatively speculated that the curvature in the cobalt-oxide layers may play an important role in the LCO structural stability upon high potentials.

Meanwhile, we faced another problem: the structural discrepancy between the disorder from cRED/HRTEM and the orderliness from synchrotron X-ray diffraction. To solve this, we used focused-ion beam (FIB) milling with HRTEM to determine the curved cobalt-oxide layers. We found that the curved fringes only occurred near the N-LCO-P particle surface while its interior fringes still remained flat. This not only explains the above discrepancy but also validates the cRED capability. Then we explored the N-LCO and H-LCO structures at different potentials (4.2-4.8 V vs Li/Li+). For N-LCO, when increasing the voltage, the streaked reflections become much deteriorated with decreased intensity, and the curved fringes are more curved or even broken with dislocations and even voids, while for H-LCO, these adverse phenomena are rather delayed since H-LCO only exhibits similar results upon rather high voltages (> 4.6 V vs Li/Li+).

To achieve reliable conclusion, we later conducted numerous repetitive cRED and HRTEM characterizations, and found that although both curved and flat cobalt-oxide layers coexisted in every sample, the disorder ratio of N-LCO was always larger than H-LCO, especially upon high potentials. These results validate our speculation that the curvature in the cobalt-oxide layers are truly the structural origin of the high-voltage instability of LCO. Finally, we carried out quantum calculations to theoretically investigate the effect of the curvature on the LCO stability, which also confirm the disadvantageous role of the curved cobalt-oxide layers. These findings are of great importance for the future design of layered cathodes with superior performance.