The rapid growth of the electronics industry in the past decade, has directed multifunctional gadgets such as smartphones, fitness bands, and biomedical devices to become essential parts of our lives. The day-to-day dependence on the technology requires smarter electronic designs that have a capacity to integrate into our everyday tasks. This led to the development of stretchable electronics that can comply with our complex body movements. Due to the rising interest, the stretchable electronic market has reached an astounding size of around 600 million USD in 2020 and is projected to hit a 3 billion mark by 2026 (Market Research Future 2021). As one of the most essential components of these devices is the light source, hence a considerable attention has been diverted to the realization of highly efficient and mechanically robust organic light-emitting diodes (OLEDs). However, achieving a high performance in the OLEDs while maintaining a suitable stretchability has been a great challenge for the researchers. 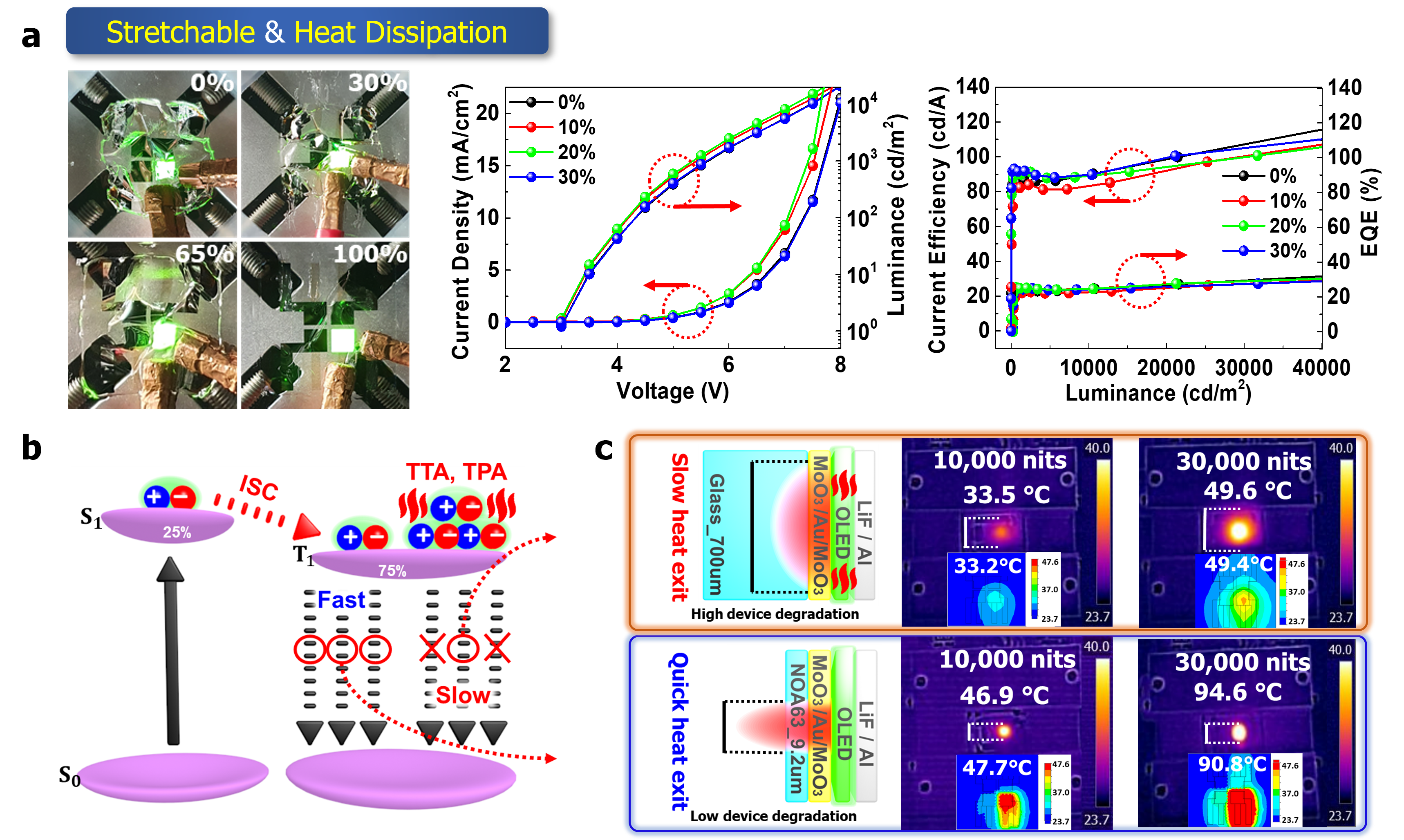 To overcome the challenges related to the fabrication of efficient and stretchable OLEDs, a careful consideration of the materials and design is essential. The conventionally utilized electrodes such as indium-tin-oxide (ITO) and silver (Ag) have limitations in terms that the former demonstrates a poor mechanical stability while the later has a weak adhesion with the elastomeric substrates. Here, we propose the utilization of an oxide-metal-oxide (OMO) electrode, MoO3/Au/MoO3 (MAM) with superior adhesion, and optoelectronic properties. To our knowledge, the OMO as an electrode has not been reported for the fabrication of twistable, and geometrically stretchable organic light-emitting diodes (GSOLEDs). The devices were fabricated using a modified kinetic transfer printing method which enabled them to form buckles with specific dimensions upon relaxation of the applied strain. These buckles enabled the devices to retain their performance during intense stretching (0%–100% strain), flexing, and twisting.

The heat generation in the OLEDs has also been a significant issue that has caused the performance of the devices to deteriorate over operating periods. By using a thin elastomeric substrate, we have addressed the issue and proposed the mechanism to avoid efficiency roll-off by triplet-triplet annihilation (TTA) and triplet-polaron annihilation (TPA). On the other hand, we demonstrated that the device using a thick substrate induced degradation due to the thermally activated energy to triplet excitons, which boosted longer exciton lifetimes, and confirmed the mechanism using time resolved EL (TREL) analysis. Further, we incorporated the thermal conductivity silicon dioxide (SiO2) nanoparticles (NPs) (1.3 W/m∙K) into the lesser conductive NOA63 (0.2 W/m∙K) elastomer to facilitate the heat dissipation from the device.

The forementioned tactics were found to be the necessary ingredients to achieve a maximum external quantum efficiency (EQE) of 20.6% without NPs and 22.3% with NPs using a horizontal emitter. The stretchable OLEDs performance was further improved by utilizing out-coupling enhancement with the incorporation of SiO2 (~470 nm) NPs and was confirmed using optical simulation. The stretchable OLEDs were made waterproof by utilizing a thin encapsulation with side passivation using Norland Optical Adhesive 63 (NOA63) and silicon nitride (SiNx) thin film. As a result, a favorable water vapor transmission rate (3.6 × 10-2 g∙m-2 day-1) was achieved, which is comparable to the recently introduced 4–6 layers of graphene-encapsulated OLEDs. The proposed design of the highly efficient, mechanically robust and heat dissipating OLEDs is a positive step forward towards the advancement of the state-of-the-art electronics for biomedical and display applications. 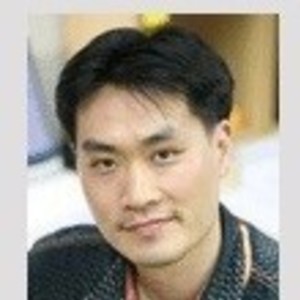