Spin-orbit torque nano-oscillators are highly tunable sources of microwave radiation, making them attractive for practical applications. We demonstrate a simple but effective way to increase their output power and efficiency by adding giant magnetoresistance readout.

Spin-orbit torque oscillators are nano-scale sources of microwave radiation. Their output power and frequency are tunable by changes in applied direct current and magnetic field. They are attractive for practical applications such as microwave assisted magnetic recording, neuromorphic computing, and chip-to-chip wireless communication. However, practical application of spin-orbit torque oscillators will require significant increases in both the microwave emission power and efficiency.

In their simplest form, spin-orbit torque oscillators can be made from bilayers of heavy metals and ferromagnetic materials. Owing to spin-orbit interaction in heavy metals, an applied in-plane direct electric current leads to an orthogonal spin current. This spin current can then create a torque on the magnetization of the ferromagnetic material which can counteract the natural magnetic damping, and above a certain threshold spin current density, induce magnetization dynamics. The threshold spin current densities are achievable in nanoscale systems, which are typically achieved by etching bilayer films into regions with nanowires or nano-constrictions. Owing to magnetoresistance effects, the dynamic magnetization leads to dynamic resistance oscillations. The result of the applied direct electric current and dynamic resistance is a voltage emission in the gigahertz frequency regime.

The typical bilayer spin-orbit torque oscillator relies on the relatively weak anisotropic magnetoresistance for conversion of magnetization dynamics to microwave emission, which typically does not exceed a few pico-Watts. Spin transfer toque oscillators based on magnetic tunnel junctions exploit the large tunneling magnetoresistance to lead to much larger microwave emission; however, the fabrication of these devices is a formidable task requiring multiple lithography and etching steps and electric current must flow perpendicular-to-plane. Our paper explores the question: Can we increase the output power of the spin-orbit torque nano-oscillator while maintaining its structural simplicity and ease of fabrication? 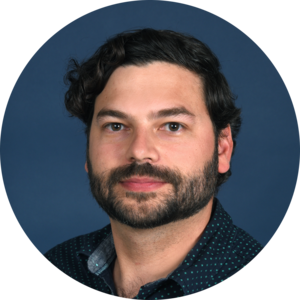 Magnetician with expertise in spin dynamics and spin transport
Follow