Here we have demonstrated an electrically tunable metasurface that can control the 360°-phase sweep while adjusting the amplitude independently, which can be used for light detection and ranging (LiDAR) for autonomous driving.

Light can be described with two quantities, the amplitude and phase in complex numbers, and they determine how light travels: its direction, shape, and brightness. Hence, having complete control over these two quantities implies having full command of light, and doing so using semiconductor chips without bulky mechanical parts will open up new ways to implement exciting applications such as light detection and ranging (LiDAR) systems for autonomous vehicles, augmented reality (AR) wearables, and 3D holographic displays.

Previous efforts on light modulation with solid-state devices utilized an array of pre-encoded static nanoantennas or electrically tunable active metasurfaces. Some made noticeable progresses, yet complete control of light eluded scientists and engineers because relying on one control parameter made it difficult to manipulate the two quantities, the amplitude and phase of light, independently and effectively. Previously, using one control parameter resulted in cross-coupled modulation of the amplitude and phase and limited the device functionality.

In our recent Nature Nanotechnology paper, our research team has demonstrated a spatial light modulator (SLM, Fig. 1a) that can independently manipulate the amplitude and phase in the near infrared regime. The SLM can modulate the phase of reflected light from 0° to 360° while adjusting the amplitude independently from zero to its full value. Each pixel of the SLM consists of a refractive-index-changing material (Fig. 1b), and intelligently selecting the two independently-addressed top and bottom gate voltages per pixel leads to the charge accumulation and depletion conditions required to generate the optical properties necessary to accomplish full control of light: its shape, direction, and intensity (Fig. 1c, d).

Fig. 1. All-solid-state spatial light modulator with two gate biases for full light modulation. a, Illustration of the electrically tunable metasurface array that can steer reflected beams.  b, Cross-sectional view of the nanoresonator that consists of the indium-tin-oxide (ITO) as the active layer and the top Au nanoantennas. The amplitude and phase of light in reflection is controlled by adjusting the top and bottom gates, Vt and Vb, respectively. c, Voltage combinations (Vt, Vb) marked by grey and coloured dots. d, Reflection coefficients, resulting from applying the voltage combinations shown in c, The voltage combinations can generate any coefficients on and around the origin, implying independent modulation of the amplitude and phase over 360°.

This new way of controlling light can change the rule of games in various applications that require wavefront shaping. As one such example, we have demonstrated ultrafast beam steering for LiDAR. The steered beam scanned multiple objects in an emulated street scene (Fig. 2a) and successfully generated the corresponding depth map up to 5-m distance (Fig. 2b-d). 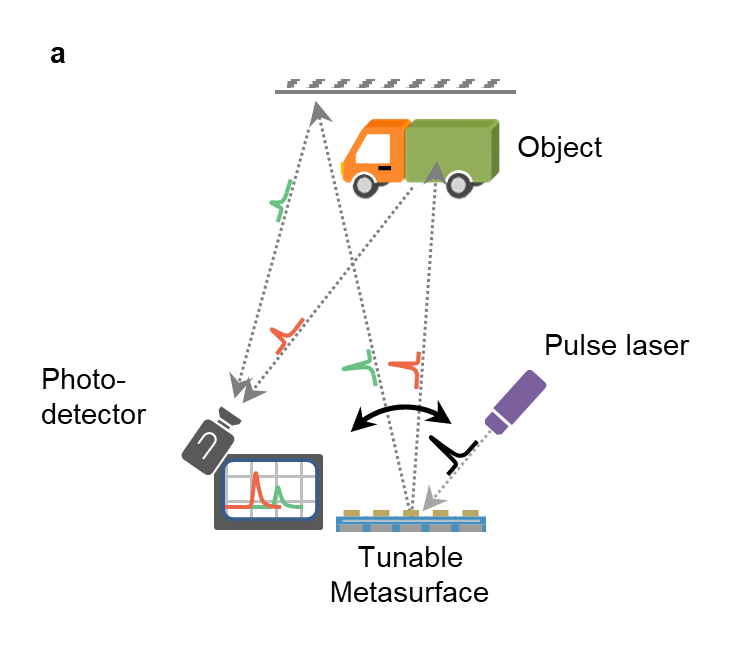 Fig. 2. Demonstrated use of LiDAR. a, Schematic diagram of the 3D LiDAR experimental setup. Pulses from the laser are incident on and reflected from the metaphotonic SLM. The steered pulses illuminate the objects, and an array of avalanche photo-detectors captures the returning laser pulses and converts them into electrical signals to calculate the delays and the corresponding distances to the objects. b, Animation GIF of the steered beam that scans the emulated street scene that consists of a model bus and a wooden figure (AA3012, MacPherson’s). c, Scan region. d, 3D depth image produced using the tunable metasurface

We envision that our SLM technology capable of full light modulation may lead to a creation of a versatile platform that can be highly useful in diverse research fields and applications, such as variable multi-focal imaging and stimulation in neuroscience, generation of higher complexity such as Airy beam or other profiles with orbital angular momentum in advanced multi-photon light-sheet microscopy, and multi-channel modulations in communications. We look forward to hearing voices of researchers from other fields and pursuing interdisciplinary collaborations.

If you are interested in this work, please refer to our paper published in Nature Nanotechnology, “All-solid-state spatial light modulator with independent phase and amplitude control for three-dimensional LiDAR applications.” The link is https://www.nature.com/articles/s41565-020-00787-y. 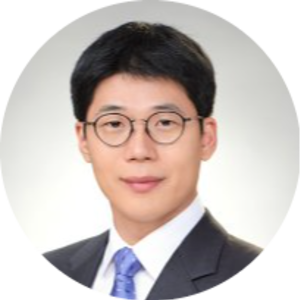