In this work, we have indeed experienced a wonderful journey.

We developed a polymeric carbon nitride nanosheet (denote as MCN1-4), which has extremely high photocatalytic activities with AQEs of 23% and 0.014% at 420 nm and 850 nm, respectively. Note that no extra element doping or composite has been applied and the AQE of 0.014% at 850 nm is the highest record among all reported polymeric carbon nitride based photocatalysts to the best of our knowledge.

It is exciting to fabricate a new carbon nitride with one of the highest activity records. However, it was puzzled to us at the first glance for its high activity, in particular for the infrared light response. As shown in Figure 1, MCN1-4 has a wide band gap, which theoretically cannot respond to infrared light. Therefore, the mechanism should be different from the traditional strategies for achieving infrared light response, such as narrowing bandgap, surface plasmon resonance (SPR), thermoelectricity, etc. 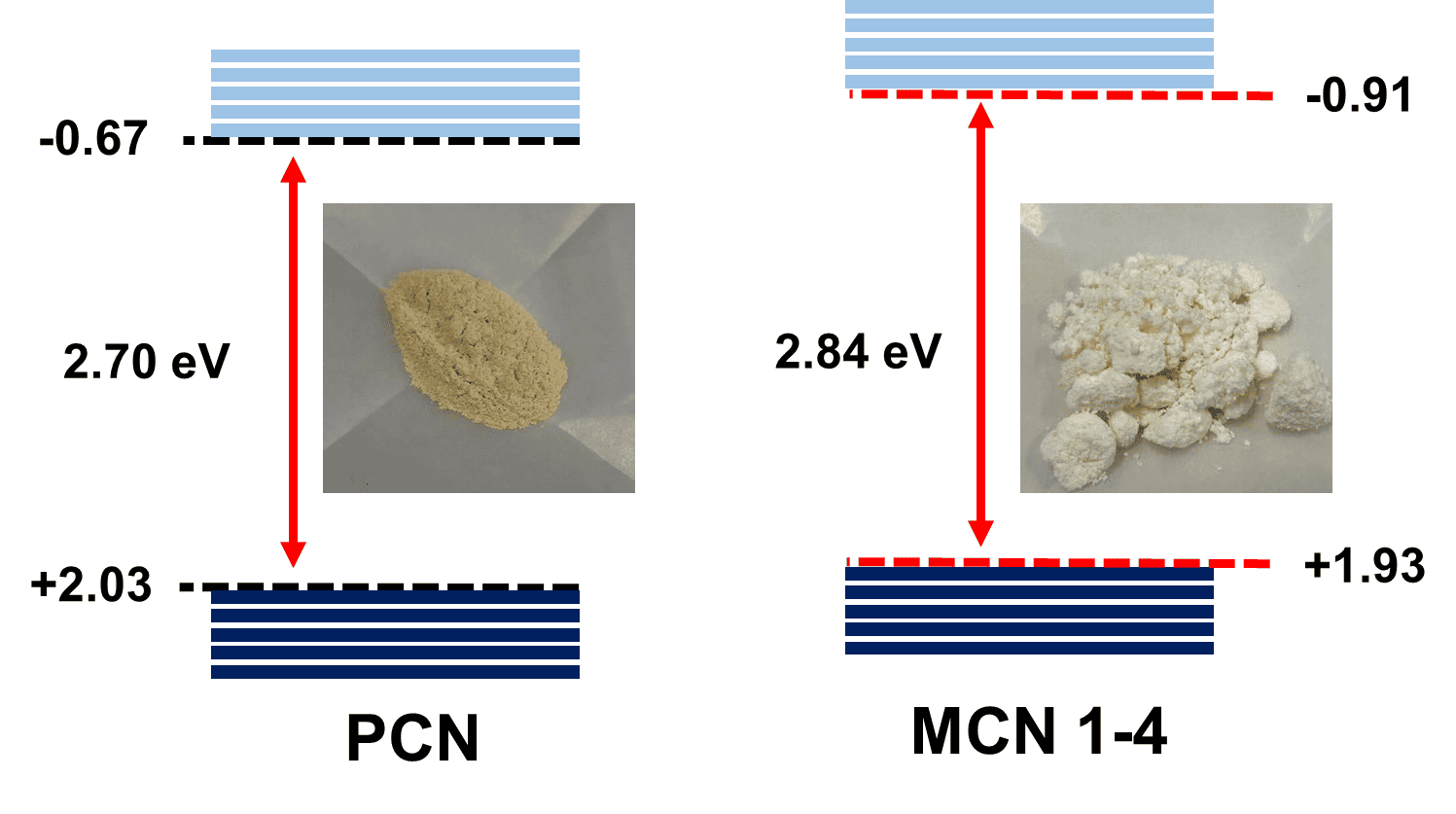 Fig. 1 photographs and bandgap structure of PCN and MCN1-4.

We found that the hydrogen generation rate of MCN1-4 is proportional to the irradiation intensity of infrared light (slope=1.77). Furthermore, we confirmed that the up-conversion characteristics in both PCN and MCN1-4, which is caused by the two-photon absorption (2PA) mechanism. However, the question remains: why only MCN1-4 shows photocatalytic water splitting under infrared light.

According to the NEXAFS characterization (Fig. 2), MCN1-4 has a new peak at 289.1 eV, which is attributed to the σ*C-O of the C-O-C part of the triazine matrix ring. The orbital energy of σ* C-O (289.1 eV) in MCN1-4 is 0.4 eV higher than that of π* C=N-C (288.7 eV). Generally, the σ* orbital energy is too high to participate in the photocatalytic reaction under visible light irradiation. However, σ*C-O has appropriate energy, and the photoexcited electrons are transferred to this orbit to obtain a longer lifetime than any π* orbital.

Fig. 2 (a) NEXAFS spectra carbon K-edge of PCN and MCN1-4, (b) Schematic description of covalent bonding in terms of atomic orbitals.

Finally, we also demonstrated MCN1-4 has extremely high photocatalytic activity under visible light due to the longer lifetime. It is believed that increasing the constitution of σ*C-O in carbon nitride will further boost its photocatalytic performance.

You can find more details about this work in our research article: Infrared response in photocatalytic polymeric carbon nitride for water splitting via an upconversion mechanism. Communications Materials 1, 90 (2020). 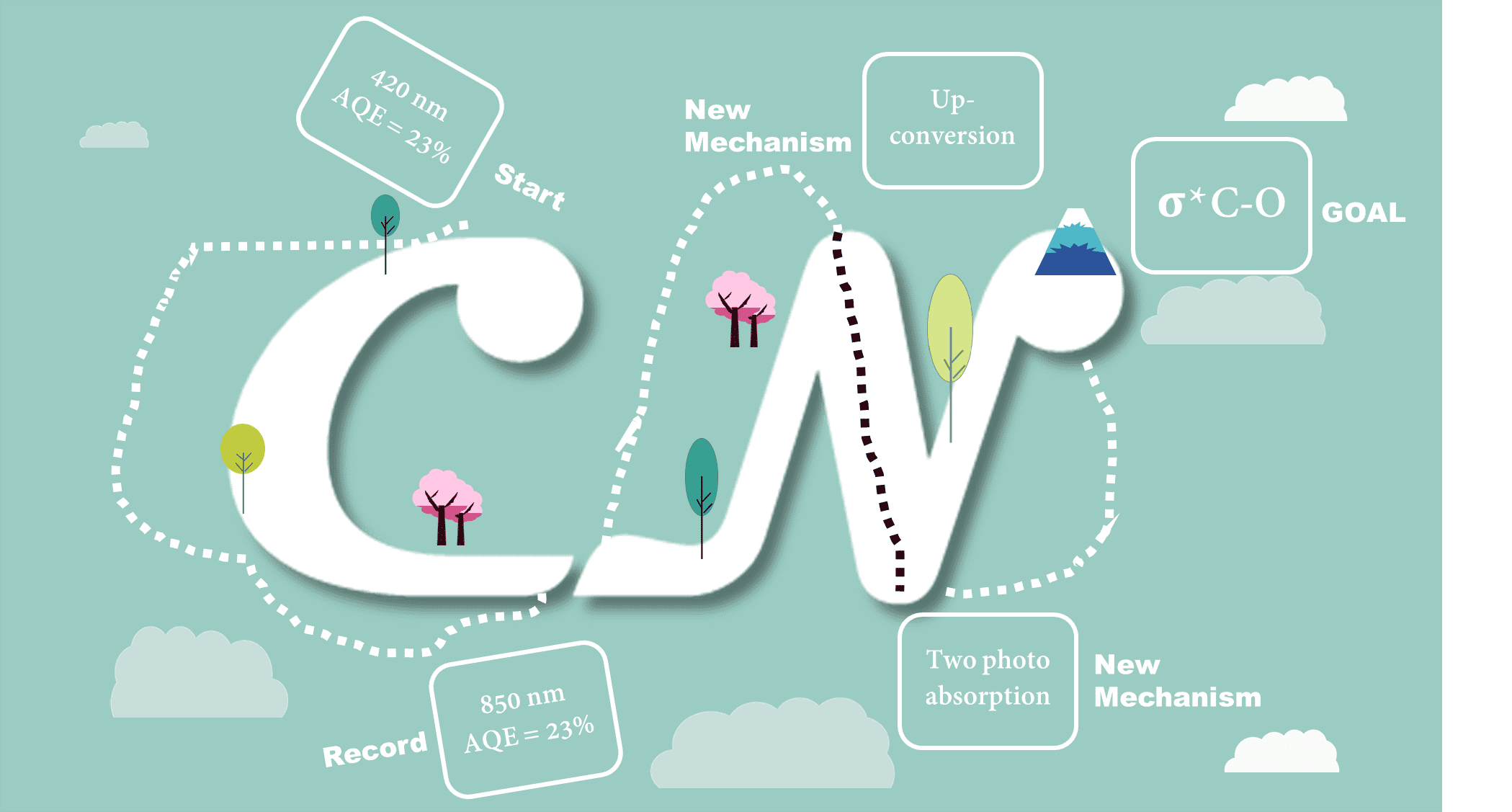 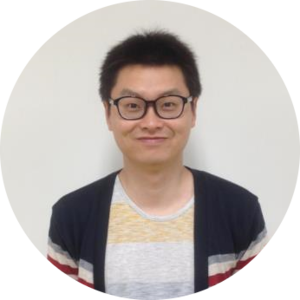