Lithium-sulfur and magnesium-sulfur batteries scrutinized. Underlying mechanistic principles and the state-of-the-art of the two "beyond lithium ion battery" systems are discussed. A realistic perspective on performance and energy aspects as well as research directions are provided.

In case of LSBs, the continuous corrosion of lithium (Li) as well as the high tendency to form high-surface-area lithium, often referred to as “dendrites”, remain fundamental and yet unsolved issues. To avoid resulting capacity losses and safety issues at the anode, more and more research is dedicated to the development of MSBs which make use of the safer, more abundant, and cheaper magnesium (Mg) in combination with the cheap sulfur cathode material. In recent years, the development of Mg electrolytes, which are not reactive towards sulfur, respectively emerging polysulfide species, resulted in a substantial progress in the development of this technology. Nevertheless, MSB cells typically show high overvoltages during charge and discharge, a lower rate capability, and a lower reversibility at the sulfur cathode.

In a direct comparison of the electrochemical processes in LSBs and MSBs, our review article identifies and explains how the different behavior of the metal anodes and the sulfur-based cathode is intrinsically rooted in the nature of the involved Li or Mg species.

At the anode, we outline that the higher overpotentials for the electrodeposition and -dissolution of Mg in comparison to Li relate to the higher charge density of Mg2+ in comparison to Li+ cations. Accordingly, a more rigid complexation of Mg2+ in the electrolyte as well as a lower ion conductivity in solid surface films on the Mg electrode slow down these processes. We show that both aspects require a careful electrolyte design.

At the sulfur cathode, we comprehensively elaborate on how the redox mechanisms and overpotentials are determined by the different speciation of Li and Mg polysulfide intermediates and how this can be improved by rational choice of electrolytes.

On a cell level, our review article shows how the characteristics of the cathode and the anode in current MSBs are reflected in a lower voltage efficiency, rate capability, and cycle life than already realized for LSBs.

Combining the deep understanding of the processes at material level with the envisaged improvements of performance, energy content and thus cost on a practical cell level, our work elaborates where the core research directions for MSBs should differ from LSB research, and where they are alike. It was our core aim to present a realistic overview on the practical potential of MSBs in comparison to LSBs and LIBs. In this context, the technology readiness level (TRL) must be considered. While LSBs are currently entering niche markets, the technology of MSBs is still in the stage of basic research.

We believe that our review article (click here to see the article) contributes to the common understanding of the material design and processes in both systems and prompts the highly needed deeper examination of high-energy LSBs and MSBs. 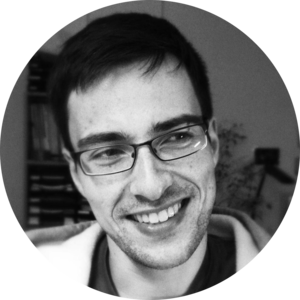