Artificial materials or metamaterials that exhibit handedness or chirality can have pretty unusual effective elastic properties. In the dynamic regime, this means that chiral phonons and acoustical activity can occur. In the quasi-static regime, such materials not only convert quasi-static pushing or pulling on them into a twist motion, but their effective properties strongly depend on the number of unit cells contained in the crystalline specimen. For comparison, the linear elastic properties of ordinary materials are constant and do not depend on the number of unit cells at all. In previous work on chiral mechanical metamaterials, this size dependence has been a nuisance in the sense that the wanted push-to-twist conversion rapidly decreased when going to specimen with many unit cells within.

Our team of researchers at the Karlsruhe Institute of Technology has found a way of getting rid of this nuisance. In our paper, we show how we designed, manufactured by 3D laser printing, and tested three-dimensional periodic metamaterials for which the unusual push-to-twist conversion even increases with increasing specimen size. At a length scale we refer to as the characteristic length, maximum effect is reached. Beyond this point, the effect decreases. For experimentally accessible parameters, this turning point can be connected to more than thousand unit cells in the three-dimensional specimen. Conceptually, this turning point can even be made as large as one wants.

Intuitively, we achieve this unusual behavior by reducing the torsional stiffness of the specimen by designing the coupling between neighboring unit cells within the specimen, while keeping the interaction between neighboring unit cells strong “to make them want to twist the same way”. At first sight, these two aspects appear to straight contradict each other. However, we show by a simple analytical model and by extensive numerical calculations that such behavior is indeed accessible by microstructure design.

Perhaps most importantly, we also demonstrate such behavior in experiments. In addition to the theoretical design challenge, the experimental challenge lies in the making of three-dimensional metamaterials with up to more than one hundred thousand unit cells within. With previous 3D additive manufacturing approaches, the making of even a single sample would have taken ridiculously long times. Taking advantage of a recently independently reported rapid multi-focus multi-photon laser-based 3D additive manufacturing approach with sub-micrometer precision, the making of one metamaterial sample could be pushed down to the order of one day. This progress has allowed us to manufacture many different samples in the present paper and thereby validate the predicted size-dependent behavior in direct experiments.

Our experiments even access a size regime in which finite-element computations are no longer possible due to excessive memory demand and computational cost. This aspect asks for future refined simulation approaches being able to cope with this rapid progress in the field of mechanical metamaterials. 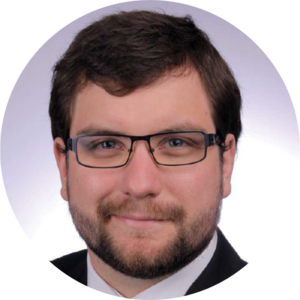