LGBTQ+ STEM 2020 - Visibility Is Only The First Step

The International Day of LGBTQ+ People in STEM is now in its third edition. The 2020 celebration, celebrated on November 18, sees humanity reckoning against incredible challenges and how we will adapt to this brave new world. On the eve of LGBTQ+ STEM Day, I can’t help but reflect on what we have achieved over the last three years.

Pride in STEM, the UK charitable trust I founded, and the handful of other international organizations who help behind the scenes of LGBTQ+STEM Day never had any utopistic goal about the date. We wanted a day to raise the visibility of all LGBTQIA+ people in every STEM field, a day to highlight the many barriers that still exist in academia and industry against those who are not cis and straight.

Visibility is good but it is not enough. It is just the first step. There are profound issues in Science. Not just about diversity, but how we do it, how we promote it, how we reward the members of the disciplines. If we keep pretending that Science is perfect, that it's far removed from the messy human world, that it's apolitical, we will find ourselves in a crumbling edifice that can’t compete with the world around it.

Harassment and discrimination are rife in STEM organizations. A report by the Institute of Physics, Royal Astronomical Society, and the Royal Society of Chemistry showed that a large fraction of LGBTQIA+ physical scientists deal with a hostile workplace. It was also striking that across all genders and sexualities, people report having experienced harassment and exclusionary behavior. If a toxic culture against one group is allowed, do not be surprised when that toxic culture becomes the workplace culture.

STEM with regard to LGBTQIA+ people, especially in the UK, is also under continuous attack from transphobes. This has been going on for years but even if we consider 2020 alone, since March, online mobs of transphobes have targeted organizations such as the Royal Institution and Royal Society of Biology, a huge amount of scientists and science communicators, and organizations dedicated to supporting women, ethnic minorities, and obviously the LGBTQIA+ community. The use of sockpuppets and unmoderated message boards allows them to give the appearance that they are a majority when they are very much a minority.

Most recently transphobes have associated themselves with organizations that want to ban evolution from school curricula as well as using terminology such as “gender ideology”; a phrase taken from the vocabulary of far-right demagogues, more often than not used to curtail women’s rights, such as the recent attempt at banning abortion in Poland.

STEM institutions can’t continue to hide their head in the sand. Discrimination in society happens in the world of Science as well. We must be committed to rooting this out.

The steps after visibility are tough, and to be fair we are still struggling with visibility itself. Each community and STEM as a whole need to provide a platform, support, and opportunities to all. If all you hear about the perspective of LGBTQ+ people in STEM is the voice of cis, white, gay, non-disabled men like me, then we are failing to bring the true voices of our community to the foreground. 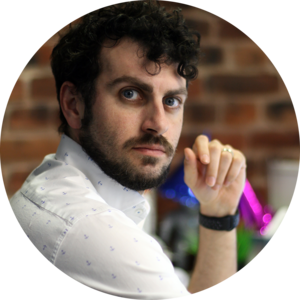 Andrew MN {he/him}
Nature Portfolio Device and Materials Engineering Community
We use cookies to help improve your experience. By continuing to browse our website you are consenting to our use of cookies.
Learn more