The short-range diffusion length of organic semiconductors severely limits exciton harvesting and charge generation in organic bulk-heterojunction solar cells. We reported exciton diffusion length in the range of 20 to 47 nm for a wide range of non-fullerene acceptor molecules.

+3
Yuliar Firdaus and 3 others See all
Researcher, King Abdullah University of Science and Technology 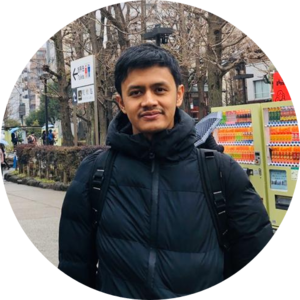 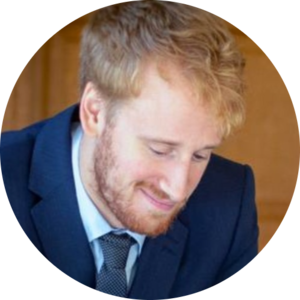 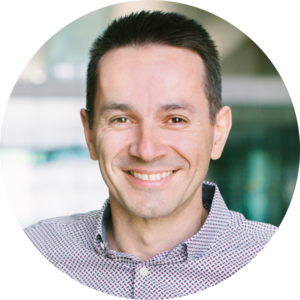 The distance at which the excitons (electron-hole pairs) in traditional organic semiconductors can diffuse upon photoexcitation - the so called exciton diffusion length - is typically on the order of 10 nm. This rather short distance has led to the prevailing view that the length scale of the donor-acceptor domains in organic photovoltaics (OPVs) must also be of comparable dimensions. To account for this limitation the BHJ concept was introduced in the early 90s, ultimately leading to the modern OPV technologies. BHJs consists of mixed donor (p-type) and acceptor (n-type) materials where both components interpenetrate one another. Unlike traditional semiconducting pn heterojunctions, however, the heterointerface in a BHJ is not planar but spatially distributed across the entire photoactive layer. While the view that short exciton diffusion length in such organic BHJs presents a major limitation, the power conversion efficiency (PCE) of OPVs kept increasing, especially in the past few years. A major contributor to this progress was the development of new nonfullerene acceptor (NFA) molecules for which donor-acceptor domain sizes of 20-50 nm have been reported. These findings prompted us to study the role of exciton diffusion length in a wide range of state-of-the-art NFAs.

I was first introduced to the wide bandgap p-type semiconductor copper thiocyanate (CuSCN) when I joined the group of Prof. Thomas Anthopoulos over three years ago. His group has been exploiting CuSCN as a hole transport layer in various optoelectronic applications (10.1002/adfm.201701818) including the first ever mesostructured CuSCN:fullerene solar cells (10.1002/advs.201700980). Since we knew that CuSCN is fully transparent and forms a type-II heterojunction with most of the NFAs, we thought it could provide an ideal exciton quenching interface. In this work, we resolve the exciton diffusion length of NFAs using bilayer devices consist of the CuSCN layer as an exciton quencher and the NFA layer (Figure 1a).

Figure 1. (a) Schematic of the device architecture and the cross-sectional transmission electron microscopy (TEM) image of a CuSCN/acceptor bilayer solar cell. (b) EQE of CuSCN/IT-4F bilayer devices at 650 nm, 675 nm, 700 nm, and 725 nm. The experimental data (circles) are fitted (solid lines) for all thickness. LD obtained from the fitting: 45 nm. The dashed lines are the fits for LD 35 and 55 nm.

While studying CuSCN/NFA bilayer devices, I noticed a peculiar dependence of the photocurrent on NFA layer thickness which suggested a relatively long exciton diffusion length (Figure 1b). In collaboration with Vincent M. Le Corre, a PhD student in Prof. Jan Anton Koster’s group at the University of Groningen, we were able to model the device and extract the exciton diffusion length. Strikingly, these calculations suggested a high exciton diffusion length of around 45 nm. Despite the excitement, however, we were unsure about these large values and felt that we should try and verify our measurements using an independent technique. We were able to do that in 2019, when we came across a study by Chandrabose et al. (10.1021/jacs.8b12982) which reported a high diffusion length for one NFA using a transient absorption spectroscopy technique.  In collaboration with Prof. Frédéric Laquai’s group we were able to perform such measurements and calculate strikingly similarity exciton diffusion lengths with those measured for the bilayer OPVs. As can be seen in Figure 2, several of the NFAs studied exhibit some of the highest exciton diffusion lengths reported to date for organic semiconductors. Quantum chemical calculations performed by Prof. Denis Andrienko’s group in Max Planck Institute concluded that the exciton transfer rate is significantly boosted due to the stiffening of the NFA’s conjugated core, which reduced the activation barrier for the exciton transfer.

For more details about our exciting work, please read us here.

Figure 2. Comparison of diffusion lengths reported from 2005 onwards for various types of donor and acceptor materials relevant to organic photovoltaics.