Light-induced pseudo magnetic field is generated by many-body interactions in two-dimensional WSe2/MoSe2 which can increase or cancel an external magnetic field.

Magnetic field is commonly used in research, from magnetic resonance imaging (MRI) to spintronics and quantum Hall effect. A large field of several Tesla typically requires bulky superconducting magnets and is slow to be changed, taking several tens of minutes. Fast generation and manipulation of large magnetic fields at the nanoscale remains a challenge.

Researchers at Emory University have managed to generate pseudo magnetic field ~ 6 Tesla through many-particle interactions by shining light on two-dimensional (2D) heterobilayer WSe2/MoSe2, as reported in Nature Nanotechnology (https://www.nature.com/articles/s41565-020-00804-0). This light-controlled pseudo magnetic field, stronger than what is commonly used in MRIs, acts just like an external magnetic field (B) and can enhance or cancel the latter. Moreover, it has the added advantage of being able to turn on and off at tens of nanoseconds timescale.

Optically active 2D materials, such as transition metal dichalcogenides (TMDs), have emerged as a versatile platform to study fundamental physics, especially Coulomb interactions between particles, which is enhanced in the 2D limit. A typical example is the formation of excitons - photogenerated bound electron-hole pairs - and enhanced interactions between them. In a WSe2/MoSe2 heterobilayer, electrons comprising the exciton remain in the MoSe2 layer while the holes are in WSe2, giving rise to an out-of-plane electric dipole whose direction is fixed (Fig. 1a).  When more than one exciton is present, the dipole-dipole interaction (Udd) between them is always repulsive much like magnets pointing in the same direction.

These excitons which resemble a hydrogen-like state in the solid state, can be considered as bosons unlike electrons which are fermions. In addition to Udd, there is also an exchange interaction Uex resulting from the indistinguishable nature of excitons with the same spin. In WSe2/MoSe2, the electrons at a given energy with opposite spins have opposite momenta labeled by K and -K in the momentum space. In order to generate indistinguishable excitons, we need to optically excite electrons with the same spin states. This can be easily achieved in TMDs as spin up (down) electrons mainly couple to right-hand (left-hand) circularly polarized light, giving rise to K excitons (-K excitons). When shining right-hand circularly polarized light on the sample, repulsive interactions between excitons and their bosonic nature raise the energy of K excitons relative to -K excitons (Fig. 1b), reminiscent of the Zeeman effect, where an external magnetic field splits the energy of the two spin species. In other words, the exchange interaction acts as a magnetic field Bex to tune the exciton energies.

Due to the peculiarities of WSe2/MoSe2 heterobilayer, even microwatts level of optical excitation is able to generate an exchange magnetic field of 6 Tesla. Regular magnetism in ferromagnets arises due to repulsive Coulomb interactions amongst electrons, which are fermions. The “magnetism” here, coming from repulsive interactions between bosonic excitons, is crucially different - it takes place in an out-of-equilibrium setting in the presence of optical driving and dissipation, since excitons only have a lifetime on the nanosecond timescale.

This study is based on many-body interactions between interlayer excitons in TMDs. However, the interacting phases of optical excitations and novel phase diagram unique to non-equilibrium setting remains to be explored. Also, the possibility of optical magnetism in the ground state is a potentially important problem. Further application of this study could lead to dynamic, optically controlled non-reciprocity on-chip through pseudo magnetic field generation at the nanoscale in an energy efficient way. 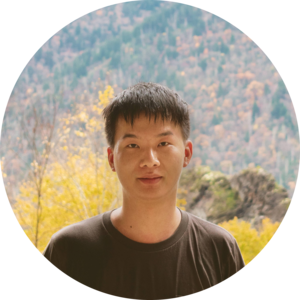