When I became a postdoctoral fellow in 2017 in the group of Prof. T. J. Marks and A. Facchetti at Northwestern University, I wanted to study something different from my graduate research project. Thus, first I did a lot of reading and tried several new ideas, however, they have been unsuccessful until a paper reporting high-temperature-resilient ceramic nanofiber sponges drew my attention (DOI: 10.1126/sciadv.1603170). They made several insulating metal oxide fibers by the blow-spinning method, a facile technique I have never heard of before (Figure 1).

I had then the idea to use this approach to fabricate functional metal oxide fibers for electronic applications and trying tens of different recipes and experimental conditions to achieve this goal. After several weeks of optimizing reactants and processing conditions, I synthesized the first semiconducting indium gallium zinc (IGZO) oxide fibers and integrated them as the active layer for thin-film transistors (TFTs). Note, TFT are the building blocks of electronic circuits, thus very important electronic components of several products. Upon improving IGZO fiber fabrication, density, and diameter, I explored their use for gas sensors, which I had gained experience during my PhD training. My data showed that these devices work very well and are very sensitive (sensitivity = 33.6% ppm-1) to NO2 gas even at room temperatures, while the commercially available oxide-based gas sensors need a >300 °C working temperature. Taking advantage of the unique fiver morphology, I started to test the possibility of using them in stretchable devices.

In Dec. 2017, I attended the MRS fall meeting and I was introduced to Prof. C. Yu of UT Huston by a friend of mine. Prof. Yu did impressive studies on rubbery electronics and gave a talk about the use of organic semiconductors for electrochemical transistors, temperature and light sensors. After talking with him and my supervisors, we started to test the possibility of using these oxide fibers for electrochemical transistors and temperature (sensitivity = 2.2% °C-1) and UV light (detectivity = 5.2×1010 Jones) sensors. With the help of Mr. Anish Thukral, we obtained decent data after several months (Figure 2).

Although I collected a lot of data demonstrating the potential of IGZO fibers it was difficult for me to assemble a coherent picture for an impactful publication and it is at that point that Prof. Facchetti provided key guidance for improving the first draft of the paper and including additional experiments. Thus, he suggested a collaboration with Prof. X. Yu (CityU of Hong Kong) to include mechanical simulations to better understand how the fiber and the corresponding fiber network respond to stress.

When I collected additional data and included them in the manuscript, Prof. Facchetti further revised the paper commenting construction, presentation, quality of the figures and the Supplementary Information. He put forward a lot of critical but important questions, suggestions, and requesting more experiments. I had worked with him for five years and drafted more than a dozen papers. However, whenever I sent him a new paper, we typically polishing it for > 10 times! He is a scientist pursing excellence that sometimes feels overwhelming but at the end is pleasing when the work is done. I am a “lucky dog” to know him and work with him as you can always feel ease and learn things from him. Prof. Marks also provided very important additions to this work through weekly meetings and critically commented and revised the manuscript, for which I am very grateful.

When I though the work was almost completed, we decided to provide an additional demonstration which is reported in the last part of the paper. Prof. Facchetti is never happy! Thus, a monolithically integrated MO nanofiber-based sensor system enables human-machine interactions with multiple sensing functionalities and high levels of recognition was demonstrated. We foresee that this new strategy of fabricating elastomeric inorganic semiconductors/conductors will advance the development of very stable and sensitive stretchable electronic functionality. Furthermore, the integration demonstrated here will promote advances in stretchable electronics for a wide range of applications, such as artificial skins, biomedical implants, and surgical gloves. 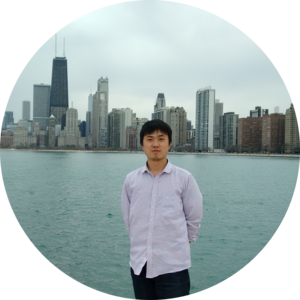 Postdoc, The University of Tokyo