Summary: We showed that the optical properties of a material can be greatly increased by placing the nano-metal plates inside the material in staggered manner, such as stacking bricks. In particular, the enhancement method disclosed in this study can be applied to various physical fields such as mechanics, electromagnetism, fluid dynamics, thermodynamics, and so on. Thus, it is expected to be applied not only to optical devices such as ultra-fast optical switches, but also to other physical devices.

Creating a well-controlled light like the Star Wars lightsaber or making an optical computer operated only by light can be done using nonlinear optical phenomena, which has yet to be realized because there is no material with strong nonlinearity. Even with small nonlinearity of natural materials, technologies such as ultra-fast optical elements, 3D photolithography, and super-resolution microscopy could be implemented, but a common limitation in these is a use of large and expensive high-power laser or a large size implementation of the equipment to offset the small nonlinearity of natural materials.

We devised a way to control and enhance the polarization of the material which is the material’s fundamental electrical property. We found that when the nano-metal plates are staggered in three dimensions, the local polarization is enhanced and fills the space tightly, creating a very large overall polarization, as if a stream gathers and becomes a river. The method of achieving a large nonlinearity and nonlinear effect by controlling the magnitude of the polarization rather than the intensity of light is the first concept presented in this study, and is a step toward the development of an energy efficient and small nonlinear optical device that has been pursued for over 60 years when nonlinear optics has been studied.

As an example of an application, we confirmed through computer simulation that the designed metamaterial can achieve a more energy-efficient and faster optical element than the conventional one by using a large nonlinearity even for short optical pulses. Considering the common criteria, which is a product of temporal pulse width and pulse energy, the performance of the developed device is beyond the state-of-the-art.

Furthermore, we showed that the developed metamaterials could be applied to physics other than optics. it is proved in this study that the model that accounts for the significantly increased stiffness of the bone compared to the that of the protein is mathematically very similar to the principle of optical nonlinearity that the researches devised in this study. By extending this, it is expected that the method of this study can be applied to increase of the mass transfer rate in fluid dynamics, thermal conductivity in thermodynamics, and so on.

Owing to the developed polarization enhancement scheme, which is the most important concept devised in this research, conventional Miller's rule for nonlinear optics fails to describe the optical properties of our metamaterials with several order of magnitude discrepancy. In this paper, we provide modified Miller's rule to extend the applicability. 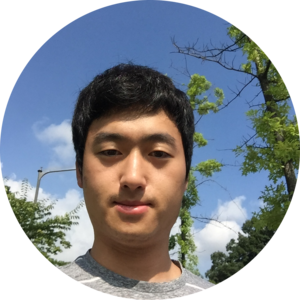