Formed by the selective reaction of tin fluoride with a dihydropyrazine compound, metallic tin nanoparticles in the tin perovskite precursor solution prove to be effective scavengers for trap-forming Sn(IV) impurities.

We believe that for tin perovskites, device efficiency and material stability are two faces of the same problem. As the perovskite degrades, more impurities and structural defects are formed. This negatively impacts the electrical output of the cell, particularly the working voltage. Looking at it from the point of view of the materials chemist, tin perovskite light absorbing layers with the fewest impurities should return optimal solar cell performance. As we began work, it quickly became clear that the purity of the starting material, SnI2, made a big difference to the device performance. Sn(II) is easily oxidized to Sn(IV), and, as received, the reagents typically already contained a significant fraction of SnI4. These Sn(IV) chemical impurities are assimilated into the perovskite crystal structure, forming electrical traps, and even trace amounts can be expected to be a big problem. To combat this, we previously developed a purified and stabilized solvent-complexed SnI2 starting reagent. Even when processed carefully using our improved HAT method, however, we were still concerned that, once dissolved in the precursor solution, some of the Sn(II) might be oxidized to Sn(IV) by trace amounts of oxygen. As a protective measure, we began looking at the idea of adding chemical reductants to the precursor solution. Many compounds were tried, including 1,4-bis(trimethylsilyl)-1,4-dihydropyrazine (DHP), GeCl2·dioxane, Et3SiH, and Sn bulk powder, but the most effective material was found to be 1,4-bis(trimethylsilyl)-2,3,5,6-tetramethyl-1,4-dihydropyrazine (TM-DHP). 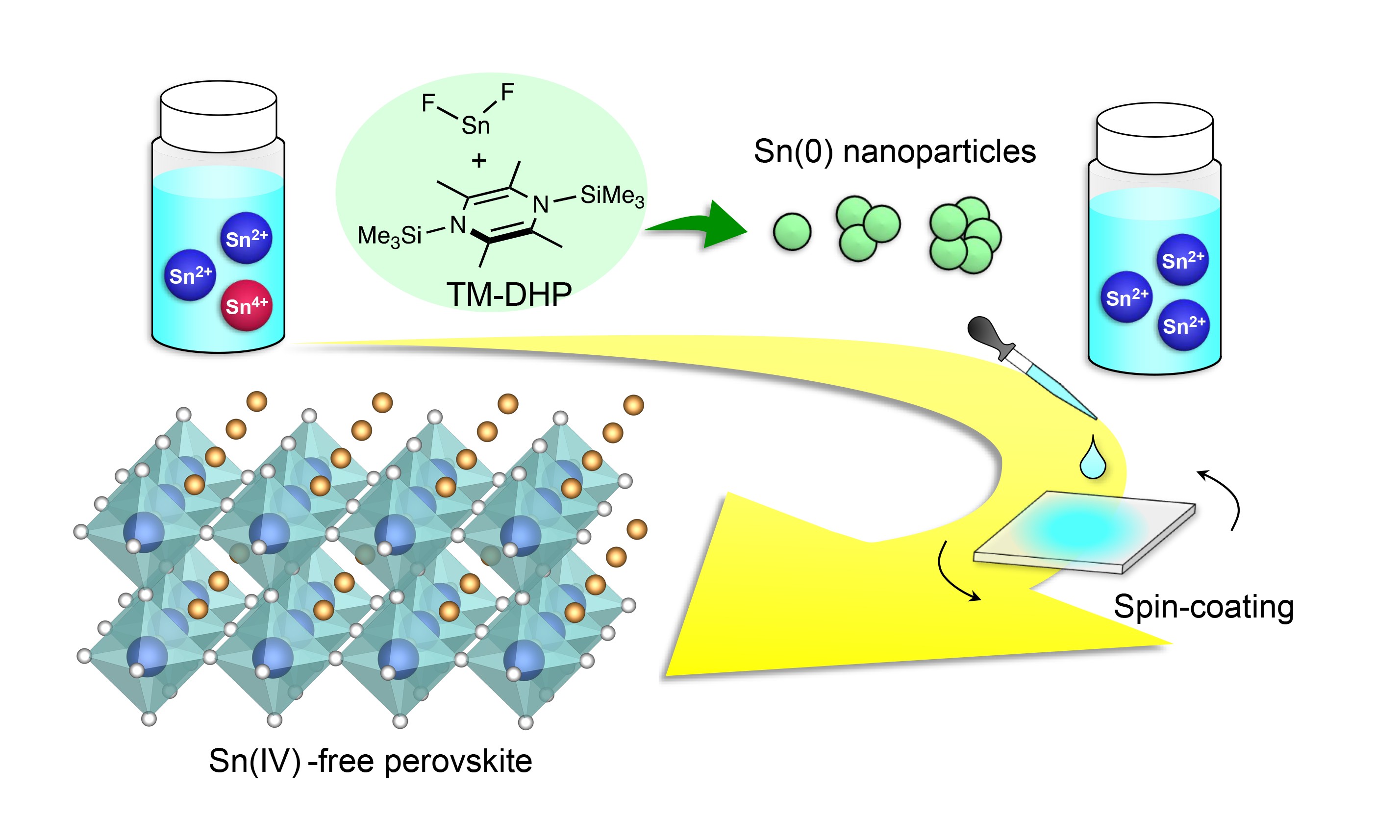 As we explain in our paper in Nature Communications, Sn(IV)-free tin perovskite films realized by in situ Sn(0) nanoparticle treatment of the precursor solution, with TM-DHP added to the SnI2-containing precursor solution we could achieve tin perovskite devices with exceptionally high efficiency and open circuit voltage of 11.5% and 0.76 V, respectively. Remarkable as that is, the most interesting part of the story is the surprising mode of action of the reductant. TM-DHP does not reduce Sn(IV) directly. Instead, we discovered that TM-DHP reacts with another compound in the precursor solution, SnF2, to form metallic tin nanoparticles. These tin nanoparticles scavenge the Sn(IV) ions before conveniently precipitating out of the solution as bulk metallic particulate. Crucially, TM-DHP reacts selectively with the SnF2, the SnI2 needed to make the perovskite is unaffected. The composition of our perovskite layers was verified by X-ray photoemission spectroscopy (XPS) to be essentially free of Sn(IV). Clean tin perovskite. Success! 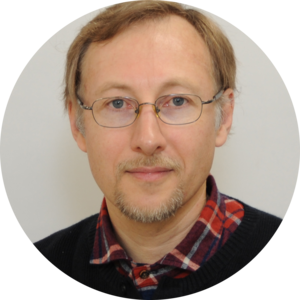