Before I became a PhD candidate, I mainly focused on the fascinating properties of the vortex beams. There are questions in my mind for a long time, "Can single photons carry OAM? How to generate and detect twisted single photons in chip-scale devices experimentally? " Fortunately, there was an opportunity for me to do the experiment at Sun Yat-sen University. I began my study on the single photons with OAM under the supervision of Prof. Jin Liu who has been extensively working on solid-state sources for single photons based on the epitaxial quantum dots (QDs).

In the beginning, it is very unclear to us how to encode the OAM to the single photons emitted by the QDs. Fortunately, we have a colleague who had pioneered the first classic OAM emitters on-chip by harnessing the power of silicon photonics. Prof. Xinlun Cai’s milestone work published in Science back to 2012 had, for the first time, demonstrated the feasibility of generating optical vortex from highly compact micro-ring resonators with specially designed angular grating. However, it is not straightforward to directly transplant this elegant idea from the classic domain to quantum regime until we realized that the unique feature of quantum superposition states could be used to create quantum OAM states.

By simultaneously coupling the single photons emitted by the QDs to the clock-wise and anti-clockwise whisper gallery modes that associated to the micro-ring resonators. We’ve successfully achieved the first quantum states of twisted single-photons from chip-scale devices which is more scalable and compact than previous work. Different from the classic OAM beam, the unique feature of quantum interference of single-photon with themselves allows the quantitative identifications of the topological charges of the quantum OAM states from the far-field patterns of the radiation, without introducing another reference beam for interference experiments widely used in the identification of classic OAM light. Our results may contribute to the developments of high-dimensional quantum information processing with pure OAM states as an additional degree of freedom. 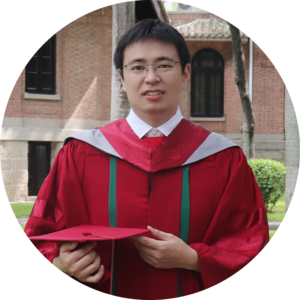