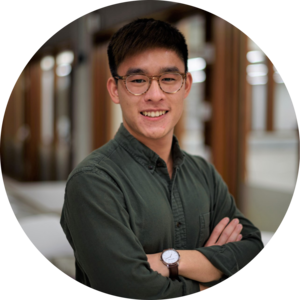 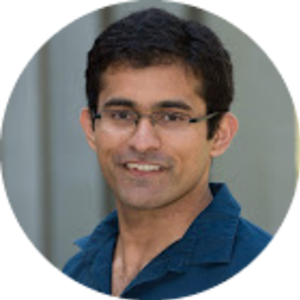 Wearable technologies are now ubiquitous across society, with popular products including the Apple Watch and Fitbit. Meanwhile, academic labs are driving an emerging wave of ultra-thin, skin-like electronics with broad applications in personalized medicine. Unfortunately, while new ultra-thin sensors and devices continue to gain momentum, accompanying power sources seem to lag behind. Reports on wearable electronics often rely on bulky lithium and alkaline batteries that reduce the hallmark appeal of their streamlined functional components, and come with additional concerns regarding toxicity and short shelf-life. This realization motivated the current work, which overcomes these issues through a lightweight, biocompatible battery concept that utilizes the wearer’s sweat as an activation cue.

With the group’s history of working on microfluidic sweat sensors, we saw the user’s sweat as an ideal alternative electrolyte. After several rounds of testing various materials and design configurations, we arrived at an Mg anode, Ag/AgCl cathode, and cellulose separator vertically stacked within a soft microfluidic housing (Fig. 1). In practice, the cell is constantly in an open circuit mode when not in use. However, when the wearer begins to sweat, the extended separator wicks perspiration into the chamber and activates the cell. Not only does the system use all biocompatible materials, but its dry nature also excludes weight from electrolyte and removes issues of self-discharge for easy transportation and long shelf-life.

Integrating the battery into a multimodal sensor platform was a major challenge in this 3-year long project. The envisioned system comprised 1) a skin-interfaced epifluidic patch that contained colorimetric sensors for chemical sweat analysis and an ECG-based heart rate sensor and 2) a specially designed detachable electronic module for power management, data capture, and wireless transmission (Fig. 2). Separately, both components appeared to work seamlessly during benchtop tests. However, when implemented together in human trials, the heart rate sensor spat out gibberish. Several rounds of additional benchtop characterization left us puzzled as ever. The paper’s first author, Dr. Amay Bandodkar, began to draw a connection to an issue he faced while working on wearable biofuel cells during his graduate studies. He suspected that the thin layer of sweat sandwiched between the wearable patch and the surface of the skin may be creating unanticipated electrical pathways between the battery and the heart rate sensor. Alterations made by our lead electrical engineer, Stephen Lee (a.k.a. Stever), including an RC circuit to reject DC stray voltage generated by these pathways, were key in producing the high-quality on-body data found in the paper.

Fig. 2: (a) Images of the two device components. (b) Combined sweat-powered sensor worn on center of chest. (c) On-body heart rate data taken simultaneously by our sensor (black) and a Polar H7 commercial sensor (red) before, during, and after cycling.

Despite several frustrating experiments, we were fortunate to capture a rare moment of excitement in the lab on video. The recording shows our pleasant surprise to the electronic module properly functioning during an early benchtop test. Beyond the technical hurdles, obtaining the on-body data was an ordeal of a different nature. Several of the human trials involving cycling were performed at the university’s gym, and we certainly got more than a few odd looks in the locker room when we began attaching devices to the bare chests of participants, and prodding them with multimeters to check that the circuits were in intact.

The materials and device designs reported in the paper may provide a platform for a new class of environmentally triggered, biocompatible batteries, with particular applications in wearable sensors. However, we hope that the stories shared in this blogpost will serve as a reminder to our fellow researchers of the unexpected challenges faced and overcome by collaborative work, and of the excitement of those small success that we strive for.