Recently we have introduced a new approach for nanomanipulation referred to as opto-thermo-electrohydrodynamic tweezers (OTET). The primary motivation for this work lies in the fact that there is a significant need to develop novel nanotweezers that are capable of stably trapping and manipulating nanoscale biological specimens such as virions, exosomes, and proteins without damaging them.

In 2018, the Nobel Prize in Physics was awarded to Arthur Ashkin for the development of optical tweezers-a light-based tool that employs a tightly focused laser beam to trap and move microscopic objects such as biological cells. The initial experiment by Ashkin on single-beam optical tweezers was published in 1986. Over the years, optical tweezers have proven to be an indispensable tool in biophysics studies providing the means to perform high-resolution force measurements and in understanding the properties of biological cells.

However, optical tweezers possess an important limitation that is due to the diffraction limit. The diffraction limit prevents the focusing of light to nanoscale volumes below one-half of the wavelength of light, thus limiting the achievable trapping potential that can be established around target objects. As a result, optical trapping at low power has been limited to microscopic objects. Attempts to significantly increase the laser power to provide sufficient trapping potential results in photo-induced damage to the specimens.

To bring optical tweezing to the domain of nanoscale biological molecules such as proteins, DNA, and nanoscale extracellular vesicles, several earlier research works have explored the field of nanophotonics to develop optically resonant structures that can confine light to nanoscale volume well below the diffraction limit to generate tight trapping potential wells. Among the most studied approaches are plasmonic nanoantennas typically made of gold, wherein light is coupled to the electrons in the metallic gold nanostructures to create a new wave called the localized surface plasmons, which is tightly confined. This has resulted in highly enhanced and confined fields well below the diffraction limit and the establishment of tight trapping potential wells for trapping nanoscale objects. However, the key limiting challenge with plasmonic nanoantennas for trapping of biological specimens has to do with the intrinsic heating effect associated with the plasmonic materials. The excessive heating at the high light intensity laser focus poses serious damage to the biological specimens.

In OTET, we harness plasmonic heating to advantage but in a manner that the plasmonic heating doesn’t pose damage to the biological specimens. This is because OTET can exert a force from a distance and enable the trapping of biological specimens several microns away from the high light intently laser focus. To enable OTET, we poked tiny holes on a gold film, illuminate with light and apply an alternating current electric field. This action results in the generation of two opposing microfluidic flows. At a certain location far away from the laser focus, the interaction of the flows results in a stagnation zone where the fluid velocity goes to zero that defines the location where the objects are trapped. At the trapping positions, the objects experience negligible photo-induced heating and light intensity. 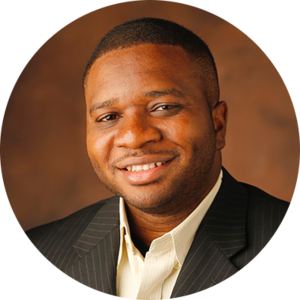