Pushed by research groups and startups around the world, quantum inertial sensors are brought to the field but the struggle with seismic noise goes on.

In quantum inertial sensing, seismic noise currently limits the short-term stability of all state-of-the-art matter-wave sensors. Owing to the Einstein Equivalence Principle, inertial noise coupling to the reference mirror of an atom interferometer causes phase contributions ambiguous to those caused by accelerations acting on the atomic matter wave. Due to an omnipresent seismic background, be it from anthropogenic or natural origin, this issue currently limits the short-term stability of all state-of-the-art matter wave gravimeters.
Better seismic isolation through utilization of passive or active mechanical spring systems is a complex task pursued by many groups and companies, and, on the scientific side, first and foremost driven by the requirements of gravitational wave detectors. Especially transportable devices such as atom gravimeters for applications in geodesy, however, are strongly challenged by the complex procedures when setting up and tuning seismic isolators; an almost impossible undertaking in every day operation in field.

Since about a decade, atom interferometry groups around the world have pioneered methods in which auxiliary broadband motion sensors such as seismometers or accelerometers are combined by sensor fusion protocols with the atom interferometer to benefit from each subsystem’s individual strengths. By making use of the sensitivity formalism, the tracked motion of the inertial reference mirror induced by spurious vibrations can be translated into a phase correction applicable to each atom interferometer shot. This increases its operating regime beyond the linear range, can help to avoid dead time, and improves a system’s overall dynamic range. Similarly, these protocols have also been implemented in a real-time feed forward fashion. Typically, the employed auxiliary motion sensors are commercial products and do not unconditionally meet the requirements for post-correction of atom interferometers: while cheap and compact MEMS sensors currently have too high self-noise or too limited bandwidth to significantly improve on the hybrid sensor’s noise floor, high-end sensors from seismology are expensive and subject to rather bulky form factors, which also limit the ability to establish ideal mechanical transfer functions to the inertial reference mirror.

In our work we exploit the strengths of optomechanical resonators. In collaboration with the team of Felipe Guzmán Cervantes, formerly at the DLR institute for space flight systems in Bremen, Germany, now based at Texas A&M, we rely on well-controlled and finely tunable production methods of optomechanical devices. Indeed, they appear to be a perfect fit for the present gap between requirements on and demands for auxiliary motion sensors. Here, the test mass motion is read out by means of optical interferometry and can be translated into acceleration through a well-known mechanical transfer function. The developed approach does not only allow one to achieve better sensitivities to displacement, and hence to acceleration, in the future compared to commercial sensors, an achievement important for next generation high-performance gravity measurements such as they are envisaged in the Very Long Baseline Atom Interferometry (VLBAI) test stand in Hannover; it also supports initiatives to strongly miniaturize atom interferometers towards “gravity in hand” form factors. The inherent vacuum compatibility and the monolithic design also make it straightforward to implement such a sensor by machining it directly into the inertial reference mirror or an atom chip, thus alleviating any challenges linked to mechanical transfer functions.

We are able to operate an atom gravimeter under strong seismic noise, normally prohibiting operation. In light of the rapid progress in the field of quantum optics, we anticipate large potential for improvements compared to current other solutions. Finally, by addressing a key area of interest in this important column of quantum technologies we envisage a future, in which our method will be exploited in a large variety of quantum sensing applications ranging from inertial sensors to, possibly, optical frequency standards.

Latest news from the group can be found in our Twitter! 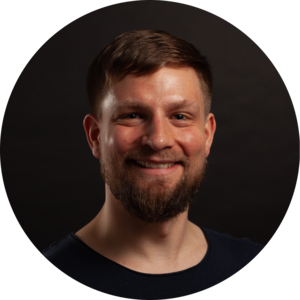