The passivation molecules phenylalkylammonium iodides (PAAIs) chain length impacts the operational stability of perovskite LEDs. Among the four PAAI molecules with carbon chain lengths from one to four, three is the magic number, making the most stable devices.

Metal halide perovskites (MHPs) compose a very promising class of materials that can potentially replace the traditional semiconductors in light emitting diodes (LEDs). MHPs possess unique optoelectronic properties, which initially inspired their application in solar cells and a couple of years later followed the development of PeLEDs. By taking advantage of the MHPs’ high luminescence and radiance, their excellent color tunability and purity and the experience acquired from the perovskite solar cell research, the advancement of PeLEDs was rapid. However, a major issue, very familiar to those working with MHPs, remains unresolved and that is their instability.

Tackling the instability issue without compromising the device efficiency is not an easy task. However, we managed to achieve record operational lifetime PeLEDS, by treating the perovskite surface with phenylalkylammonium iodides (PAAIs), molecules consisting of a benzene ring, an alkyl chain and an amine tail. This is not the first time this family of molecules, is being employed for the purpose of stabilizing perovskites. What makes all the difference here is the utilization of molecules with longer chains than usual, which proved to improve the stability dramatically.

The most commonly used PAAI in perovskite applications comprises a two-carbon alkyl chain, which has exhibited some positive effects on the perovskite stability. However, slightly different molecules can have wildly different results on the treated surface, so we wanted to examine how varying the alkyl chain length could affect our perovskite. For that, we used PAAIs with alkyl chains containing from n = 1 up to n = 4 carbon atoms to treat the surface of our perovskite and we observed that varying chain lengths lead indeed to different results.

The most striking consequence of the surface treatment was the drastic improvement of the PeLEDs operational stability, which increased with increasing chain length. Our champion device, with n = 3 PAAI treatment, exhibited a remarkable T50 lifetime of 130 hours under constant current density of 100 mA cm-2, the most stable high-radiance PeLED reported to date and the highest external quantum efficiency (EQE) could reach 17.5%. Besides, with the passivation method, the roll-off of the EQE was much less severe in the passivated, compared to the untreated devices.

Seeing such impressive stability improvement, we wanted to understand the mechanism behind it. Ion migration is a major cause of degradation in PeLEDs, so we performed time-of-flight secondary ion mass spectroscopy (ToF-SIMS) to examine the ion distribution in the devices before and after bias stressing. While severe iodide ion migration was observed during operation in the untreated device, the PAAI appeared to suppress this migration. In addition, we conducted density functional theory (DFT) calculations, which proved that molecules with larger chains form stronger bonds with the perovskite surface, meaning increased stability. Both ToF-SIMS and DFT also showed that the suppression of migration is more pronounced for the PAAIs with longer chain lengths.

We like to consider this work as a step towards better PeLEDs, but the findings can be applied in plenty of areas, other devices, such as solar cells, and different perovskite compositions. The combination of experimental with theoretical studies was pivotal to the success of this work.  Finally, it is important to highlight that understanding the physicochemical processes behind the function of the materials, is crucial to material design. 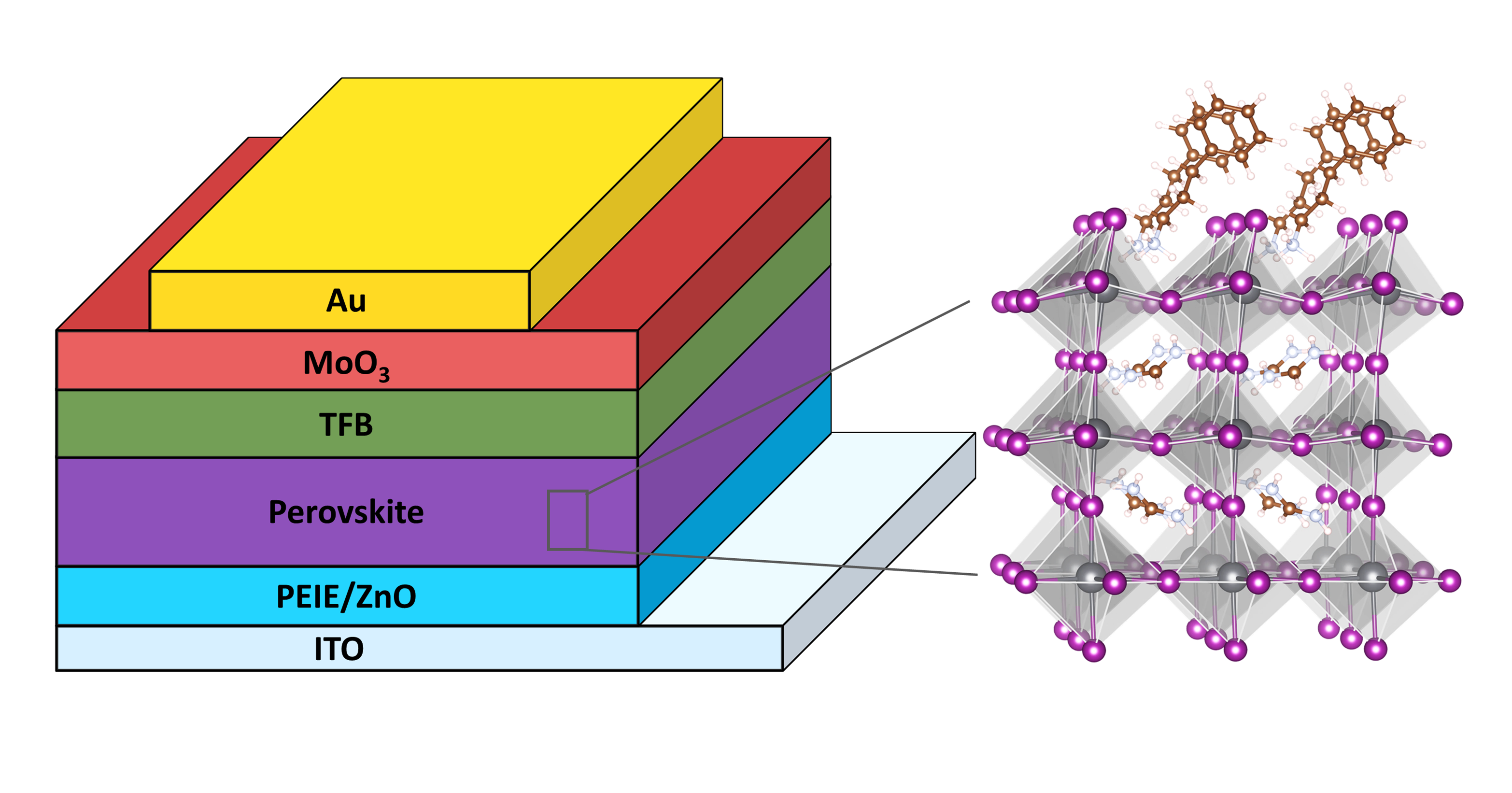 An illustration of PeLED device and the perovskite emitter modified with a long-chain passivation molecule (n=3).

The full article can now be found in Nature Communications: 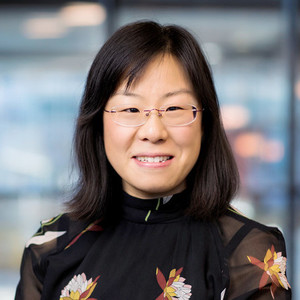