Quantifying small and rapidly evolving forces produced by cells is key towards understanding the role of mechanobiology in cellular function. By monitoring the displacements that cells induce within elastic materials Traction Force Microscopy (TFM) represents a robust and quantitative method of assessing cell generated mechanical forces. The methodology has been widely used across varied biological systems and has contributed to our understanding of cell migration, adhesion, cell division, and immune cell activation1,2. Because TFM relies on fluorescence microscopy to monitor the displacement of the elastic substrate, it inherits the limitations associated with this technique. However, over the last 10 years, fluorescence microscopy has benefited from a wealth of novel methods that have strived to overcome these limitations, advancing both the spatio-temporal resolution as well as the introduction of rapid 3D imaging. Consequently, via its combination with these novel methods, TFM has also benefited from gains in spatio-temporal resolution3–5.

While 2D TIRF-SIM-TFM provides high spatio-temporal resolution force quantification, it is restricted to quantifying shear forces generated by the cell. To access forces acting out-of-plane a technique is required that allows the 3D localisation of bead positions over time. This has conventionally been achieved via axial scanning, using both confocal optical sectioning and 3D-SIM4. Despite the simplicity of this approach, it limits temporal resolution due to the need to axially scan the sample to produce 3D volumetric localisations. In addition to limiting temporal resolution, axial scanning also increases the fluorescent light entering the biological sample, restricting total acquisition times and biocompatibility. To circumvent these limitations, Li et al. employ a point spread function (PSF) engineering approach to encode 3D information within a single wide-field fluorescence image using a method known as astigmatic-TFM (aTFM)7. Building upon the TIRF-SIM optical platform, inserting a cylindrical lens in front of the camera introduces an astigmatism, leading to a change in the PSF shape based on the fluorescent beads axial position relative to the focal plane. This allowed both the lateral and axial positions of the fluorescent beads to be monitored using a single image, leading to sub-second estimation of both shear and normal cellular stresses. Using aTFM, the complex force dynamics present during cell adhesion and immune cell activation were monitored, revealing previously underappreciated out-of-plane forces on the nanoscale that correlated with dynamics of the actin cytoskeleton.

Together, 2D TIRF-SIM-TFM and aTFM provide researchers with the ability to quantify nano-scale and sub-second 2D, as well as sub-second 2.5D, force generation using the same optical platform, with only minor modifications. These technologies therefore represent an important step towards cellular force probing at the spatio-temporal resolutions at which biological systems demand. Together with other exciting developments in single molecule force methods8, these technologies add to the growing quantitative toolset available within the field of mechanobiology. 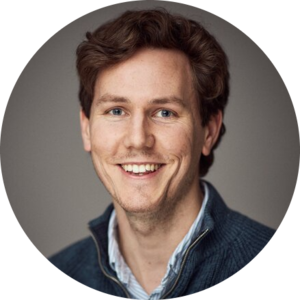