Twistronics in two dimensional layered materials has emerged as one of the most interesting and intriguing research area of contemporary condensed matter physics. It has provided an extra knob to tune the material’s properties. Observation of several exotic phenomena in twisted junctions has attracted more focus to twistronics based research these days. For instance, intralayer transport has been found to exhibit characteristics of a Mott insulator at half-filling, superconductivity, ferromagnetism etc. in graphene bilayers at smaller twist angles  [1-3]. Another intriguing research topic in twistronics could be the investigation on interlayer current-transport. Since, various new factors such as interlayer momentum mismatch created through rotated Fermi surfaces, any possible effects on interlayer coupling etc., could have a significant impact on the interlayer current-transport. As a consequence, new phenomena could emerge especially in anisotropic van der Waals homojunctions when relative twist angle between stacked layers is varied from small to large values.

Interestingly, resonant tunnel diodes based on twisted anisotropic black phosphorus homojunctions exhibit higher tunneling conductance (~1000 A/cm2) as compared to other resonant tunnel diodes based on vdW heterojunctions with physical barriers [8-9]. Moreover, twist controlled tunnel devices with high current density could further be employed to realize high speed electronic devices such as THz oscillators and ultrafast switches etc. Parasitic capacitance at higher frequencies (one of the limitations to achieve desired THz regime) will be greatly reduced due to absence of resistive physical barriers. Hence, such homojunctions could offer great potential to attain much-needed THz operation which is quite useful due to their superior resolution when compared to other safe wavelengths. 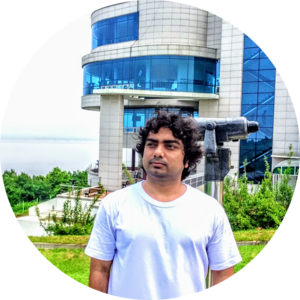