A new type of energy harvesting device based on the nonlinear Hall effect - a quantum property of the Weyl materials.

Energy – one of the major crises humanity is facing in today’s modern life. Due to the explosive growth of low-power portable wireless technologies, there is a great interest in developing micro-scaled devices that can generate electricity using ambient radiofrequency (RF) energy. The ability to harvest this energy will enable continuous charging of fast-developing low-power devices and could eliminate the need for a battery. Existing energy harvesters are mainly based on semiconductor diodes, which require a threshold input voltage.

Our group has been working on quantum technologies – so we asked ourselves that what is the intrinsic quantum property of the material, which can force its electrons to flow in one direction by sheer exposure of electromagnetic waves to generate electricity? We found that the nonlinear electrical response is such an intrinsic property of noncentrosymmetric materials, which can be used for this purpose. In particular, the second-order nonlinearity, which exhibits two components; one is the voltage oscillating at twice the frequency 2ω of the driving alternating current and the other is a d.c. component that is generated due to the rectification effect, can be utilized in applications requiring frequency doubling or rectification such as energy harvesting, wireless communications, and IR detectors. In this direction, the second-order nonlinear Hall effect (NLHE), the phenomenon in which a transverse voltage can be produced without a magnetic field, provides a potential alternative for rectification or frequency doubling. However, it requires that the NLHE be detected at room temperature. Despite of several studies of NLHE in topological materials and 2D materials, the room-temperature NLHE has not yet been achieved.

During our research on the different types of Weyl materials, we observed that a type-II Weyl semimetal TaIrTe4, also known as a “hydrogen atom” example of Weyl materials, hosts a robust NLHE at room temperature. We interpret this robustness due to broken inversion symmetry and large band overlapping at the Fermi level. We also observed a temperature-induced sign inversion of NLHE at ~175 K. Our theoretical calculations suggest that the observed sign inversion is a result of the temperature-induced shift in the chemical potential indicating a direct correlation of NLHE with the electronic structure at the Fermi surface. Finally, based on the observed room-temperature NLHE in TaIrTe4, we demonstrate the wireless RF rectification with zero external bias and magnetic field. As shown in Fig. 1, an incident oscillating electric field along a-axis (Ea) generates a rectified voltage along b-axis (Vb). We hope this work opens a door to realizing room temperature applications based on the NLHE in Weyl semimetals.

We were very fortunate to collaborate with great researchers, Chuang-Han Hsu, Raghav Sharma, Tay-Rong Chang, Peng Yu, Junyong Wang, Goki Eda, and Gengchiau Liang, who have contributed to this work.

To learn more about our work, check out our paper “Room-temperature nonlinear Hall effect and wireless radiofrequency rectification in Weyl semimetal TaIrTe4” on Nature Nanotechnology, Jan 2021. 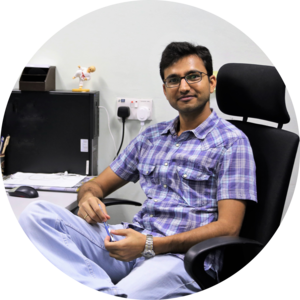