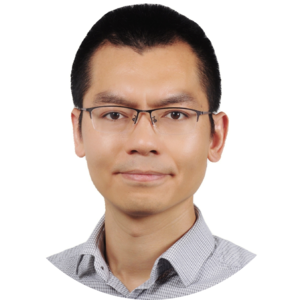 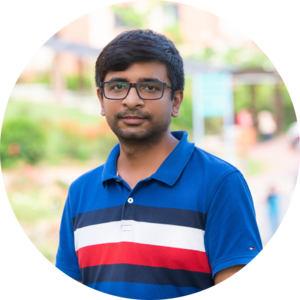 With the speedy outspread of the digital world, ICT is predicted to exploit ~20% of the world’s total electricity by 2030. Data centres around the world are expected to eat one third of its portion which is generally more than the national energy consumption of many countries. Likewise, ICT’s carbon footprint will mushroom to 10 times by 2030. Hence, with the spectre of an energy-hungry data-driven looming, new ultra-low power computer memory technology is deemed to be essential to both minimise environmental impact while fulfilling consumer demand. Thus, researchers are working hard to discover new energy-efficient electronic devices.

Magnetoelectrics offer a solution for both new memory devices as well as new forms of brain-like computing. Magnetoelectric (ME) coupling allows magnetism to be controlled by an electric field and vice versa. Since no current is passed during the device operation, resistive losses are minimised. Energy savings up to 2 orders of magnitude are possible  compared to conventional current-driven spintronic memory devices. On top of that, brain-like neuromorphic computing can significantly reduce the power consumption by minimizing the physical separation between the central data processing unit and the data storage unit in computers known as the memory wall (present in Von Neumann-architecture).

After around two decades of intense research, it has not been possible to create a sizeable converse magnetoelectric effect at room temperature without any magnetic field bias in a practical system.  We have achieved this milestone in our work. We undertook a one-shot growth process of a compositionally-tolerant (no need to precisely control the film composition as is normally the case for complex electronic materials) film system in the form of a self-assembled vertically aligned triple composite (Figure 1). There are no expensive or poisoning elements in the film.  The self-assembled well separated columns in the film matrix are very convenient for memory circuit fabrication, with the vertical structure precluding the need for several conventional costly lithography processes, i.e. the material itself is the device.

We exploited three important synergistic effects (arising from the combination of antiferromagnetism (AFM), ferrimagnetism (FM) and ferroelectricity (FE)) to achieve the positive result.  The particular choice of the three materials is absolutely key to enable the materials to ‘grow together and work together’. Three important synergistic effects: low current leakage, exchange bias (EB) coupling and a large magnetoelastic effect are achieved to accomplish the final outcome of a high performance room temperature converse magnetoelectric (Figure 2).   The combination of the complexity of interconnected multifunctionalities and the simple concept of self-assembly resembles how nature works. Our study shows that both materials’ selection and engineering are absolutely crucial for achieving high performance memory systems. It also shows the possibility and means towards a 3D biomimetic approach as the future direction for achieving low-power brain-like ICT.

Dr. Rui Wu got his PhD degree in condensed matter physics at Peking University in 2015. He did training as a postdoctoral researcher from 2015 to 2020 at University of Cambridge and Norwegian University of Science and Technology (NTNU). Now he is an associate researcher at Beijing Academy of Quantum Information Sciences (BAQIS). His research interests focus on the magnetoelectric materials and devices, spintronics, and 2D magnetic materials and physics.