Prof. Andrey Rogach of City University of Hong Kong and Prof. Xuyong Yang of Shanghai University, along with collaborators from several research groups at Jilin University, Nankai University, Wuhan University, Chinese Academy of Sciences and University of Science and Technology of China have published an article in Nature Communications *https://doi.org/10.1038/s41467-021-21522-8* describing outstanding results in their development of perovskite materials for light-emitting devices (LEDs) and electrically driven, high brightness displays.

Perovskite light-emitting materials have become a very hot topic in research in recent years, and there are now many different classes of perovskites each with their own structural features. The attractive features of one of these materials, the quasi-two-dimensional (quasi-2D) perovskites (also known as Ruddlesden Popper perovskites) that these research groups have focussed on is that:

By taking advantage of the quasi-2D perovskites’ high luminescence, high color purity and rich experience from the related perovskite solar cell research, the advancement of quasi-2D perovskite LEDs was rapid. However, the inefficient energy transfer between adjacent sheets with different thicknesses limited the LED performance. The research team has found that by modifying the hybrid organic/inorganic perovskite crystals with only around 10% of a small additional organic molecule called methanesulfonate (MeS), they can tailor the distributions of the thicknesses of the quasi-2D sheets, and enhance energy transfer between sheets of different thicknesses with both effects strongly enhancing the electroluminescence of the thicker, green-emitting sheets. Figure 1a provides a comparison of energy transfer pathways before and after employing MeS into perovskite precursor solution, with a favourable energy transfer occurring in the MeS-treated film, where number of thicker green-emitting sheets has increased. Density functional theory calculations reveal that the perovskite spacer butylammonium (BA) cation prefers to bind to MeS via three hydrogen bonds rather than to Br anion. The formation of hydrogen bonding incurs a charge redistribution of 0.84 e between BA and MeS (Figure 1b), which is larger than that (0.70 e) between BA and Br. Therefore, the strong affinity of the spacer BA cation to MeS fosters a higher probability for spacer-free nanosheet formation and their stacking growth.

Quasi-2D sheets are only a few crystal lattice planes in thickness, so this is a control at the nanometre level. At the same time, surface bond defects which can act as quenchers for perovskite luminescence become chemically passivated by the same additive MeS, which also greatly improves the fluorescence emission. All these improvements have been synergistically combined to in this material system to produce quasi-2D perovskite LEDs with extremely good performance – brightness of 13,400 candela/m2 at a low applied voltage of 5.5 V, and an external quantum efficiency of 20.5%, close to the maximum that can be achieved by any existing LED technology. This is also an impressive 2-fold improvement in terms of external quantum efficiency as compared to the already high value of 10.5% reported by principal investigators of this study Prof. Andrey Rogach (CityU) and Prof. Xuyoung Yang (Shanghai University) in their precious joint paper on perovskite LEDs published in Nature Communications in 2019 (https://www.nature.com/articles/s41467-019-08425-5).

Fundamental understanding generated in this study gained useful insights into interdependence of chemical structure and bonding with photophysical processes in quasi-2D perovskites, which has placed perovskite LEDs close on the heels of current commercial display technologies such as organic LEDs. 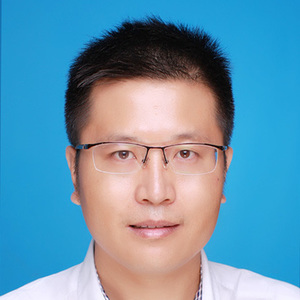