Illustrating a systematic approach for improving the efficiency of natural dye-based solar cells, the paper describes the strategy and mechanism of using the plasmonic effect of a bimodal distribution of silver nano-spheres to enhance light harvesting by the dyes betanin and lawsone in solar cells.

Over the past decade, there has been an explosion of interest in the search for alternative clean and green energy sources, of which one of the most promising renewable energy solutions is solar photovoltaics. Owing to their inexpensive and facile processing requirement, Dye-Sensitized Solar Cells (DSSCs) are becoming increasingly popular as an emerging photovoltaic technology aiming to replace conventional solar cells. State-of-the-art DSSCs, widely use metal-based dyes as the primary light-absorbing material (called the photosensitizer) to harness the incident solar energy. Although these dyes are highly efficient in capturing the entire visible solar spectrum, they employ rare metals such as ruthenium or osmium which require elaborate synthetic procedures1. Moreover, they are expensive and toxic to the environment, making their disposal a problem.  Therefore, natural pigments derived from plant sources that are environment-friendly and inexpensive have come to the forefront as alternative photosensitizers for DSSCs. However, despite their several advantages, natural dye-sensitized solar cells (NDSSCs) exhibit low efficiencies and stabilities2. This challenge is addressed in our paper by a two-pronged approach: (i) by using a combination of pigments absorbing in complementary portions of the light spectrum incident upon the solar cell and (ii) by the addition of plasmonic nanoparticles for enhancement of light-harvesting by the chosen pigments.

The making of the bimodal plasmonic betanin-lawsone solar cell. [Image source: pictures of beetroot and henna leaves are from the public domain (Wikimedia Commons), all other photographs and images were captured during the experiments].

My tryst with DSSCs began in 2012, inspired by Prof. Michael Grätzel, the inventor of DSSCs who happened to be delivering a seminar at the 1st TAP-SUN Conference at CSIR-National Physical Laboratory (NPL), New Delhi, India. Fascinated as I was with the entire concept, what especially intrigued me was the fact that these devices could also generate electricity using natural dye molecules. I desperately wanted to create one of those and watch them do their magic and thus began my Ph.D. journey at CSIR-Central Electronics Engineering Research Institute (CEERI), Chennai, India, with the dream of developing the best performing natural dye-sensitized solar cells.

We started by testing a combination of pigments extracted from beetroot and spinach – chosen due to their complementary absorption spectrum. My excitement of making a solar cell for the first time that “worked”, waned when I realized that its efficiency of ~0.1% was quite low. At this stage, we realized that a major experimental challenge we were facing was the variability of the different devices fabricated from the same materials and the measurement errors caused while characterizing the NDSSCs3. It took a couple of years, several lows, some highs, and a teaspoon of serendipity to establish a robust fabrication and characterization procedure and for the same solar cell to consistently demonstrate a conversion efficiency of ~0.6%4. From then on, our efforts were focused on testing various combinations of natural dyes to determine the best configuration. During the last five years, we have successfully demonstrated various solar cell configurations using natural dyes.

An offset of the first study was an approach to enhance the light absorption of betanin aided by the electron oscillations of silver nanoparticles at a characteristic resonant wavelength of incident light (a phenomenon known as Localized Surface Plasmon Resonance (LSPR)). This enabled a further enhancement in the power conversion efficiency by ~20%5–7. Simultaneously, natural pigments that absorb light in regions complementary to betanin were also explored for co-sensitization aided efficiency enhancements. The natural pigments, indigo derived from the indigo plant (absorbing in the red region) and lawsone derived from and henna leaves (absorbing in the blue region) were tested and it was found that the betanin-lawsone combination performed best8, showing great potential for further enhancement by the addition of metal nanoparticles.

In our most recent work reported here, we use a carefully tailored distribution of silver nanoparticles with dimensions optimized for the enhancement of light absorption by the pigments, betanin and lawsone, at their resonant wavelengths9. Through co-sensitization of multiple dyes, plasmonic enhancement, and rigorous optimization, a maximum average efficiency of ~1.02% was demonstrated by the bimodal plasmonic betanin-lawsone co-sensitized solar cell configuration. This paper describes detailed optimization and characterization methods followed for the preparation of the bimodal plasmonic betanin-lawsone co-sensitized solar cell demonstrating a significant improvement in current density by ~20.1%, a slight increase in voltage by ~5.6%, and an enhancement in photoelectric conversion efficiency by ~29% compared to an identical non-plasmonic solar cell. The performance enhancement in the plasmonic solar cells is attributed to the plasmonic effect of the silver nanoparticles enabling enhanced absorption by the pigments, resulting in an improved current generation. The mechanism behind the plasmonic enhancement in the NDSSC has also been illustrated in detail through Finite Difference Time Domain (FDTD) simulations.

The full paper detailing the systematic approach implemented for improving the efficiency of NDSSCs can be found here: “Plasmonic enhancement of betanin-lawsone co-sensitized solar cells via tailored bimodal size distribution of silver nanoparticles”.

The plasmonic enhancement methodology presented here can be applied to further improve the efficiency of other natural dye-sensitized solar cells. The results from the various studies are encouraging enough to continue exploring avenues of increasing the efficiency and lifetime of NDSSCs to better harness their potential for practical applications in the future. This type of non-toxic, green solar cells can be envisioned for use in niche applications such as electronic skins and other portable disposable solar-powered electronics.

In the background of the authors’ scientific contribution, we acknowledge the strong administrative and financial support from the Council of Scientific and Industrial Research (CSIR), Govt. of India. 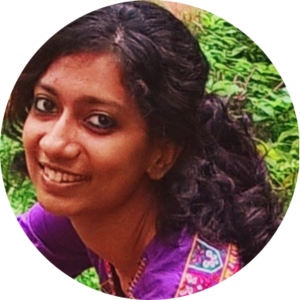