The current temperature operating range and energy density provided by commercial lithium-ion batteries is insufficient for supporting advanced electronic devices in extreme environments, such as the arctic, deep sea, and outer space. Furthermore, state-of-the art cells have been historically limited in low-temperature charging capability, where cells must be heated during the charge process, necessitating additional warming equipment which further reduces the energy density and efficiency of these devices. To address the concerns regarding energy density, lithium metal batteries have attracted growing interest as a next-generation battery technology, however their operation and limitations at ultra-low temperature have just begun to be understood.

Kinetic limitations in batteries are broadly thought of as attributed to impedance associated with bulk transport through the electrolyte, ion migration through the solid-electrolyte interphase (SEI), and charge-transfer. While at room temperature these factors have all been seen to play a role, it has been previously observed that the charge-transfer impedance is the overwhelming contributor for low-temperature performance fade (Journal of Power Sources, 2003, 115, 137–140.). While charge-transfer is a relatively complicated physical process, at low-temperatures this process has been hypothesized to be dominated by desolvation, a process in which the lithium ion sheds its coordinating solvent in the electrolyte at the electrode (ACS Appl. Mater. Interfaces, 2017, 9, 42761–42768.). Despite this, design strategies to reduce the desolvation penalty are in their early stages, which severely limits the advancement of low-temperature battery electrolytes.

Our team at UCSD hypothesized that the structure of the Li+ ion in the electrolyte plays a defining role in the desolvation kinetics, and set out to demonstrate this in order to pave the way for the development of lithium metal batteries that can be both charged and discharged at extremely low temperatures. In doing so we identified and demonstrated a system in which the low-temperature interphasial kinetics are vastly improved due to an alteration of the Li+ solvation environment featuring weak Li+/solvent interactions. These improved kinetics resulted in a transformative effect on the low temperature Li metal plating efficiency as compared to a typical control electrolyte, despite a reduction in bulk transport and a comparable SEI composition.

The investigation and development of these systems were fueled by an effective collaboration between the experimental groups of Professors Ping Liu and Zheng Chen, and the theory expertise of Professor Tod Pascal. By pairing a Li metal anode and a sulfur composite cathode, we demonstrated sustained battery charge/discharge cycling down to -60 oC and still maintained 76% of the room temperature capacity. The produced results indicate that effective strategies for improving the interphasial kinetics in batteries exist, and require an effective integration of both computational theory and experimental study in order to probe system properties that are not readily apparent. We hope that the results presented in our work (https://www.nature.com/articles/s41560-021-00783-z) will prompt a deeper examination of electrolyte properties, and lead the field to a more robust view of charge transfer in Lithium batteries under various operating conditions. 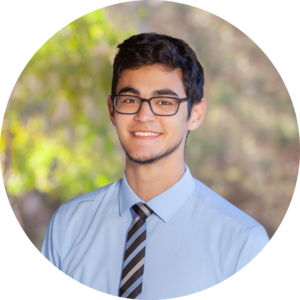