Two years after our publication, topological chiral crystals continue to be of widespread interest. We have delved more deeply into the physics of higher-fold topology. Also, our discovery has generated a branching effect, wherein we have made impactful contributions in neighboring fields.

The connection between the symmetries of a crystal and its inherent electronic topology are unexpectedly deep. As first described in our theoretical works, spearheaded by my colleague Guoqing Chang, Unconventional Chiral Fermions and Large Topological Fermi Arcs in RhSi and Topological quantum properties of chiral crystals, a crystal will display exotic electronic topology if it is structurally chiral. This means in certain crystals with a structure that lacks specific symmetries, topological phenomena such as protected surface states and quantized response should be ubiquitous. Our experimental paper, Topological chiral crystals with helicoid-arc quantum states published in Nature, provided the first observation of this connection. A well written description of that paper and some of the work that went into it was written by my colleague Ilya Belopolski in Nature’s Device & Materials Engineering Community “Behind The Paper” series: Topological chiral crystals.

When I joined Professor M. Zahid Hasan’s research group at Princeton, experiments on chiral crystals were already well underway. I found that I could quickly get involved by proposing a new strategy for preparing the sample surface or ARPES measurements, which at the time was a major obstacle to the project. My proposal was ultimately successful and played an important role in our Nature publication. As is often the case, our work propelled new ideas and our research on chiral crystals continued, presenting a natural opportunity for me to take the lead on my own project. Measuring a new sample (this time a substitutional alloy), I observed a novel form of topological Fermi arc surface states. This motivated us to develop a new theoretical framework for understanding topological boundary modes in chiral crystals. Ultimately, we realized that our observations amounted to the discovery of “higher-fold topology,” a new quantum phase of matter (A Fermi Arc Quantum Ladder). Our Nature paper also motivated me to explore the relationship between topology and chiral crystals' optical response properties. To that end, we have constructed a new laboratory at Princeton designed to probe a sample’s electrical response to laser light irradiation. A theoretical prediction is that if the laser is tuned to a certain wavelength range, then the photocurrent response may be quantized! If this proves to be true, topological chiral crystals could turn out to be a fascinating platform for many device applications, in analogy to quantized transverse conductance in the quantum Hall effect.

Beyond the myriad of interesting scientific opportunities that directly followed our paper, we used the skills we developed to make several achievements in neighboring fields of study. For example, using a similar methodology we were able to bring together the field of magnetism and topological semimetals in our 2019 publication in Science, Discovery of topological Weyl fermion lines and drumhead surface states in a room temperature magnet. This work used photoemission spectroscopy to exploit the bulk-boundary correspondence in the magnetic Heusler material Co2MnGa. In a similar way, we were able to integrate kagome lattice physics and topology in a 2020 publication in Nature, Quantum-limit Chern topological magnetism in TbMn6Sn6. Here we expanded the bulk-boundary methodology to tunneling microscopy to uncover a new phase of matter.

These scientific achievements have propelled the individual careers of those involved. Of the authors on the original Nature paper, the three co-first authors all were graduate students at Princeton. Since publication, two have moved on - Daniel S. Sanchez and Ilya Belopolski. Both are following their passions and working with world leaders in their respective fields. Daniel S. Sanchez has moved to the Center for Quantum Devices at the Niels Bohr Institute in Copenhagen and is actively working with Professor Charles Marcus to utilize two-dimensional materials to create novel topological superconducting devices. Ilya Belopolski, on the other hand, has taken a post-doc position at the RIKEN research institute in Japan under Professor Yoshinori Tokura. There he is working to actualize long sought-after topological transport responses in single crystals and thin films. As the youngest of the trio, I am completing my Ph.D. and continuing to investigate higher-fold topology and topological magnetism. Having co-authored many papers and built a new laboratory to further our studies, I am continuing to grow as a researcher.

So, what happens after publishing a Nature paper? Well in our case, we have been able to capitalize on our discoveries to spur further scientific work. We have published additional impactful papers and made contributions to adjacent fields of study. Such success has put us in the position to continue our scientific journeys with some of the world’s preeminent researchers.

I count myself lucky to have had the privilege to work alongside and learn from all the co-authors on our paper. I know that it has made me a better scientist, communicator, and colleague. 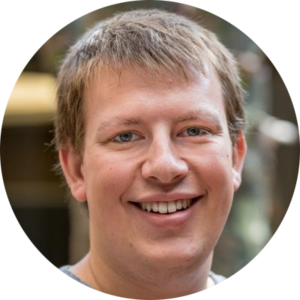 Towards a scanning probe microscope with multiple and different tips