In our recent paper, we reported a metal-free polymer-based battery that used redox-active polypeptides as active materials that degrade on command. Here, we tell the story behind the project- from first inspiration, to years of synthesis, and finally to a successful proof-of-concept device. 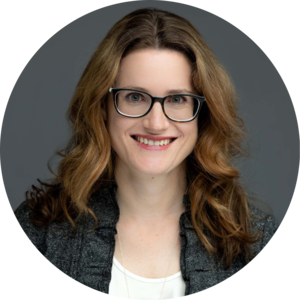 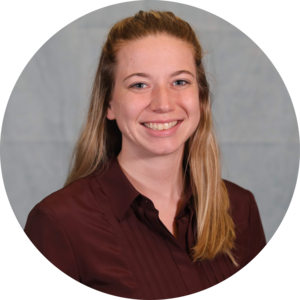 Lithium-ion (Li-ion) batteries have revolutionized many aspects of our everyday life since their commercialization in 1992. However, their rapid growth has raised concerns over their mineral sourcing for their manufacture, as well as their environmental impact. Current Li-ion battery design requires the use of cobalt – a toxic metal that has recently been linked to human rights abuses. Additionally, there exists high economical and energy costs associated with Li-ion battery recycling such that very few are recycled, which results in increasing demand for raw materials.

Since the 2000s, organic radical batteries (ORBs) have emerged as promising alternatives because the active material is a redox active polymer that has potentially increased environmental friendliness, independence from limited inorganic resources, and fast charging rates. After the visit of Professor Hiroyuki Nishide (Waseda University), a pioneer in the field of ORBs, to Texas A&M University for the 2015 Covestro distinguished lectureship, Professor Karen L. Wooley, an expert well-known for her research in bio-derived polymers, quickly realized that the key challenge, even with the beneficial aspects of organic polymer materials, was the design of functional polymers with an end-of-life consideration.

Although there have been reports exploring fully polymer-based batteries, few studies have investigated redox-active polymers with degradable backbones. Tan Nguyen, then a first-year graduate student in the Wooley group, proposed the use of degradable polymers to foster more environmentally-friendly ORBs. Also from these materials, he wanted to develop a systematic study to examine the effect of the polymer’s secondary structure on the electron transfer kinetics – a less-explored aspect in the field of ORBs.

To this end, the Wooley group introduced the concept of peptide-based, redox-active polymers with degradable backbones. The peptide backbones were utilized as active components having secondary structures that could control the presentation of the redox-active moieties, while also inheriting the innate degradability of the peptide linkages, in addition to offering opportunity to tune the structure-property-performance parameters. The amide bonds along the peptide backbone are stable during battery operation, but can be triggered to break down for recycling (Figure 1). The other advantage is that by using this protein-like architecture, the battery performance may be optimized by incorporating other conformations that are found in proteins in Nature that already transport electrons efficiently.

Over the next three years, several synthetic routes were attempted, but obstacles were often encountered (e.g., Texas humidity, monomer impurity, low conversion, and side reactions, to name a few), Figure 2. It was not until a few weeks shy of Tan’s talk at the Fall 2018 meeting of the American Chemical Society in Boston, MA that he finally discovered a working synthetic strategy. Specifically, two redox-active polypeptides were designed and synthesized with pendant viologen and 2,2,6,6-tetramethyl-4-piperidine-1-oxyl (TEMPO) groups as active materials for the battery anode and cathode, respectively. In fact, the viologen-containing polypeptide was developed from one of the failed synthetic routes for the TEMPO-containing polypeptide.

With the redox-active polypeptides now made, Professor Wooley and Tan wanted to investigate their electrochemistry. The opportunity presented itself when Tan met with Professor Jodie Lutkenhaus and her then first-year graduate student Alexandra Easley after the lecture given by the late Professor Susan Odom (University of Kentucky) during a visit to Texas A&M in July 2018.

The Lutkenhaus group began electrochemical characterization of the redox-active polypeptides with two basic questions: are the polymers redox-active, and do they decompose in the selected voltage window? Alexandra quickly found out that they were indeed redox-active and did not decompose during electrochemical operation. With that determined, next began the harder part: battery assembly. A major challenge faced with preparing a full battery cell is the loss of a well-behaved reference electrode (such as lithium metal), meaning that the voltage window and potentials could change if the testing conditions were altered. For battery testing, another obstacle was dissolution of the active materials. With regards to electrolyte solvents, the two polypeptides were complete opposites: one preferred more polar solvents while the other less polar ones. Propylene carbonate was eventually selected as a compromise between the two extremes because both polypeptides dissolved only partially. This undesired dissolution remains an important aspect to be addressed and improved upon for polypeptide batteries to exhibit better long-term performance. With the solvent and battery assembly established, and with input from the Nature manuscript review and revision process, it was realized that this battery could be metal-free by changing the salt utilized in the electrolyte. On-demand, acid-initiated degradation was confirmed and demonstrated, but we found that isolation and separation of the degradation products was challenging. This issue must be addressed to bring the battery full-cycle in terms of recycling or reconstruction.

Moving forward, our groups are considering several new paths that have been revealed by our journey. First, the high solubility of the polypeptides in organic solvents makes them ideal candidates for redox flow batteries, which were being studied in collaboration with Professor. Susan Odom prior to her untimely passing this past month. Professor Odom was a brilliant scientist, and we plan to dedicate this resulting manuscript in her honor. Second, the electron transfer kinetics in polypeptide thin films are being investigated using both computational and experimental methods in collaboration with Dr. Daniel Tabor (Texas A&M University). Lastly, we continue to consider routes to improve capacity, address solubility, and recyclability. These are just a few directions in which the project is headed, but there remains much work to be done for on-demand degradable redox-active polymers for applications in battery electrodes.

Fun fact: Weekly meetings were carried out over bubble tea—our favorite, fueling the open communication throughout the project. This collaboration has become a source of motivation for both Tan and Alexandra through the challenging years of their graduate studies and the pandemic.