Finding the thin balance between parameters to synthesize nanoparticles of a particular structure and morphology is a work of science, inspiration, (a lot of work), and art...

I met my postdoc supervisor, prof. Eduardo Triboni, out of luck while visiting my wife's new office after she got a tenure position at Lorena Engineering School (University of São Paulo/EEL), after meeting him I realize he is like a force that holds people together. He has an incredible ability to create research groups and parties! As a crystallographer myself, soon I was inside his laboratory and in charge of X-ray diffraction analysis and morphological characterization. I started working on several different semiconductors for photocatalysis applications and, the ZnO nanoparticles (NPs) were the first of his lab triumph. So everyone at Triboni's lab was invested into using the same methodology for obtaining other semiconductors nanosystems. One of his students was Juliana, she was in charge of the SnO NPs. Maybe prof. Triboni never told her how much work is involved in optimizing a nanoparticle synthesis method, but she didn't let go!

Two first strategies were applied as a reflux reaction and, also the same methodology for ZnO NPs (GU method, Brazuna et al., 2019), to no avail. The reflux reaction was longer than 24 hours and did not provide crystalline SnO NPs (Fig.1a) and, the GU method did not present the total formation of SnO phase (Fig.1b). So Juliana tried varying the usual hydrothermal methods (HT), first discovering that the Ar atmosphere control during synthesis was essential to the SnO, and not SnO2, formation, then adjusting the pH was another important factor. Next, she tested two thermal treatment methods (Fig.1c) for several different times. Juliana was lucky then, because the intermediate between the Sn precursor and final SnO tetragonal phase was also crystalline, the tin oxide hydroxide (Sn6O4(OH)4). So, looking at the diffractograms, we could "watch" the crystallization and formation of SnO during both processes, finding out the microwave (MW) thermal treatment converted Sn6O4(OH)4 to SnO under 1 hour, as the conventional oven (cHT) needed 4 hours to achieve the same results (Fig.1d).

What we could perceive in this study is the control of the crystal growth is the key to tailor the SnO final morphology. We suggest that the thermal treatment under microwaves suppressed the growth of the Sn6O4(OH)4 crystallite and the fast conversion to SnO happens as a dissolution-recrystallization step, to form uniform spherical SnO NPs.  While in the conventional oven, the tin oxide hydroxide crystallite keeps growing without restraint, which showed NPs of several different shapes (Fig.2).

That is why finding the balance of parameters to design nanoparticles of a particular structure and morphology to be a work of science, inspiration, art, and Juliana agrees that a lot of work also! 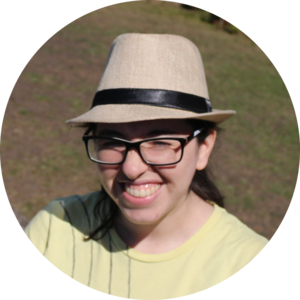