Amphiboles are amazing minerals existing in a wide range of temperature and pressure and accommodating a diversity of elements in their structure. These compounds can be potential functional materials because they exhibit strongly anisotropic properties stemming from their structural anisotropy.

The structure of amphibole (general formula AM(4)2[M(1)2M(2)2M(3)]T8O22W2) consists of quasi one-dimensional system of 6-membered rings of TO4 tetrahedra attached to MO6 octahedra (see the sketches of the structure in Figs. 1 and 2). They are classified as hydrous silicates because Si is the dominant element at the T site, while (OH)- groups commonly populate the anionic W site. The M(1), M(2), and M(3) octahedral sites may host the largest variety of cations, the most common being Mg and Fe; a less limited compositional variation is also related to the M(4) site. At elevated temperatures and in the presence of external O2, amphiboles can lose hydrogen without topological structural changes, if divalent iron exists in the structure, following the reaction: 2Fe2+ + 2W(OH)- + 0.5exO2  2Fe3+ + 2WO2- + exH2O. That is, the dehydrogenation of Fe-bearing amphiboles contributes to the water cycling in the interior of our planet.

Within the framework of a long-term project on the atomistic mechanism of reduction-oxidation (redox) processes in Fe-bearing rock-forming minerals such as amphiboles, we have applied in situ Raman spectroscopy at elevated temperatures to several amphiboles with various compositions. We have discovered a quite astonishing phenomenon: the existence of reversible dynamic oxidation, consisting of delocalization of electrons from the octahedrally coordinated iron cations and delocalization of H+ from the W-site (OH)-. The experimental evidence for this was the disappearance of the OH-stretching Raman peaks above a certain temperature along with a change the Raman scattering related to MO6 vibrations (see Fig. 1a), which were recovered after cooling down to room temperature. The Raman experiments were done in a parallel polarized scattering geometry (polarization of the laser Ei parallel to the polarization of the scatted light Es) and with the strips of linked TO4 rings and MO6 octahedra perpendicular to Ei (Fig. 1a), because usually the OH-stretching peaks are better resolved in this geometry. For grunerite (amphibole species with Fe2+ at the M(4) and octahedral sites, and vacant A site) we have decided to measure the spectra also when the TO4-MO6 strips were parallel to Ei, looking for a possible displacive phase transition that could be reflected by the chain mode near 70 cm-1, having much stronger Raman intensity in such a “horizontal” orientation (see Fig. 1b). Actually, we observed even more peculiar feature: at a certain temperature not only the OH-stretching peaks disappear, but also all peaks generated by silicon-oxygen vibrations, like the chains of TO4-rings also “evaporated”. However, apparently the amphibole structure did not collapse, because the “vertical” orientation clearly indicated that amphibole did not undergo any reconstructive phase transition or partial amorphization. Even more astonishing, the spectra in both scattering geometries recover if the sample is heated in an N2 environment, whereas the spectral changes are quenched if a certain threshold temperature is reached on heating in air.

The thorough analysis of the experimental data, together with the results of density-functional-theory modelling reveals the following picture: temperature triggers electron transitions between hybridized O 2p and 3d levels of octahedrally coordinated Fe2+, which couple with longitudinal optical phonons involving FeO6 vibrations via Fröhlich interactions. The resultant small polarons have a dipole moment parallel to the TO4-MO6 strips and this is the reason for a complete change in the Raman selection rules for the “horizontal” orientation. In this case Ei is parallel to the polaron dipole moment and therefore the incoming photon interacts with both the phonon and the electron, that is, resonance Raman conditions are realized. As a result, a selective enhancement of the Raman peaks related to FeO6 vibrations and suppression of those related to oxygen-hydrogen or silicon-oxygen vibrations occurs. Contrarily, in the case of “vertical” orientation, when Ei is perpendicular to the polaron dipole moment, the incoming photon interacts only with the phonon, and we observe just “normal” (non-resonance) Raman scattering.

Thus, we provide a solid experimental evidence for highly anisotropic formation of temperature-activated mobile small polarons, the diffusion of which through the mineral bulk occurs exclusively along the strips (see Fig. 2a). Note that in an independent study we have shown that the diffusion of temperature-activated delocalized H+ within the amphibole structure is, conversely, stronger perpendicular to the TO4-MO6 strips; a possible hopping mechanism is sketch in Fig 2b. The presence of external oxygen stimulates the ejection of H+ and thus of electrons from the crystal. Therefore, heating in air results in a unique metastable state with an anisotropic surface-to-bulk gradient in the chemical potential, which is quenched upon cooling down to room temperature. The two main implications of our results are: 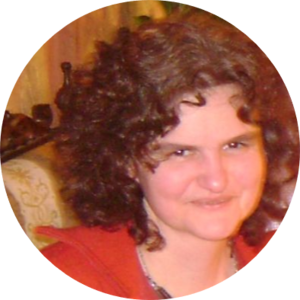