Nanowire targets modify the dielectric on the scale of the laser wavelength, enhancing absorption and allowing the creation of extreme states. Diagnosing transient conditions created by irradiating these targets at high intensity is challenging, but can offer insights into the plasma dynamics.

I was first introduced to nanowire targets 4 years ago - arrays of vertically aligned wires with ~100 nm diameter and micron-length - along with all the theory behind how these carefully manufactured laser targets have enhanced optical absorption. Their ability to absorb a lot of incident light makes them of great interest as laser targets to couple in more energy, but make it impossible to get any depth perception seeing them in person since they just appear as matte black - which is the reason I don't include a picture of the targets other than a scanning electron microscope image.

At low- to mid- intensities each of these wires can act as a linear antenna as electrons are constrained within the wire geometry, re-radiating incident light parallel to the surface, and therefore not supporting the same material response as bulk metals to give us usual Fresnel reflections. This had been successful in extending nanowire capabilities up to some higher intensities using extremely short pulses (< 50 fs) whereby the nanostructure of the target is unaffected during the pulse - but the potential utility of these targets as bright x-ray backlighters for radiography, or by itself as a potential route to ultra-high energy-density plasma conditions requires coupling more energy into the target. So the natural next step was to put them in front of a bigger laser - in this case the Orion short-pulse laser at AWE, squeezing 100 J into 600 fs full-width half-max in a 10 μm focal spot to give relativistic intensities. The usual intensity metric for these conditions is the ratio of the electron quiver velocity in the laser with it's rest mass - in our case a0 ~ 6.

Various different aspect ratio Nickel nanowire targets were shot with the Orion drive, observed with an ultra-fast x-ray streaked spectrometer, with ~1 ps time resolution, and spectral resolution of O(eV), to see if we could experimentally determine differences in the dynamics of these targets via the x-ray emission as they explode. The data analysis was where I came into the picture - presented with images of the raw output of the streak camera. Using both the FLYCHK collisional-radiative code to simulate emission spectra for various temperatures and densities relevant to our target we could see no single condition matched - sort of expected when you have solid density Ni surrounded by a void that it wouldn't be described perfectly by the average 15% solid density.

Fitting the time-resolved spectral data using a reduced number of parameters which effectively limits the functional form - or equivalently the resolution of the plasma conditions extracted in temperature and density - we were able to see the dynamics of these laser targets as they evolve on picosecond timescales, matching up with a lot of the dynamics of simulation work but giving us an excellent bench mark to compare to our codes. While a flat foil is described by the skin depth, and rapidly ablates to form a plasma mirror, the nanowire targets can demonstrate wildly different behaviour at these intensities.

One of the key differences when a high-intensity laser is incident on a nanowire target is that instead of electrons being driven along the wires like linear antennae, they are stripped from the wires and driven in the inter-wire voids; while in a solid target this causes a local return current, in nanowires these become spatially separated as the return current is drawn up within the wires, heating the dense wire cores and confined by gigagauss magnetic fields. As the positively charged wire-tips coulomb explode, they collide with each other and can generate significant secondary heating in the target, seen as a late-time spike in the ionization levels fitted to the emission. The volume of plasma in the target is also much greater, as the laser can penetrate further into the target because of its modified dielectric tensor, which then requires more time to expand and cool compared to foil targets.

In this case the conditions generated only gave us 3 times the x-rays from nanowires compared to foil targets - mainly due to the pulse duration, since the wires rapidly explode and homogenize to reflect away a lot of the pulse energy at these intensities. But what we really want to present here is the method to diagnose the full evolution and dynamics in these laser targets when irradiated at relativistic intensities from a single shot has potential utility over a range of studies in warm dense matter and high energy-density studies. These results should also inform any future experiments attempting to couple more energy into nanostructured targets to produce extremely bright x-ray sources, particularly interesting as ever higher intensity and higher repetition-rate laser drivers come online, and bring the potential to achieve unprecedented plasma conditions in the lab in a repeatable way.

To read the whole story about the dynamics of these laser targets and the complicated path they trace in temperature and density as they evolve, you can read the paper at

or click Read the paper at the top of the page. 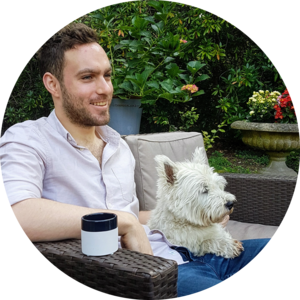