Spider silks are fascinating materials: they have allowed spiders to conquer the majority of the natural habitats. In doing so, spider silks have been forced to face mechanical and environmental challenges that have made them some of the toughest and strongest natural materials known to man.

Because of silks’ unique properties , intellectuals, scientists and philosophers have been inspired by spider silks in the development of our technological and cultural heritage1. Working on such topic is a privilege as well as a responsibility, especially if you are a spider’s enthusiast as I am.

I came across the Swedish group led by Prof. Anna Rising (Figure 1) during a Silk Conference in Sheffield (2017). Astonished by their work in biomimetic spinning2, I asked them for a collaboration to explore the mechanical properties of their biomimetic fibres more in details. In doing so, we noticed that the fibres were strongly affected by humidity and, thus, we decided to investigate this phenomenon. Interestingly, we discovered that the biomimetic artificial spider silk displayed supercontraction (shrinkage when exposed to humidity) which is a well-known phenomenon observed in natural spider silk 3. When exposed at high relative humidity, the fibre shrinks and swells with concomitant plasticization (Figure 2, artificial fibres). As the reader may be aware of, spider silks and their artificial counterparts are of the interests to scientists because of their potential usefulness in biomedical applications and it is, thus, crucial to understand their mechanical and morphological behaviour when exposed to wet environments.

According to the literature about supercontraction in native spider silk, the amino acid residue proline is suggested to be one of the main mediators of the phenomenon. This was very interesting to us since our protein is completely void of proline residues in the part that is affected by water, but still fibres made from this protein contracted like the native fibre.  In this context, there is an advantage of using an artificial recombinant protein, since it has a defined composition (we know the amino acid sequence) and fibres can be made from one protein only, while in the native fibre there are many proteins. This also made it possible to investigate the effect of specific amino acid residue substitutions.

Based on the molecular simulations of silk proteins done by Giesa et al.4, we exchanged the tyrosine residues of our recombinant protein to phenylalanine that should be much less prone to interact with water. Following our previous established protocol5, we produced the original protein and the tyrosine mutant, spun the proteins into fibres and analysed the supercontraction and the mechanical properties in both of them. Indeed, the exchange of tyrosine substantially reduced supercontraction, but did not affect the mechanical properties of the fibres.

The measurements of the fibres’ supercontraction in response to increased humidity was a challenge per se. These fibres are some micrometres in diameter and thus they require patience and steady hands when handling them.

The reduction of supercontration (with the aim to eventually tune it) is just one of the numerous opportunities that arise from studying this bio-inspired silk, which recapitulates the main mechanisms in native spider silk formation. In fact, this material and this spinning protocol offers a great opportunity to better understand the natural counterpart and is linked to biomimicry6.

Biomimicry is based on the sense of awe that nature solutions to problems can be translated into ideas or designs to solve specific human technological needs. But before mimicking nature, we need to understand it. The biomimetic approach is, thus, represented as a schematic (Figure 3), which describes the basis and thinking of our work.

I would like to thank all the people (Anna Rising in particular) that contributed (and continuously contribute) to this work and supported me, and if you are interested in having a nice reading, see below. 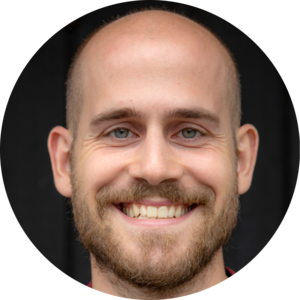