A twisted light metasurface hologram has been designed and 3D laser nanoprinted in a large scale, which can lenslessly reconstruct a holographic video with 200 independent orbital angular momentum image channels. 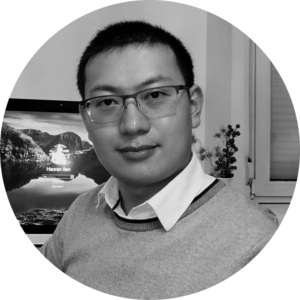 Recent advances in metasurface technologies have allowed the use of an ultrathin device to manipulate the amplitude, phase, and polarization of light, leading to a more versatile platform for digitalizing an optical hologram with nanoscale resolution. To increase the bandwidth of a metasurface, essential for optically addressable holographic video displays with fast switching of image frames, different degrees of freedom of light including polarization, wavelength, and incident angle have been exploited to carry and multiplex different holographic images. However, the bandwidth of a metasurface hologram has remained too low for any practical use.

Recently, storing information in twisted light carrying orbital angular momentum (OAM) has become an intriguing trend, as this degree of freedom has an unbounded set of orthogonal helical modes that could function as independent information channels. Unfortunately, due to the lack of OAM sensitivity, a conventional digital hologram fails to offer distinct responses to different OAM modes. Our aim is to realize such OAM sensitivity by a metasurface hologram for high-bandwidth holographic multiplexing. In last two years, we have proposed a Fourier space OAM-dependent sampling method [Nature Communications 10, 2986 (2019); Nature Photonics 14, 102-108 (2020)] for OAM holography using phase-only metasurfaces. Even though these works solved the use of twisted light for holography, the neglected amplitude information in their phase-only holograms breaks the linear superposition principle for holographic multiplexing. As a result, multiplex information from only four image channels has been demonstrated by a metasurface hologram.

In our new work, we demonstrate the use of a complex-amplitude metasurface hologram for high-bandwidth OAM-multiplexing holography. This complex-amplitude metasurface hologram with complete and independent amplitude and phase control allows the superposition principle for holographic multiplexing to continue to hold, and hence opens the possibility of eliminating image multiplexing crosstalk. As a result, twisted light with continuous helical mode indices ranging from -50 to 50 have been coupled to the complex-amplitude metasurface to address 200 OAM-dependent orthogonal image frames, allowing an all-optical holographic video display without involving any scanning approach. In the meantime, our work demonstrates 3D laser additive manufacturing of a large-scale (2.5 mm × 2.5 mm) complex-amplitude metasurface, unlocking the full degrees of freedom of a 3D metasurface. In our work, the height and in-plane rotation of a birefringent polymer nanopillar are employed to independently control the amplitude and phase responses of transmitted light. Such a 3D-printed metasurfaces may inspire novel metasurface designs for a wide range of photonic applications in which current flat optics has made significant impacts. Moreover, we envision that our work combining high-bandwidth OAM holography with a large-scale 3D metasurface has impact on smart head-up displays, wearable devices for augmented reality, ultra-secure optical encryption, and deep-learning microscopy.

Marine sponges inspire the next generation of skyscrapers and bridges