Unveiling the origin of relaxor behavior in ferroelectric polymers 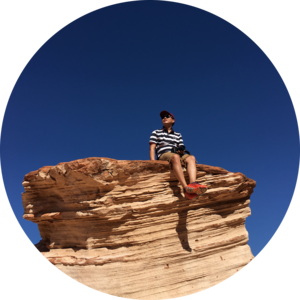 Relaxor ferroelectrics are known disordered systems whereas the existence of the disordered structures may lead to striking physical properties including ultrahigh piezoelectric coefficients, large dielectric permittivity over a broad temperature range, and strong frequency dependence in dielectric response, enabling a wide range of applications in acoustic sensors, transducers and actuators. However, the structural transition related to the unusual properties remains one of the central challenges in ferroelectric materials despite more than 50 years of intensive investigations.

Understandings of this new class of relaxor remain at the very early stage while most of them are either directly borrowed from the inorganic perovskite relaxors or based on unjustified hypotheses. In our recent work, we uncover the underlying structures of relaxor ferroelectric polymers. For the first time, relaxor ferroelectrics has been analyzed at the molecular level taking into account unique structural feature of polymers. We show that the relaxor property in ferroelectric polymers originates from conformational disorder, which is completely different from classic perovskite relaxors typically characterized by the existence of chemical disorder. As shown in figures below, atomic force microscopy-infrared spectroscopy (AFM-IR) has been utilized to confirm the existence of conformation disorders in relaxor, which provide definitive experimental evidence on the role of conformational disorder in polymer relaxors (see Figure 1). Using first principles calculations, we reveal the essential role of chain chirality in driving formation of the disordered helix conformation and the conformational disorder arises from local distortions of gauche torsional angles (see Figure 2). These insights not only has cleaned up the current misunderstandings of relaxor behavior in polymers and successfully rationalized the breakthrough results in relaxor polymers, but also guide us to discover new relaxor ferroelectric polymers with record electrostrictive coefficients achieved in ferroelectric family.

Back to Nature Materials
Next