Spatially variant polarization light fields have the potential to retrieve the full vectorial motion information of a moving object, and thus may develop into vectorial Doppler metrology.

Optical Doppler effect has spurred a myriad of applications, from cooling atoms to monitoring traffic flow, because of the ultra-high velocity, large bandwidth, and perfect directionality of light wave. It originates from the relative motion between a wave source and an observer, resulting in a shift of the wave frequency. In early manifestations, the common linear (longitudinal) Doppler effect was used for the deduction of linear (longitudinal) velocities along the direction of light. More recently, the rotational (transverse) Doppler effect was revealed to allow the measurement of rotational (transverse) velocities with structured light fields [Lavery, et al., Science 341, 537-540 (2013); Rosales-Guzmán, et al., Scientific Reports 3, 2815 (2013)].

Throughout the history of the Doppler effect, as well as its wide applications (e.g., Doppler metrology), it has always been based on scalar waves by detecting its blue or red shift of frequency. It is easy to get the Doppler shift by directly detecting scalar waves with low frequency, such as water and acoustic waves. By contrast, as for the light (electromagnetic) wave with ultra-high frequency (up to several hundreds of THz), extracting its Doppler shift usually employs the interference between the detected light and the coherent reference light. Remarkably, this interference implementation only allows the magnitude of motion velocity to be detected. It loses the direction information of the motion. The detection of direction information usually needs additional auxiliary techniques that may result in a complex, non-compact, and even high-cost measurement system.

It is well-known that apart from the well-established scalar properties, such as amplitude and phase, light also has a state of polarization (SoP) degree of freedom, describing the oscillated electric field in the plane perpendicular to the propagation direction. Instead of the uniform SoP of conventional scalar optical fields, the vectorial polarization fields (VPFs), characterized by spatially variant polarization distribution across the transverse plane or polarization vortices (singularities), have gained increasing interest and given rapid development in a diversity of applications. The most typical VPFs are azimuthal and radial polarization fields, and even higher-order VPFs, where the SoPs can be well described by the equator on the higher-order Poincaré sphere [Naidoo, et al., Nature Photonics 10, 327-332 (2016)].

In our early study, as for the optical vortex beams with spatially helical phase distribution, we revealed the internal relationship between rotational and linear Doppler shifts, either of which can be derived from the other based on the motion-induced time-evolving phase or the momentum and energy conservation in light-matter interactions [Fang, et al., Laser & Photonics Reviews 11, 1700183 (2017)]. Very recently, by exploiting the received Doppler polarization signals (DPSs) of the VPFs interacting with a moving particle, we find that the DPSs feature two-dimensionality and inherently carry the direction information of the motion, apart from the magnitude information of the motion velocity, as shown in Fig. 1. Even for the complicated motion, the time-varying polarization variation of DPSs indicates the magnitude variation of the velocity vector, while its chirality inversion denotes the direction reverse of the motion. We propose a method to analyze the DPSs by using two polarizers with a fixed polarizing angle difference. Using this method, one can obtain both the Doppler frequency shift and phase shift so as to retrieve or track the full vectorial information of the motion. It is worth noting that the relative phase difference (RPD) between different linear polarization components obtained by filtering the DPSs through two polarizers, regarded as the Doppler phase shift, is an important supplementary of the conventional Doppler effect based on scalar optical fields only utilizing Doppler frequency shift. It is such combined Doppler frequency shift and Doppler phase shift that allow for the full determination of the velocity vector (magnitude and direction) of a moving particle, and thus developing into vectorial Doppler metrology. 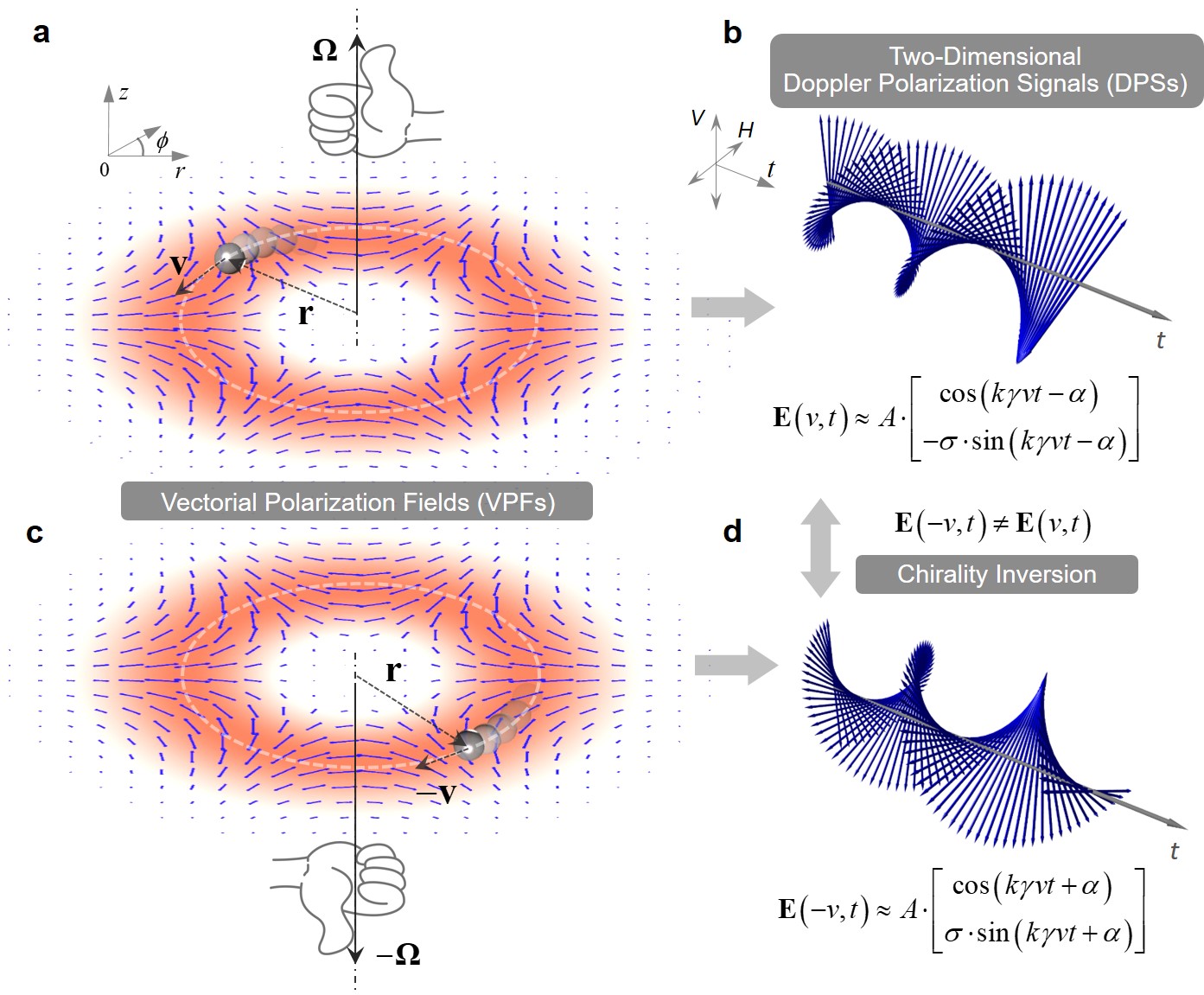 We also consider the anisotropy and the spin around the mass center of a moving particle when it interacts with the VPFs. We analyze and discuss the possibility of simultaneously determining the rotational velocity (magnitude and direction) and the spin speed (magnitude and direction) of a moving particle by analyzing the Stokes parameters of the DPSs.

Remarkably, the proposed and demonstrated vectorial Doppler metrology enables the detection of the motion vector without using an additional reference light, and therefore shows high anti-interference to environmental disturbance. All these benefit from the full exploitation of the spatial polarization dimensionality of VPFs. Our findings may offer many emerging applications in Doppler velocimetry, metrology, and monitoring for universal motion vectors in the natural world and human industry. 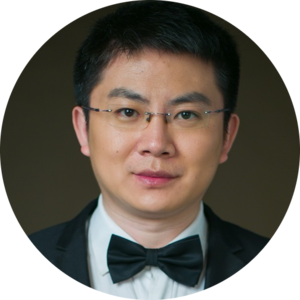